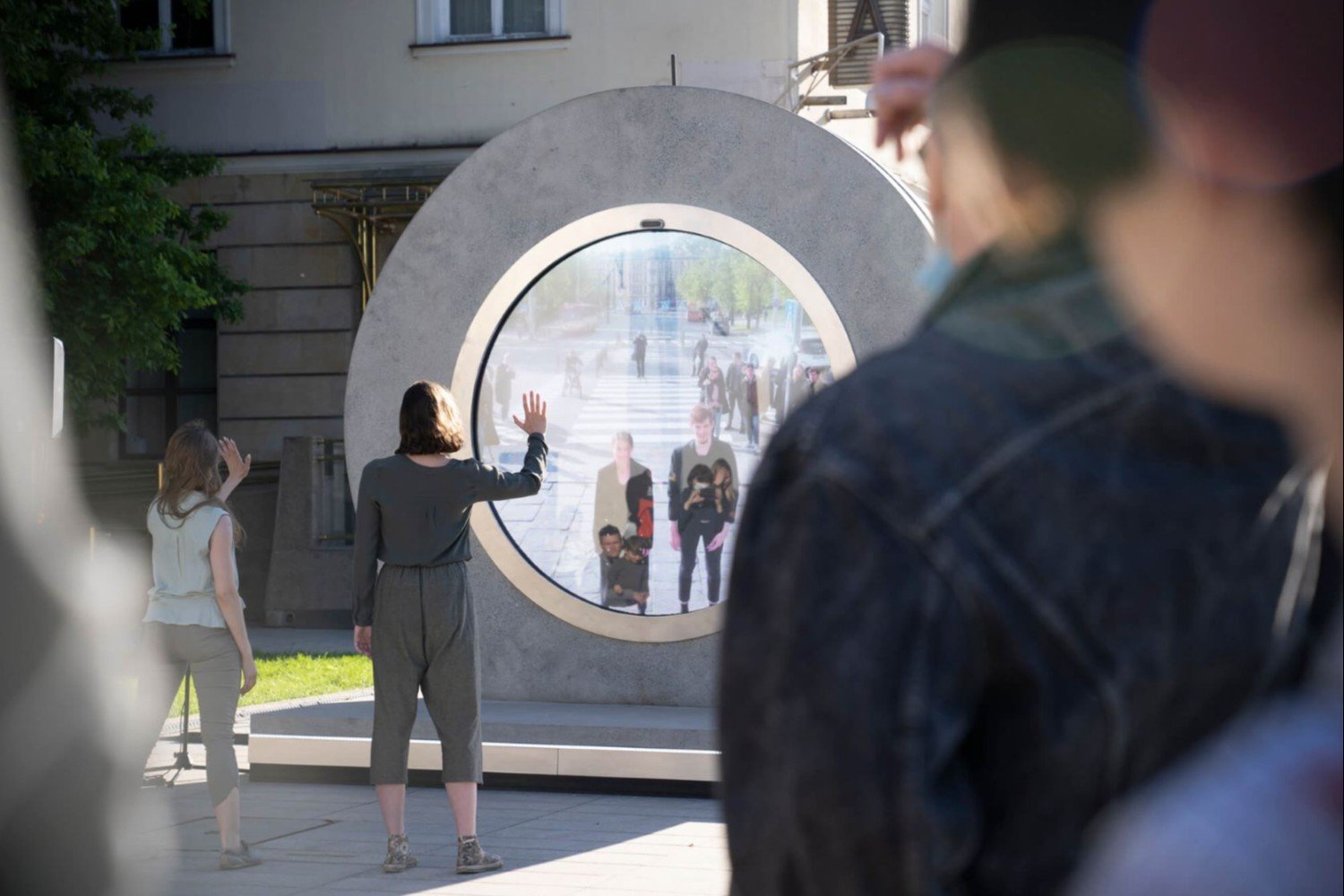 YOU’VE seen them in science fiction and fantasy movies such as Star Trek, Doctor Strange, Stargate and Harry Potter.

Portals that link two places, offering a window on another world or country. And, of course, they’re make believe.

Until now. Because the city of Vilnius, capital of Lithuania, has one for real, linking to the Polish city of Lublin.

Although you can’t travel through the portal (that’s still the stuff of sci-fi, I’m afraid) you can see each city in real life real time.

Dubbed ‘pOrtal’ – it does what it says on the tin – it can be found next to Vilnius railway station. Meanwhile, its counterpart is sited in Lublin’s central square.

The Portal resembles a virtual circular door and has a large screen and cameras, with which live online images are beamed.

It means you can stand in Vilnius and interact with someone in Lublin faster than you can say ‘Beam me up, Scotty!’ 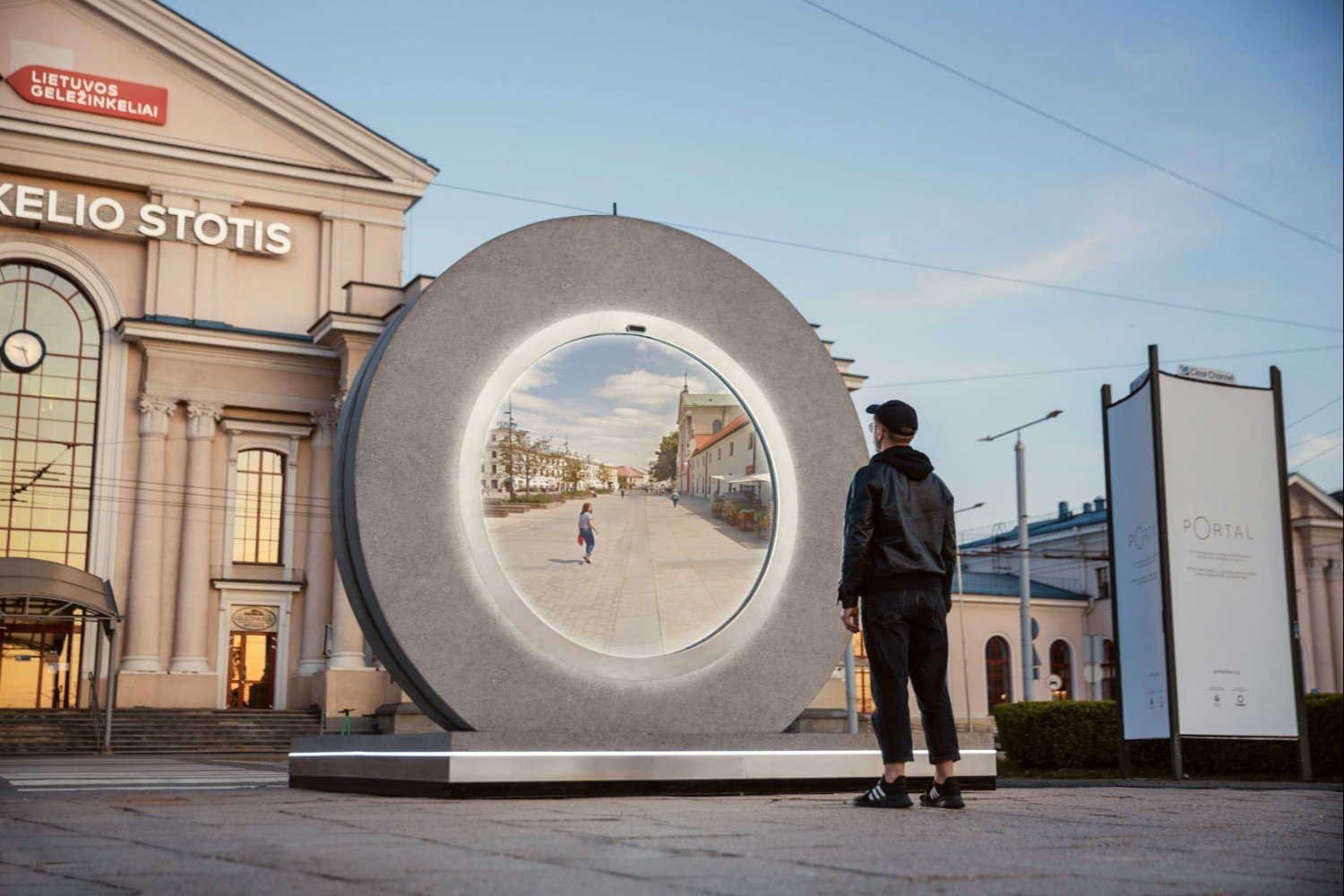 Organisers say the portal serves as ‘a visual bridge and new wave community accelerator that brings people of different cultures together and encourages them to rethink the meaning of unity’.

Whatever the rationale, it’s certainly an eye-catching attraction.