CRUISE giant P&O has unveiled the first look at its SkyDome retractable roof, which will feature on new ship Arvia, in a CGI video.

A first for P&O Cruises, it has been designed to maximise time in the sunshine in the warm climes Arvia will visit when she joins the fleet.

She will sail a Caribbean maiden season in Winter 2022, with the roof ensuring that the area’s sharp sudden showers do not dampen spirits.

Every aspect of Arvia has been designed to bring guests even closer to the sea, sky and shore, reflecting its name which means ‘from the seashore’.

Arvia’s SkyDome will be a relaxed pool environment by day then will be transformed at night with entertainment such as live music, big production shows, DJ sets and blockbuster movies al fresco.

The roof, measuring  40.96m by 34.24m, was designed by Martin Francis with engineering works carried out by award-winning British firm Eckersley O’Callaghan. 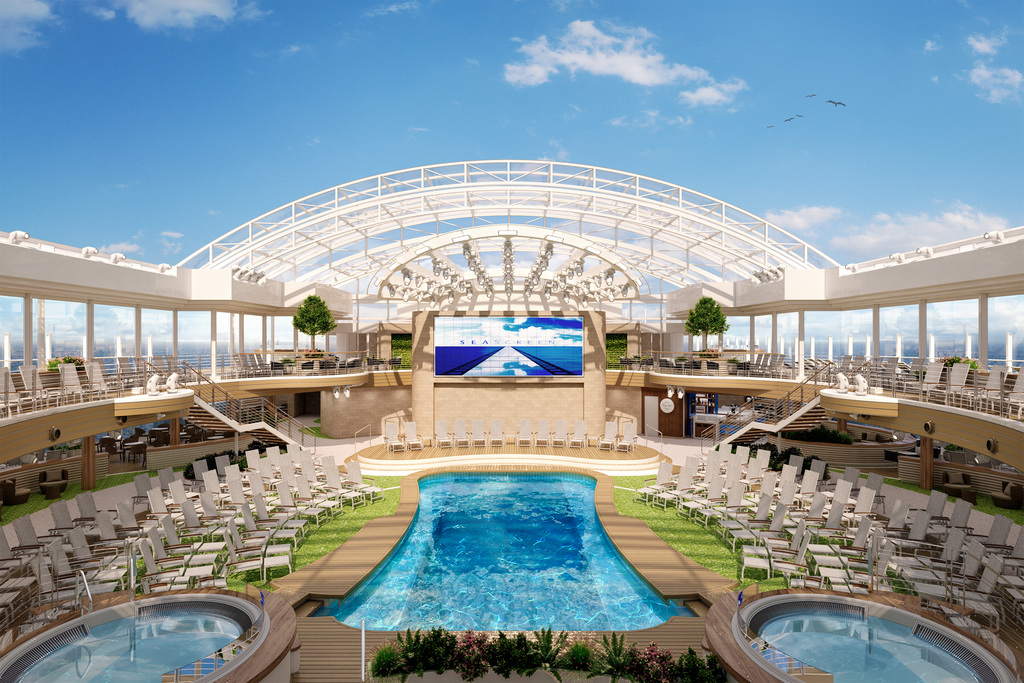 The renowned engineering company has worked on projects ranging from the Bulgari Glass House in Italy to Apple Park in California and its Steve Jobs Theater – the largest structure in the world supported solely by glass.

The SkyDome was first seen on P&O’s Iona, which launched in May 2021, but will be the first ship of the line with the retractable roof.