CHAMPION! That’s the verdict of reggae chart stars UB40 as the Commonwealth Games 2022 opens in the band’s British hometown of Birmingham today.

Games anthem Champion sees the band join forces with fellow Brummie rappers Dapz On The Map and Gilly G in a video showcasing the tournament’s values.

At the song’s heart is the message that we can all be champions at whatever we do.

You can watch the video here. Filmed on the balcony of the landmark Library of Birmingham in Centenary Square, it includes clips of athletes at the Alexander Stadium, centre of the event.

In keeping with the all-Brummie focus of the team behind the event, it was directed by award-winning Birmingham filmmaker Daniel Alexander. 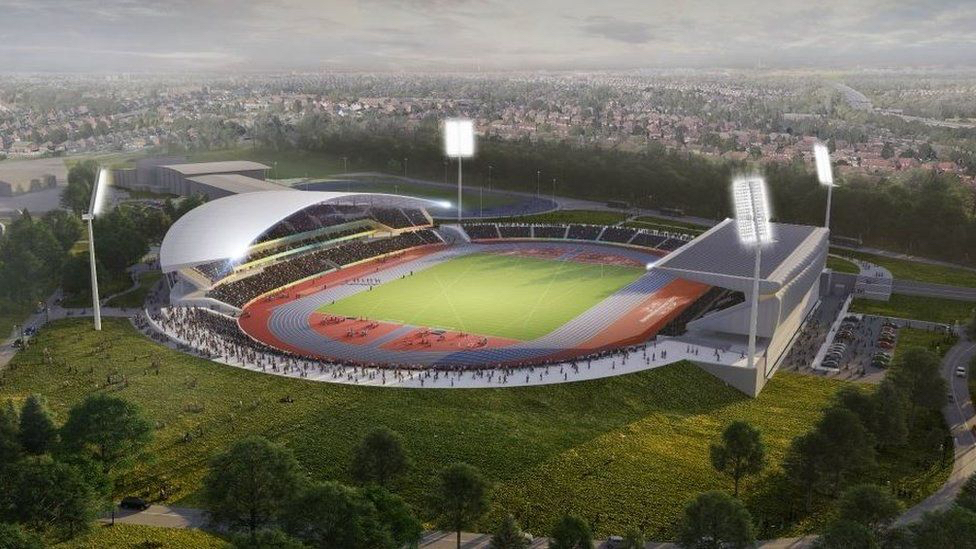 The City of Birmingham Symphony Orchestra, Birmingham Royal Ballet, Black Voices, a 700-strong community choir and hundreds of dancers are also in the show.

We’re promised surprises aplenty too as a 35,000-strong audience pack the stadium, and an estimated one billion watch on TV around the world. It all starts at 7pm tonight on BBC1 and iPlayer.

For all the latest news on the Games, tickets and details of what’s on where, make tracks to birmingham2022.com