Kayaking and mountain biking in Norway 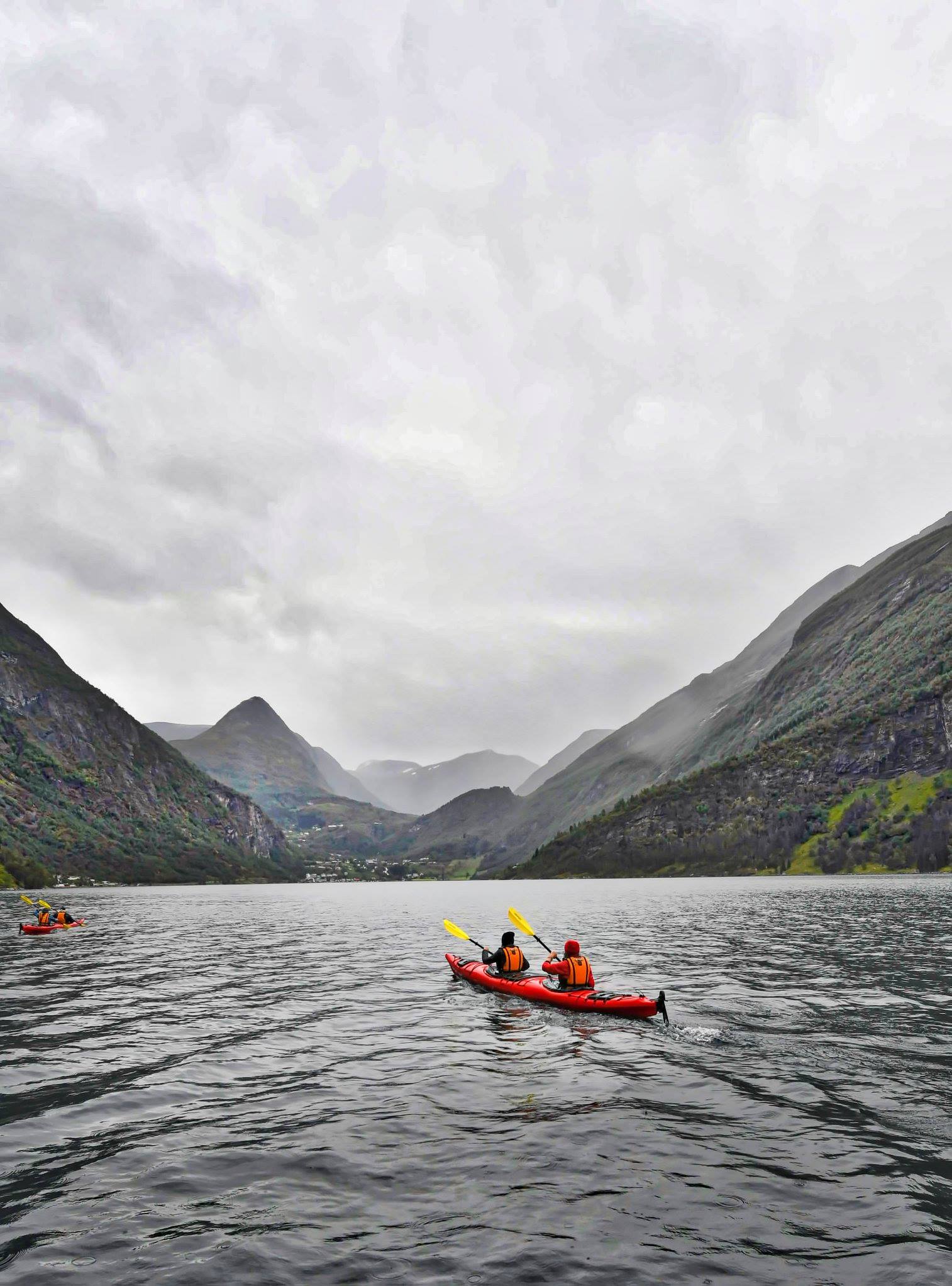 Well, yes, you can do all these things. To your heart’s content. But, and it’s a big cruise ship-sized but, there’s another whole wide world out there.

An alternative universe where grey doesn’t mean grey. Where people of all ages, even a sixtysomething like myself, can get the adrenaline running. And not just at the eve of departure snowball bingo….

Where you can live life to the full, and recapture or replenish your youth.

Cruise giant P&O has just taken delivery of new supership Iona, a delivery delayed by the Covid-19 pandemic and the halt the virus put on travel. 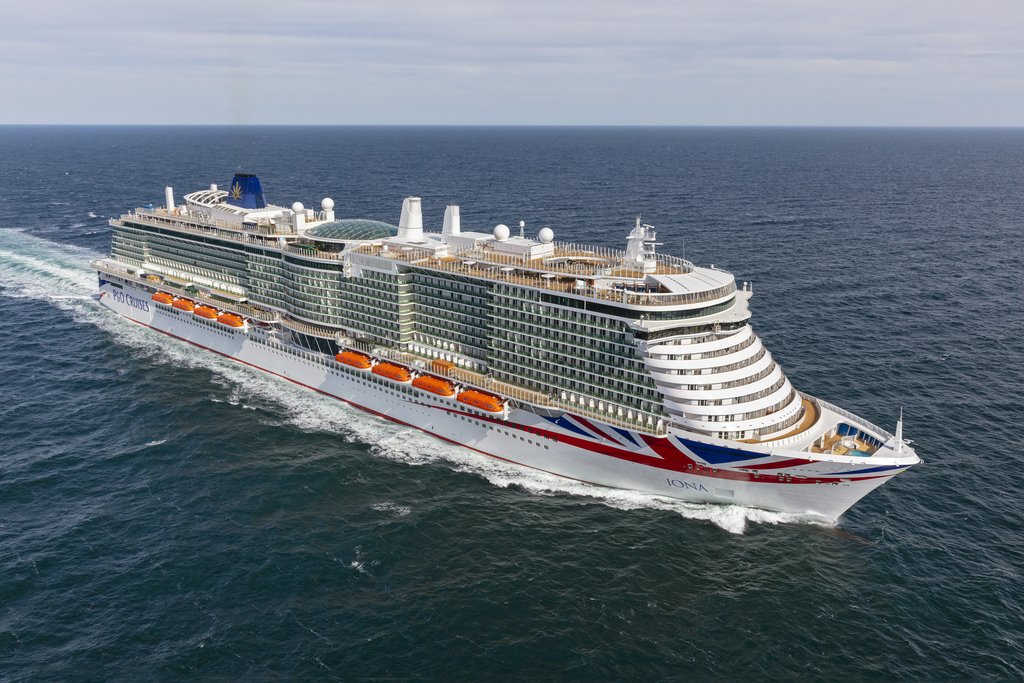 It’s hoped that she’ll be sailing sometime in the new year, and it’ll be well worth the wait, not least because Iona does things differently. 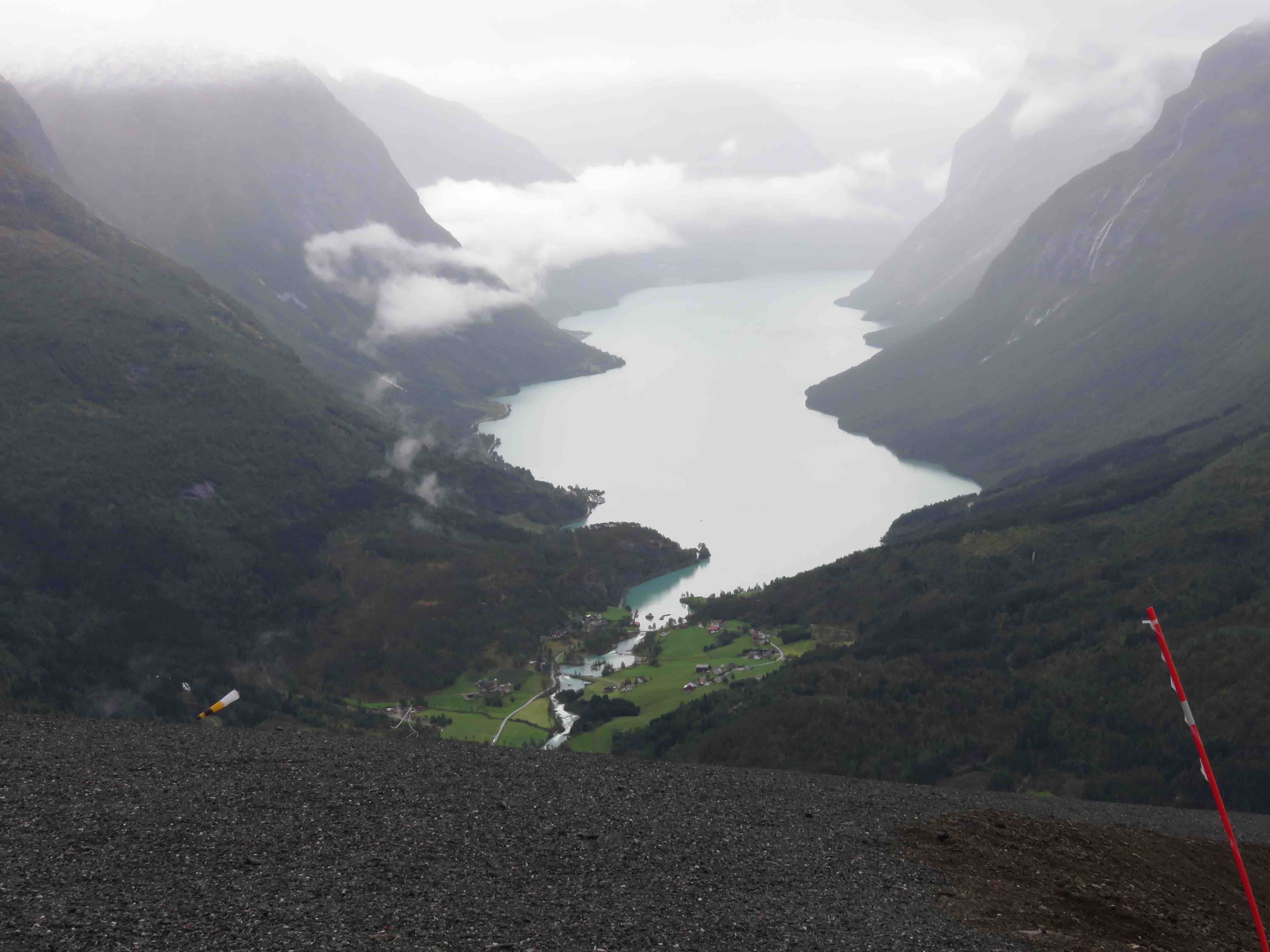 That’s just some of the excursions from Geiranger and Olden. There’s more at other ports of call and, be warned, they book up fast. Word is getting out that cruise itineraries once considered the preserve of the elderly are getting as cool as the ice on the Briksdal Glacier.

And never mind the weather. Helicopter trips aside, you can take your slice of action in pretty much anything the heavens choose to throw at you.

That’s just as well because Norway – and Bergen in particular – is known for its rain. Dry days are a rarity.

After a safety briefing, and being kitted out in life preservers, we set out on the saltwater of Geirangerfjord in kayaks, heading through the 260 metre-deep seaway surrounded by towering 1,700m cliffs that dwarf even the biggest cruise ships. 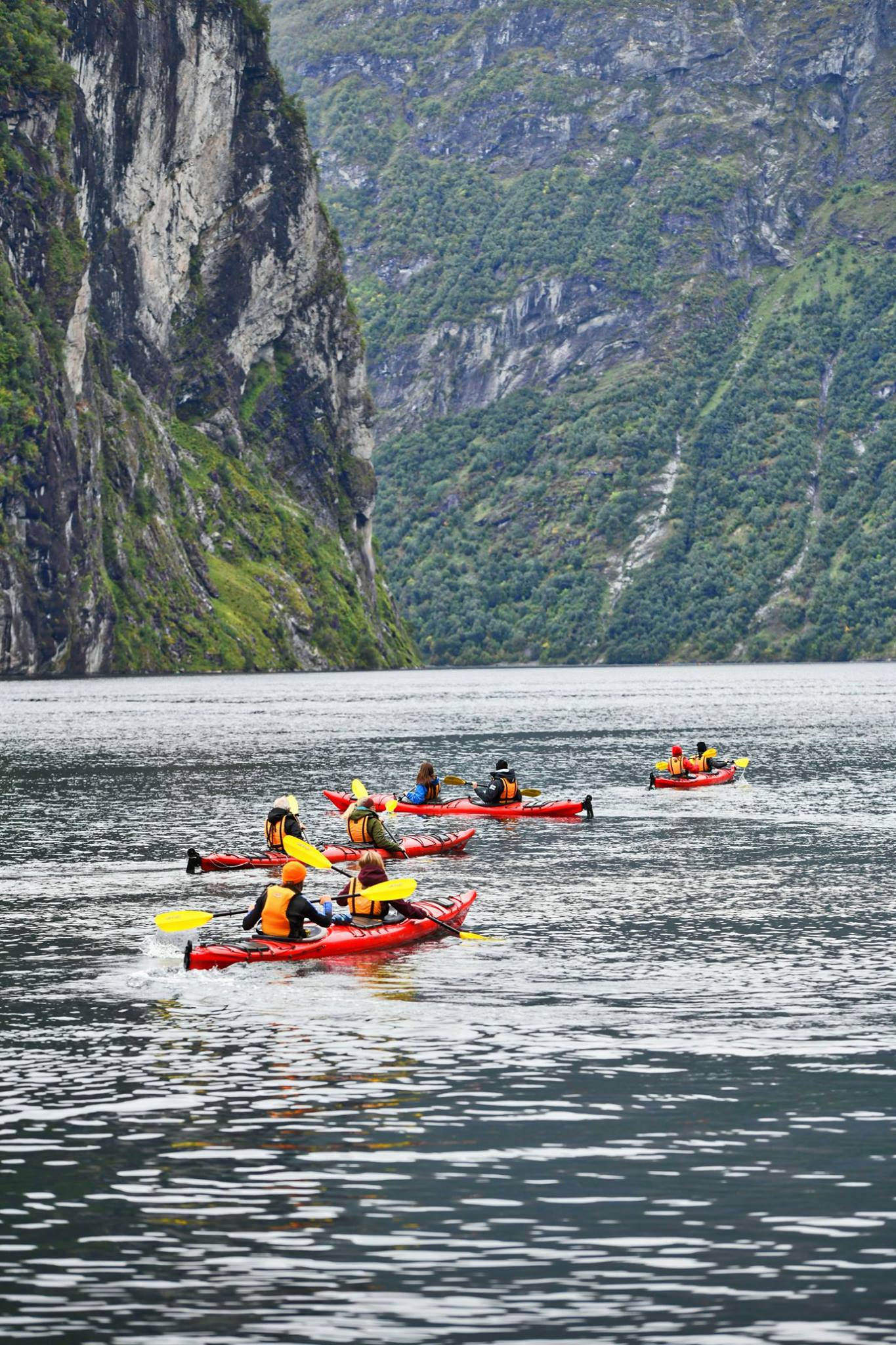 There’s little more serene that the gentle progress through this natural wonder, a photo opportunity round every corner (but bring a waterproof camera or phone).

The quiet swish and subtle splash of oars cleaving the water to a gentle beat is relaxing. And if you’ve paid attention to the briefing, not too tough on the arms either.

We head towards the famous Seven Sisters waterfall. Actually, after some unseasonal warm weather (for Norway, anyway) they’re currently the Four Sisters. But who’s counting in such scenic splendour? 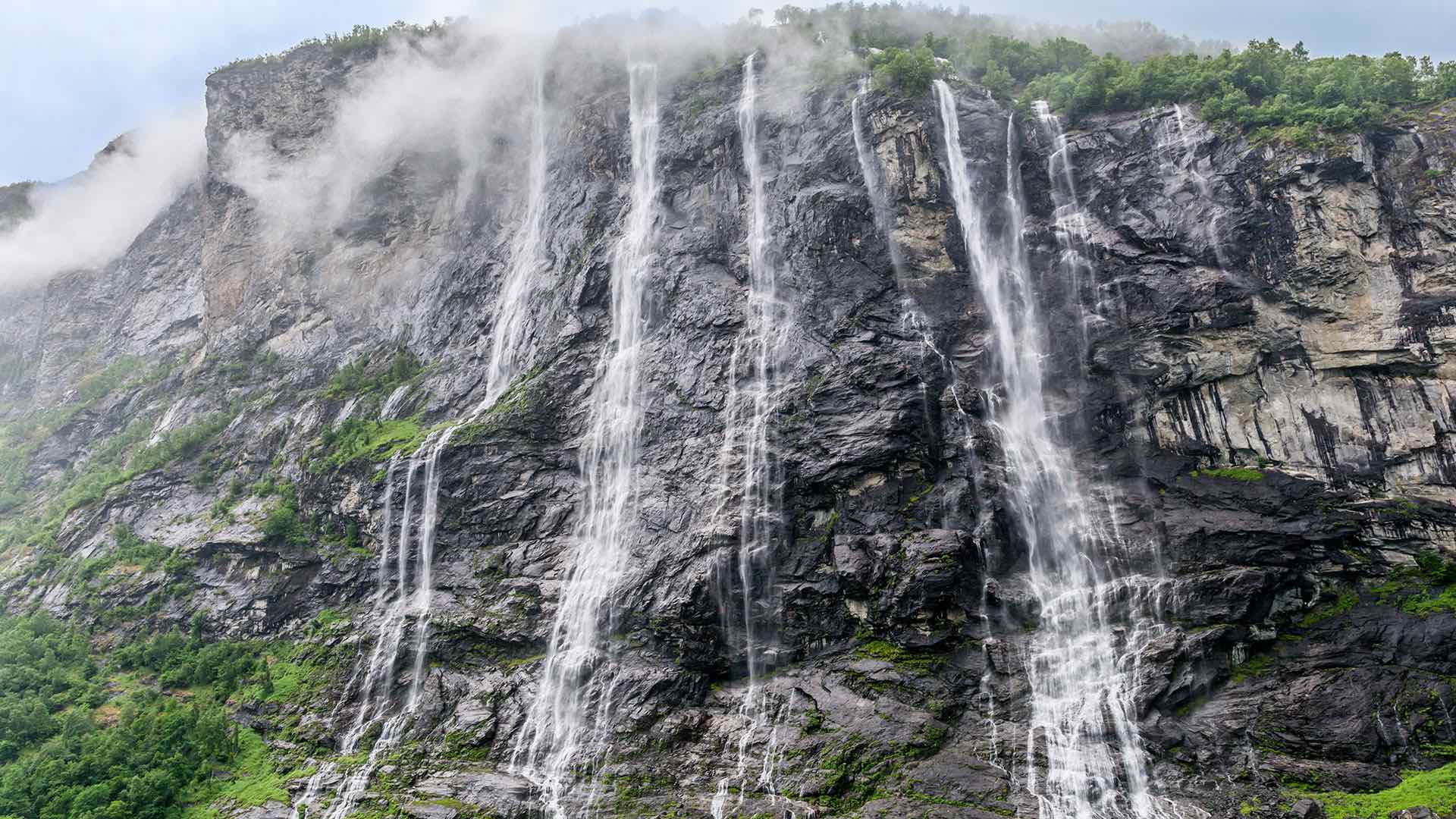 We have a local guide and expert kayaker with us and he signals points of interest, enticing us into shore to see wildlife, and watch out for other craft on the fjord.

Ferries can create a hefty bow wave which you’ll certainly feel as it spreads out across the water. (Advice, by the way, is to head in to the wake for best balance).

And you don’t want to be anywhere near a 3,000-passenger ship, up to five of which can visit Geiranger at the height of the season. Trust me.

Yes, of course the heavens open. Yes, of course we get wet (although not as much as you might expect in the skirted kayaks). No, our spirits aren’t dampened. Not for a moment.

If anything, the rain adds to the experience, and the waterfalls look wonderful. 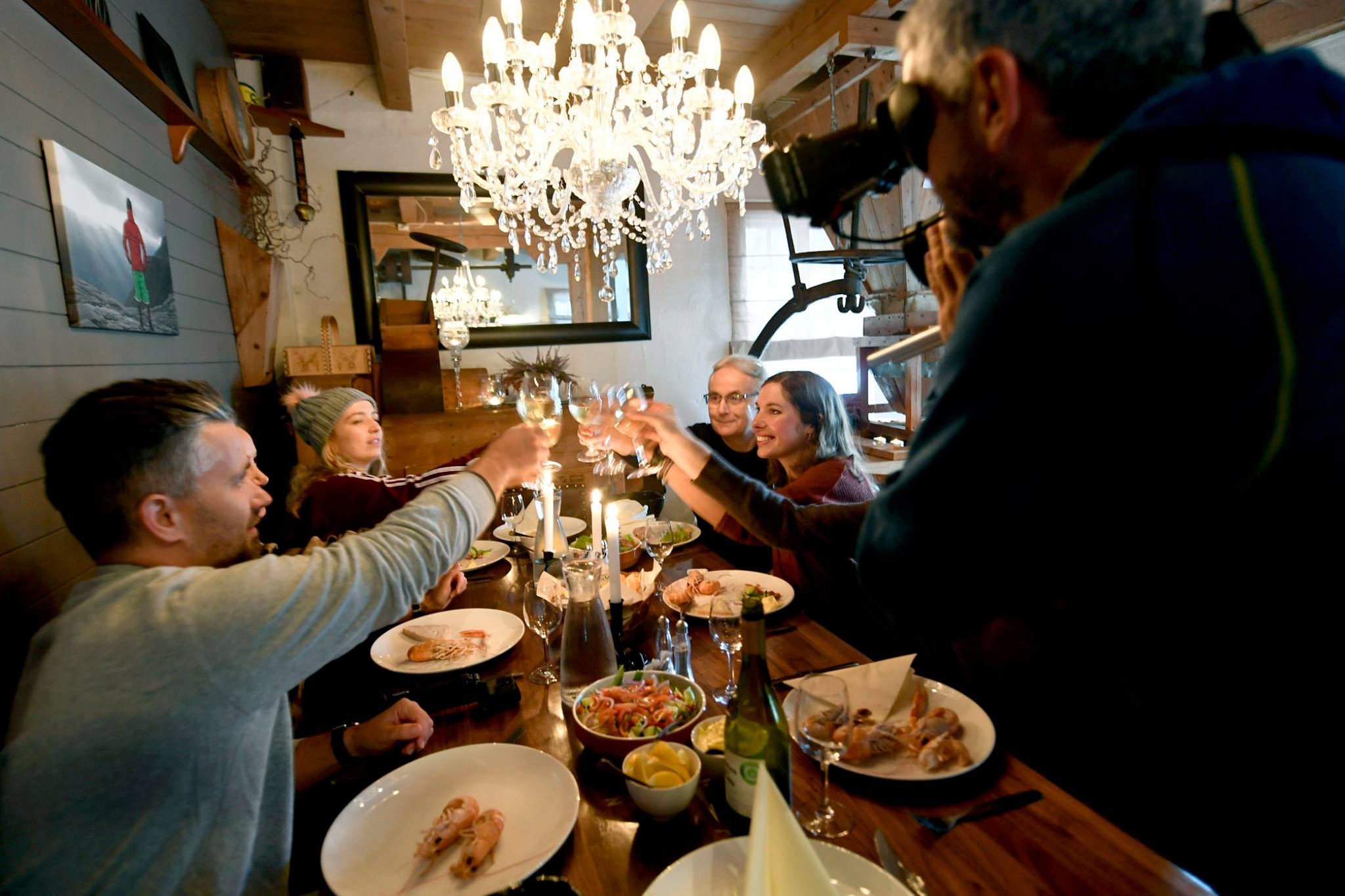 After two and a half hours on the water, we arrive back for a celebratory spread of local beer, seafood and cheeses, one of which we are told is “the best cheese in the world”.

It’s a phrase you’ll hear a lot in Norway. The USA may lay claim to the largest and the biggest of everything, but in the fjords size doesn’t matter. Simply the best.

If kayaking doesn’t float your boat, then mountain biking proves that life isn’t all downhill from here – unless you want it to be. 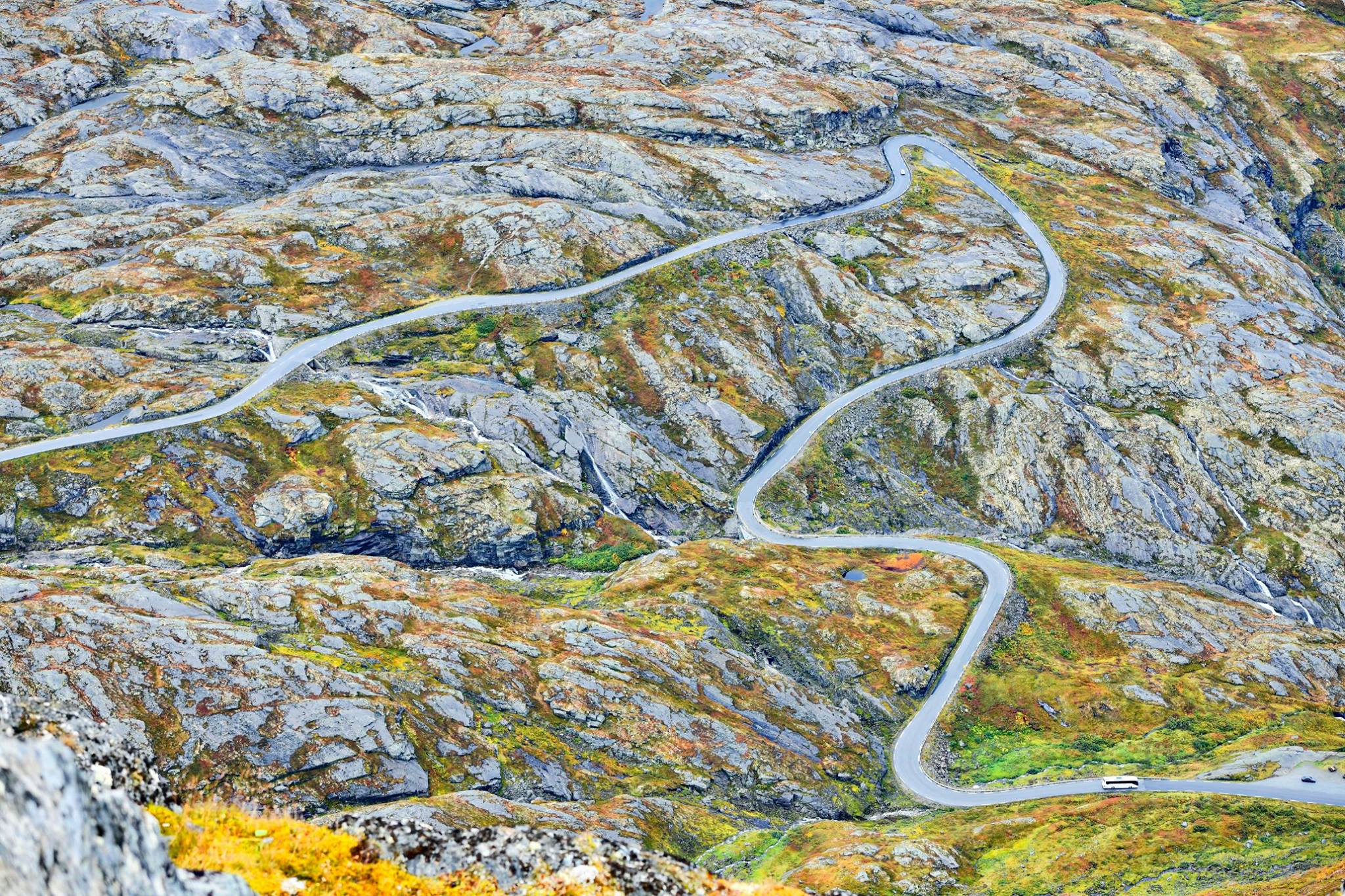 From Sky to Fjord is a 17km downhill run from Djupvatnet to Geiranger’s village centre, taking you down steep gradients and the tightest of hairpin bends on the mountain road.

Before you gear up, however, take a trip further up the road to Dalsnibba where at 1,500m a see-through skywalk allows you to stroll out into thin air. That gets the pulse racing. 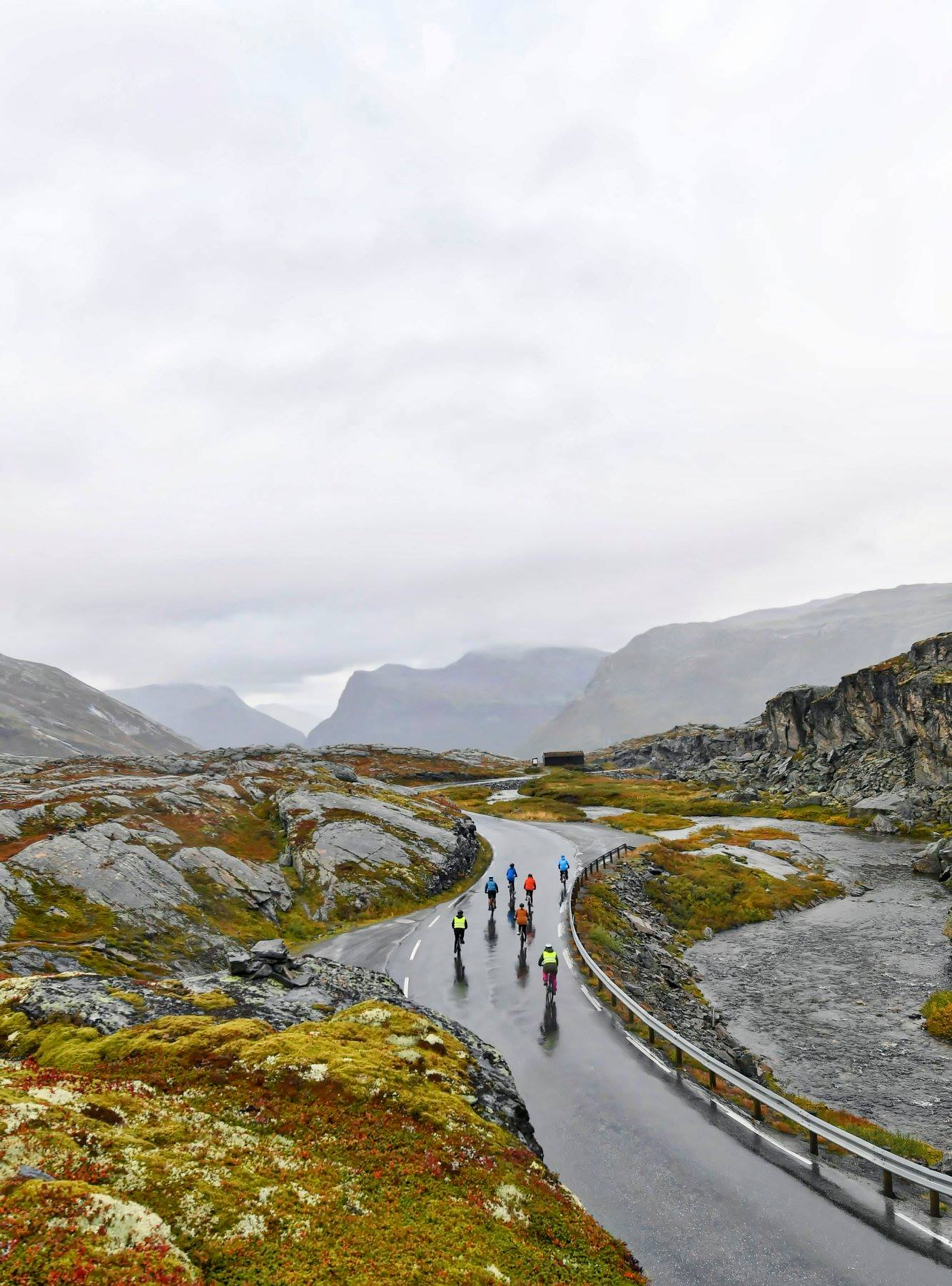 The ride down is exhilarating as the wind and rain (I warned you) bite your face, while all you can hear is the thunder of mountain waterfalls, and the temptation is to stop for photos at every turn.

That’s OK, by the way. The ride, led by an expert biker and backed up by a support vehicle, allows more than an hour to descend the 1,010 metres from the lake. 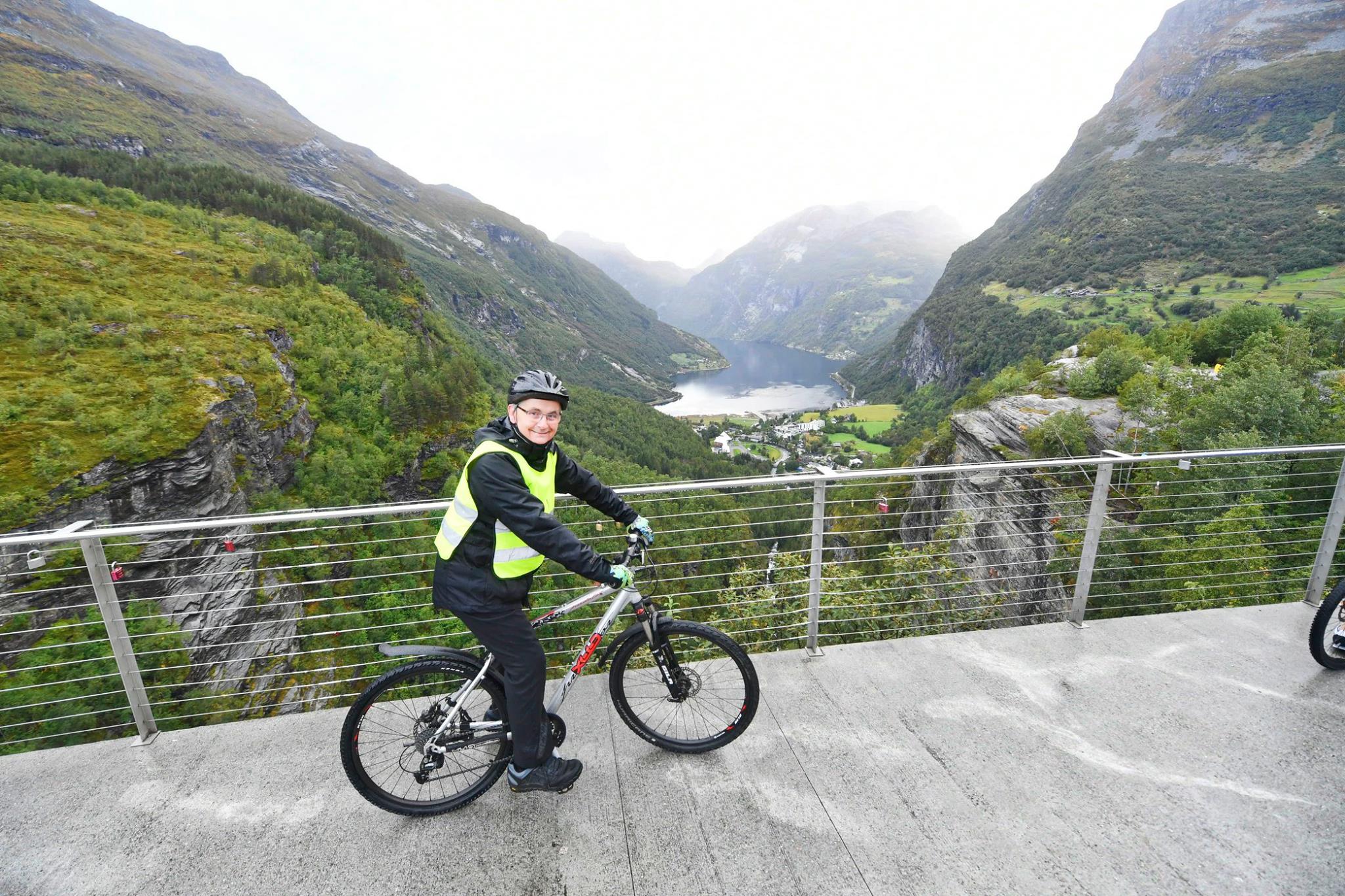 Flydalsjuvet is a popular viewpoint from which many of the iconic tourism images of Norway have been taken over the years. It’s one you won’t want to miss.

And I promise you this. Once you reach the bottom you’ll want to do it again. The excursion takes you to the top by bus, so the downhill pedalling is effortless.

Back out on the water next day, and fully suited and booted in waterproofs, we ride a RIB – that’s a Rigid Inflatable Boat, landlubbers – out into Nordfjord. 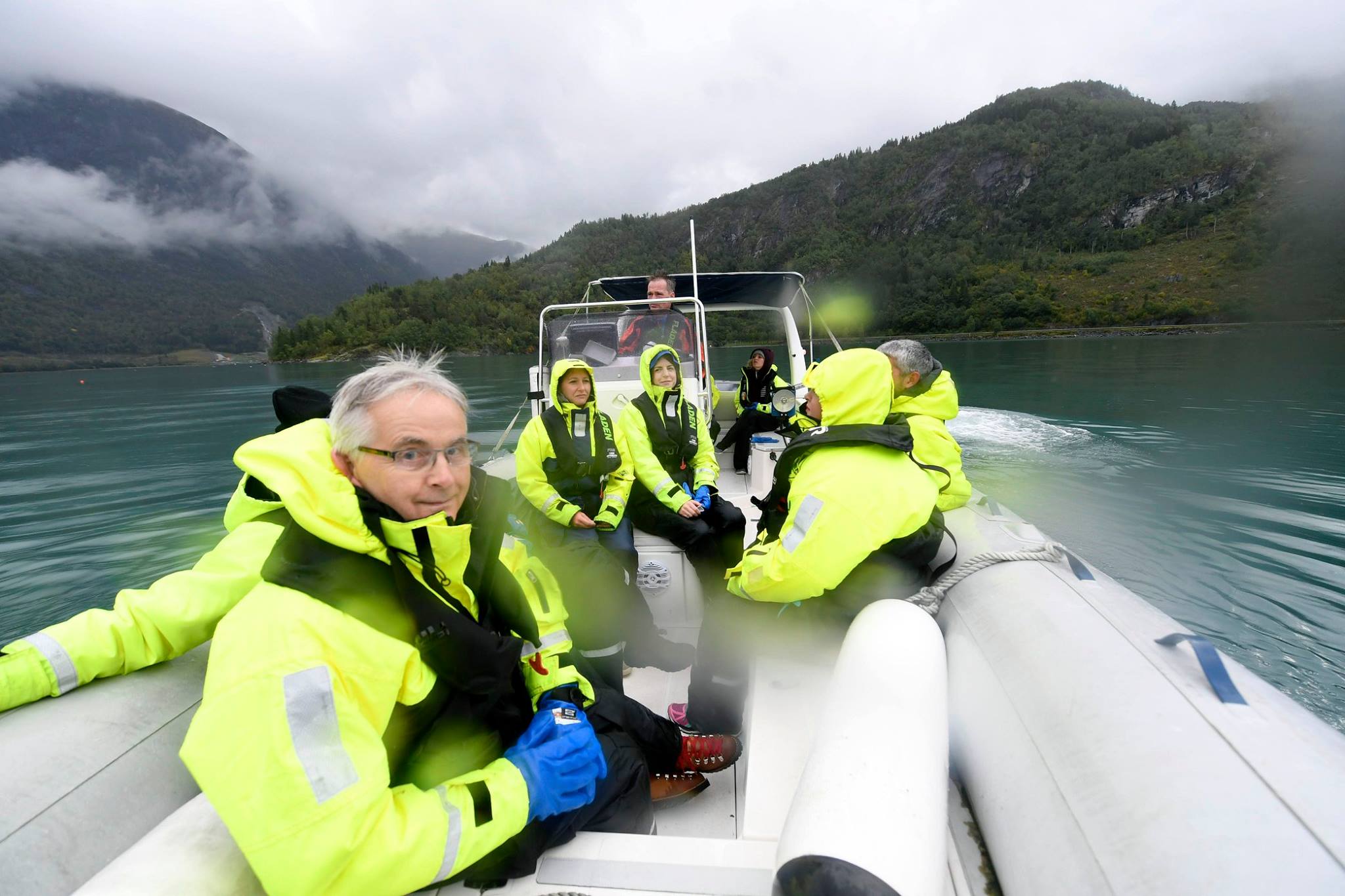 It’s a high-speed voyage that bumps, twists and turns across the surface. And, rain or not, you will get wet whatever protective gear, and how many layers, you are wearing.

That’s part of the fun. Take a change of clothing.

We stop a couple of times to haul up crayfish traps set by skipper Frode Briksdal, taking the catch back to shore where it is cooked in a charming old mill turned in to a restaurant. 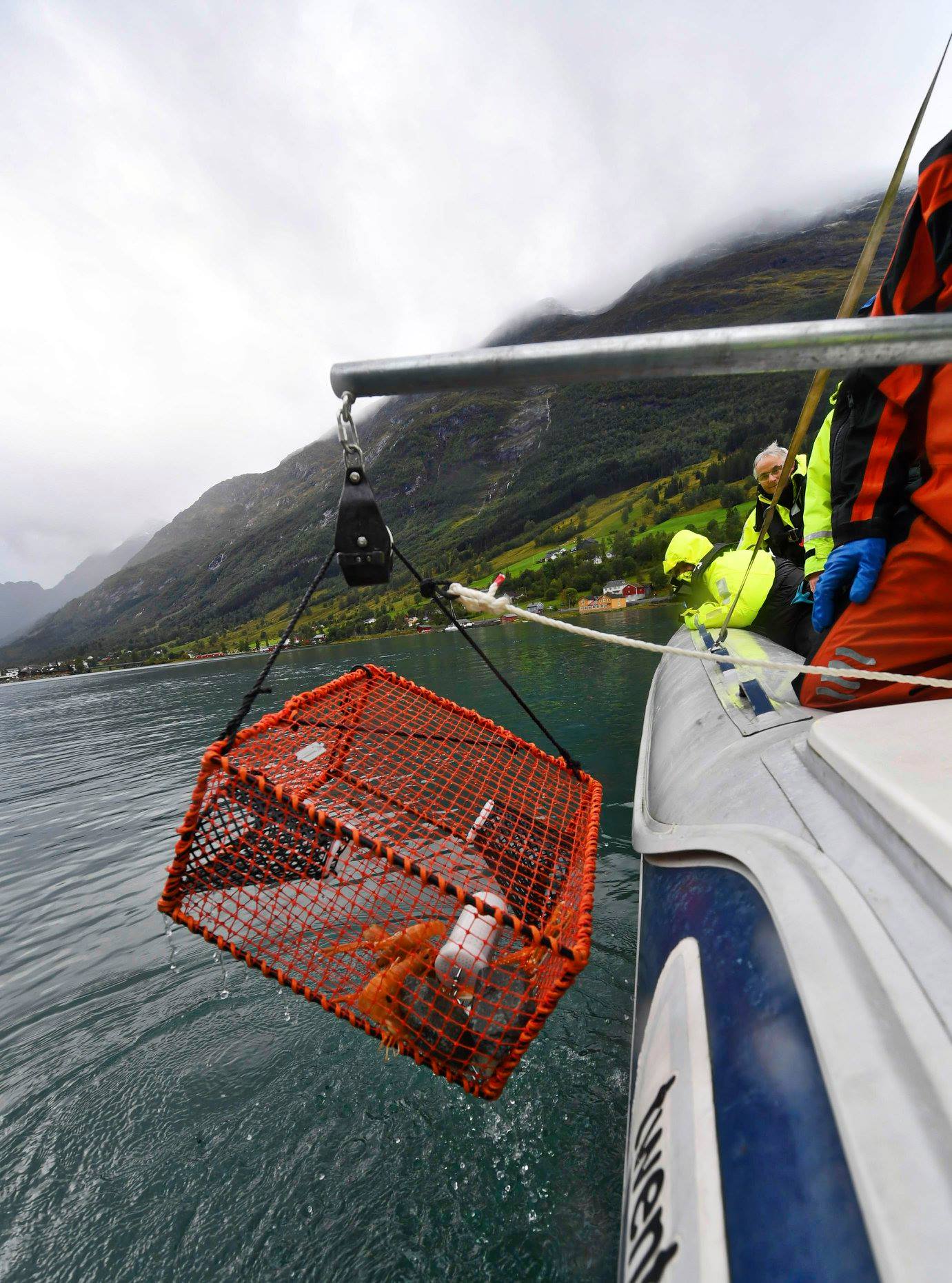 Our skipper, who also happens to run the eaterie – possibly the best crayfish in the world, naturally – is a mariner who can find himself anywhere in the world at short notice.

Frode’s been called as far away as Venezuela to serve as first officer on merchant vessels. He can take cruise ships out of the fjord, too, if required. So you’re in good hands. 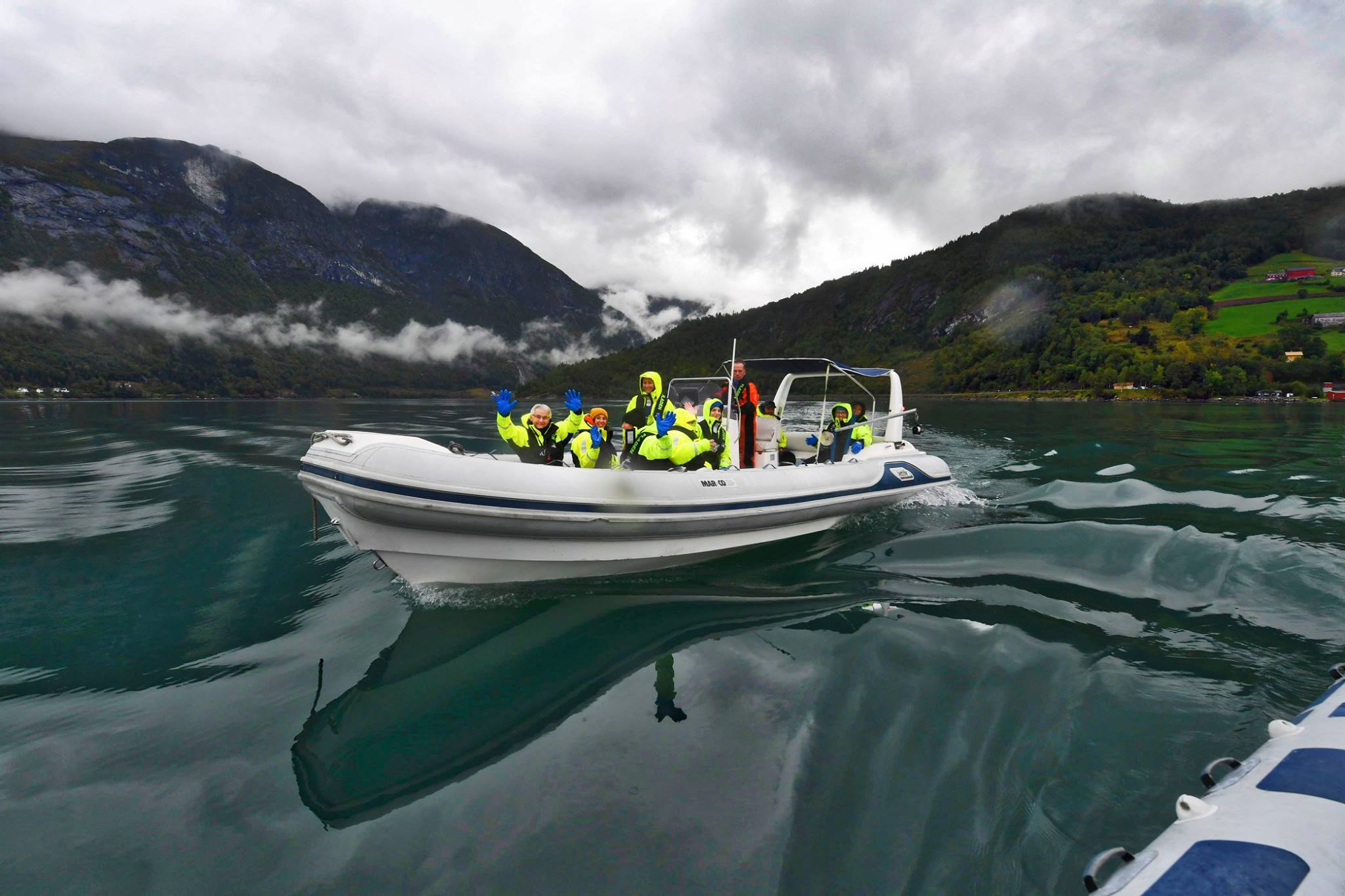 Want to get high, meanwhile? No, it’s not that sort of holiday.

But the vertiginous cable car Sky Lift from Loen to the 1,011m summit of Mount Hoven is said to be the second steepest in the world, taking just five minutes from bottom to top. 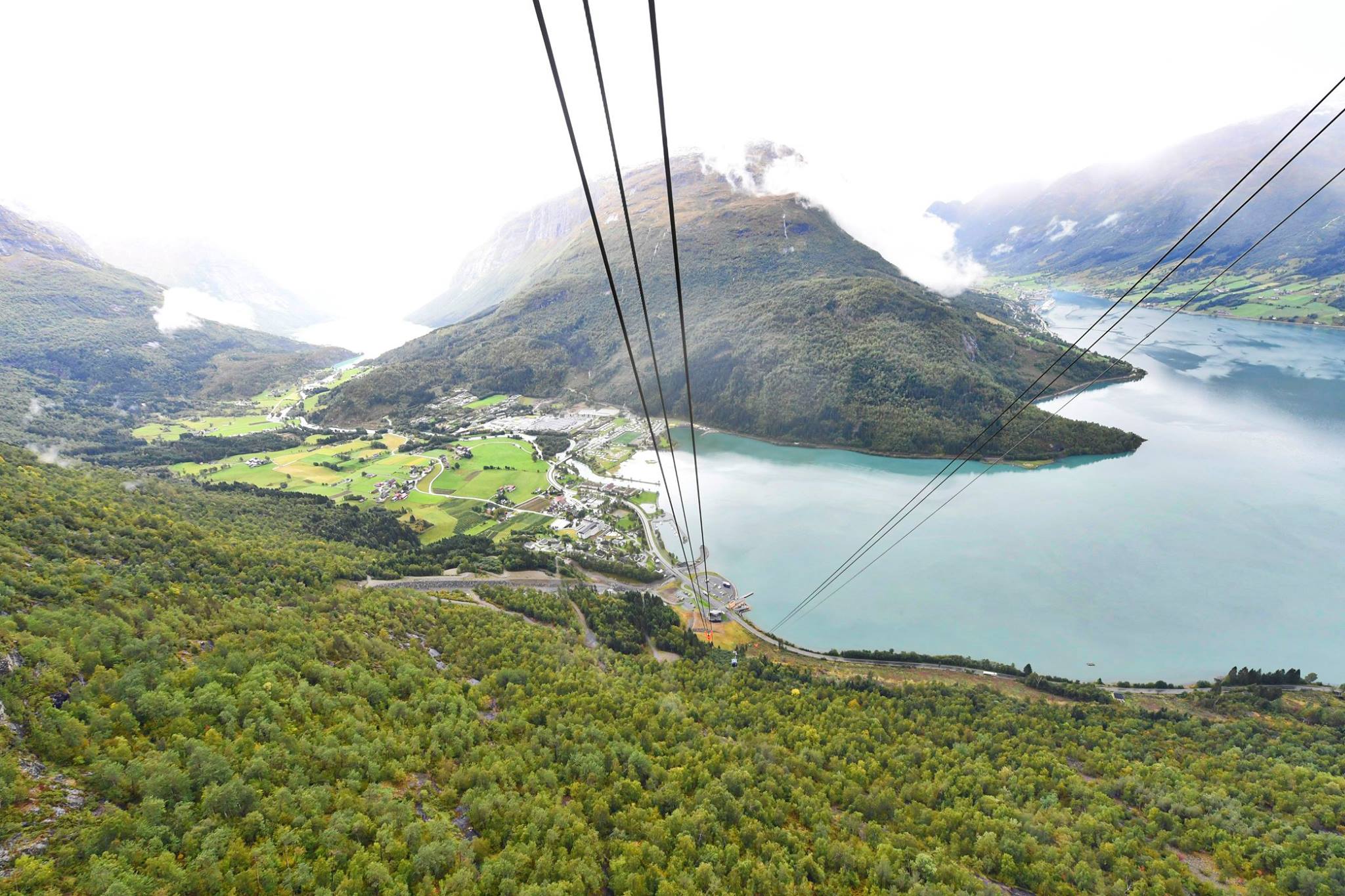 There, you’ll find a restaurant whose panoramic windows offer possibly the best table view in the world. You can also hike trails around the mountain, or make your own way down on foot or by bike if you’re even more of a daredevil.

Or, like Texan Stu Howard, who we met at the summit, you can just jump off in a squirrel flying suit like a superhero, then open your parachute in time to land two minutes later.

The latter, I hasten to add, isn’t on the excursions list. That’s a step too far. For now.

Sadly, weather conditions rule out helicopter trips on both days, but that’s something you risk with all local air tourist travel anywhere in the world. A reason to come back again, then.

Truth be told, we’ve been spoiled. The typical cruise ship passenger will take one excursion at each port of call, and they’ll be longer than each of our taster sessions. 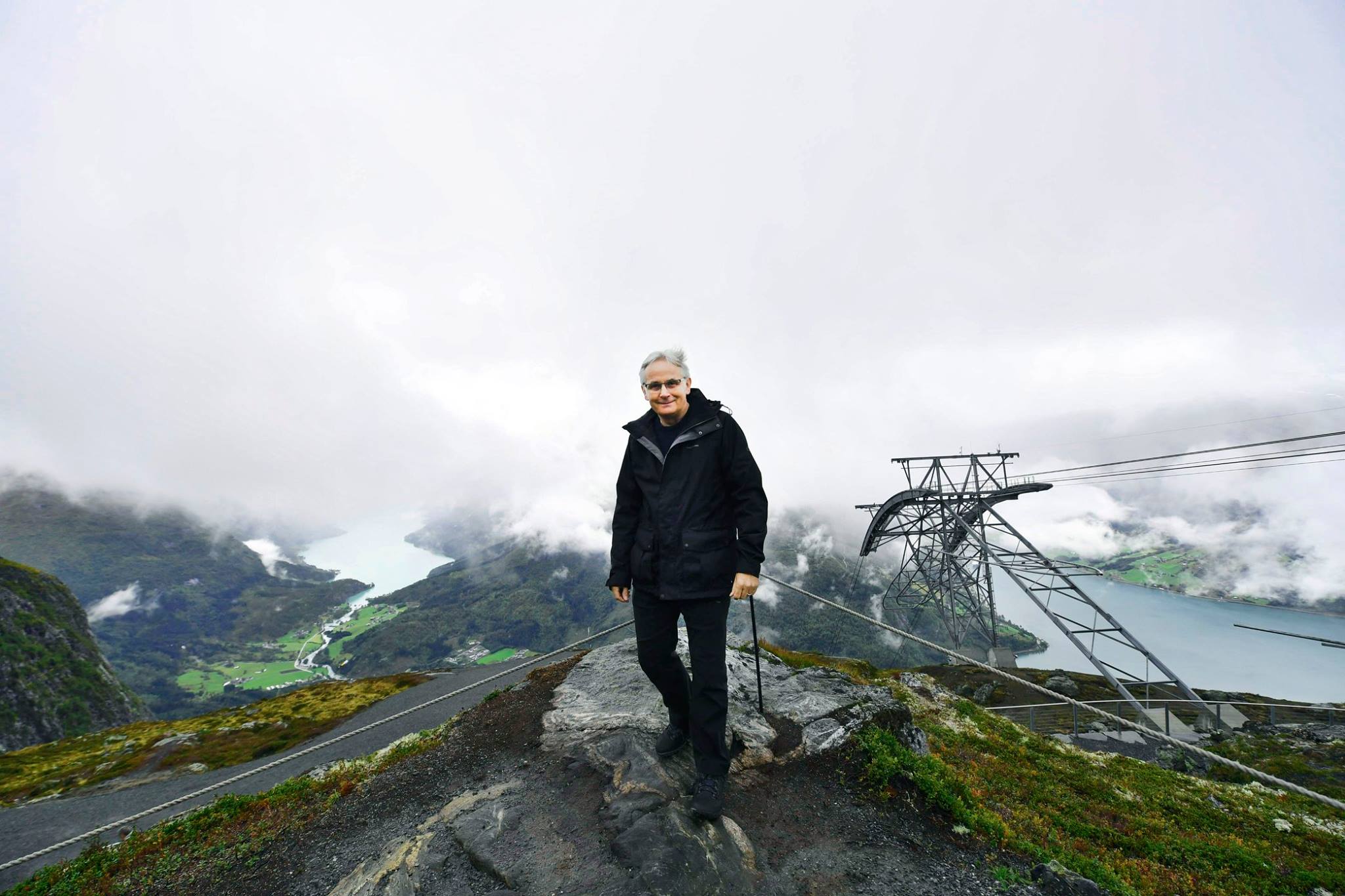 But the good news is that the choice is wider than ever before. There are many other, more sedate, trips on offer from the ships, visiting farms, wineries, historic sites and landmarks.

But if you like a walk on the wild side, and with a safety net of expert supervision and care, then Norway adventures await. And age is no barrier. As long as you’re in good health, it’s just a number at the end of the day.