Flamin’ heck! New Year’s Eve is hotting up in Flamborough

FLAMIN’ heck! Things are about to heat up in aptly named Flamborough as locals see in the New Year by marching through the streets of the Yorkshire town – and setting fire to a ship. Well, it sure beats watching Netflix…

The highlight of the annual Flamborough Fire Festival is the firing of a Viking longship built during the summer months, just like the inhabitants’ tough as nails forebears used to do when they sought to burn away old spirits and welcome in the new. 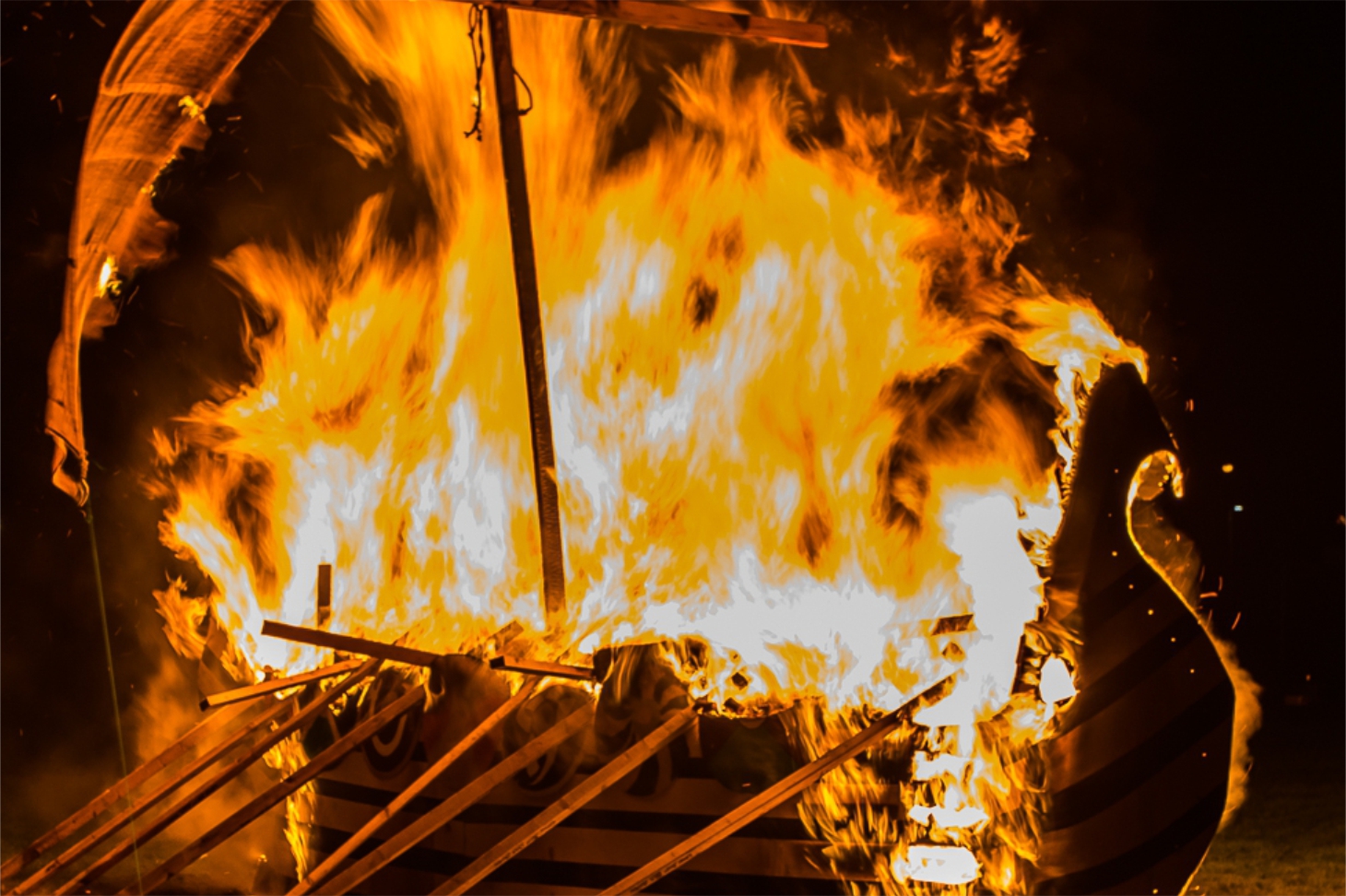 The ceremony – also traditionally carried out to honour the death of a Viking warrior – may actually have had a more prosaic reason, say historians. Warriors who invaded the town may have burned their boats so there was no way they could sail back home. 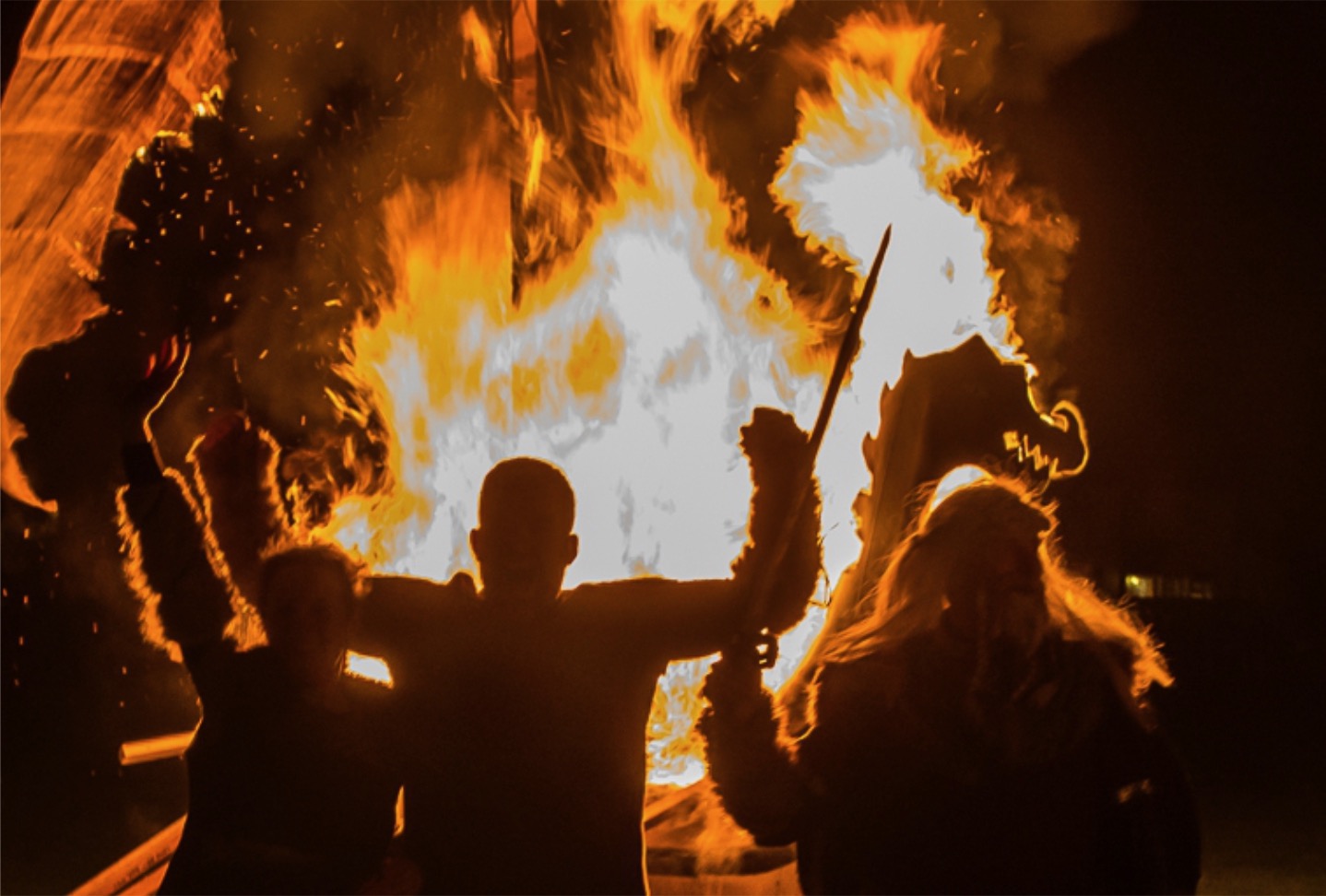 Whatever the reason, the Flamborough Fire Festival isn’t thought to be replicated anywhere else in England.

On New Year’s Eve, then, hundreds will march through the town, carrying torches – and some will even be seen swirling fireballs to toast Odin, the patriarch of the Viking pantheon. Whatever the weather, it’ll be a warm welcome.

The fireballs have added significance rooted in tradition. Vikings believed that by cleansing the air with their fireballs, they would fear nothing and the gods would gift them virility, strength and courage, especially when in battle.

It was in the eighth century that the Vikings invaded England, and  discovered the headland of Flamborough was not only the perfect stronghold to protect them from their enemies but also a great vantage point for planning raids on other settlements.

From Flamborough, they learned to navigate the waters of the North Sea and local rivers, enabling them to conquer other parts of northern England where they set up bigger Viking settlements such as York, the Viking capital of Yorkshire.

“The Torchlight Procession promises to be a very special focal point of the Festival,” say organisers. With about 1,200 Viking torches twinkling together in the moonlight, it’s going to be absolutely fantastic!

“We aim to take you back in time to when the Viking warriors first invaded Flamborough with their flaming torches aloft in triumph! You will be walking in the footsteps of the Vikings!”

Proceeds will go to local charities, and the fiery festival will be followed by a spectacular firework display, starting at midnight as the New Year arrives. They don’t do things by halves up in Flamborough.

To learn more about the festival, head to the event website.