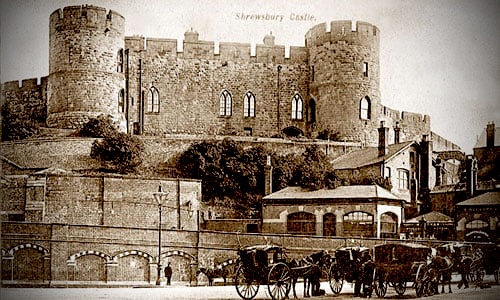 SERIAL killers, drunken steeplejacks and a royal execution – there’ll be shivers down the spine as two of travel streamer Heygo’s most popular guides join forces for a ghost walk to uncover the spooky side of Shrewsbury.

Brummie Ian Braisby and ex-pat Lesley Hammam, who originally comes from a village just outside the town but is more usually found leading expeditions in Egypt, will team up for the special live-streamed trip this month.

And, warns Ian, expect the unexpected because the UK market town has a host of sinister stories to be told. There’s just something about the place…

“We’ll have a cast ranging from medieval serial killers to royal executions,” he says. “And let’s not forget the odd drunken steeplejack. Salopians have a propensity for height-related misadventures and that’s something we’ll explore.”

Lesley, recently taking a break in Ireland, is on her way back to home territory. She was born in Montford Bridge just outside Shrewsbury – but even she admits that the fright night foray with Ian will be something of an eye-opener.

“I’m looking forward to collaborating with Ian again because he is just a wonderful soul, with a great sense of humour and is amazing knowledgeable,” she says. “I’m sure he will have a fair few things to reach me about my own home town.”

Full details of the August 25 live streamed tour itinerary are being kept under wraps but one of the unfortunate souls who will feature is George Archer – some name him Jack – who was a steeplejack in the late 1700s.

He lost not just a bet that he could remove the lofty weather vane from St Alkmund’s Church spire but lost his life in the process. Perhaps the 16 pints of mead he knocked back before the ill-fated attempt didn’t help his balance. 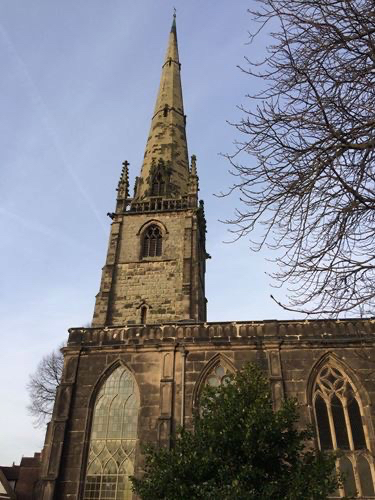 The church, which marked its 1,100th anniversary in 2012 boasts a spire which is fully 56 metres high and stands at the highest point of Shrewsbury, making it a skyline landmark. Poor George knows it well – his ghost is said to still regularly make the climb.

He’s not to be confused with the more successful, but ultimately equally tragic, figure of steeplejack Robert Cadman, who also liked to perform acts of dramatic derring do to entertain crowds who would gather to watch his stunts.

Between 1732 and 1739 he could be seen sliding down a rope from the 68m high spire of St Mary’s Church to the town’s Gay Meadow, a stunt he had also performed in other locations, including an appearance on the cliffs at Dover.

He’d walk 250 metres up the rope, crossing the River Severn which runs through the town, then don a wooden breastplate with a groove in it, which he wore to ‘fly’ back down the rope. All went well until February 2, 1739, when said rope broke and he fell to his death.

Says Ian: “With a history of more than 1,000 years, it’s no surprise that the historic streets of Shrewsbury are said to be well populated with ghosts. We’ll be sharing some of the creepiest and most unusual of these tales as we explore the streets, squares and alleyways of the town centre.”

Read more: Virtual travels in the Covid era – a light in the darkness.

Ian and Lesley are treading in the steps of Shrewsbury’s spectres on Thursday August 25, starting at 7.30pm BST. To book a place, head to the tour page here. Like all tours on the platform, it’s free to join but tipping, typically from £5 here in the UK is encouraged.

Online travellers can chat in real time with guides and fellow guests, take their own ‘postcard’ snapshot photos and follow a live map of the area. For more trips see www.heygo.com.