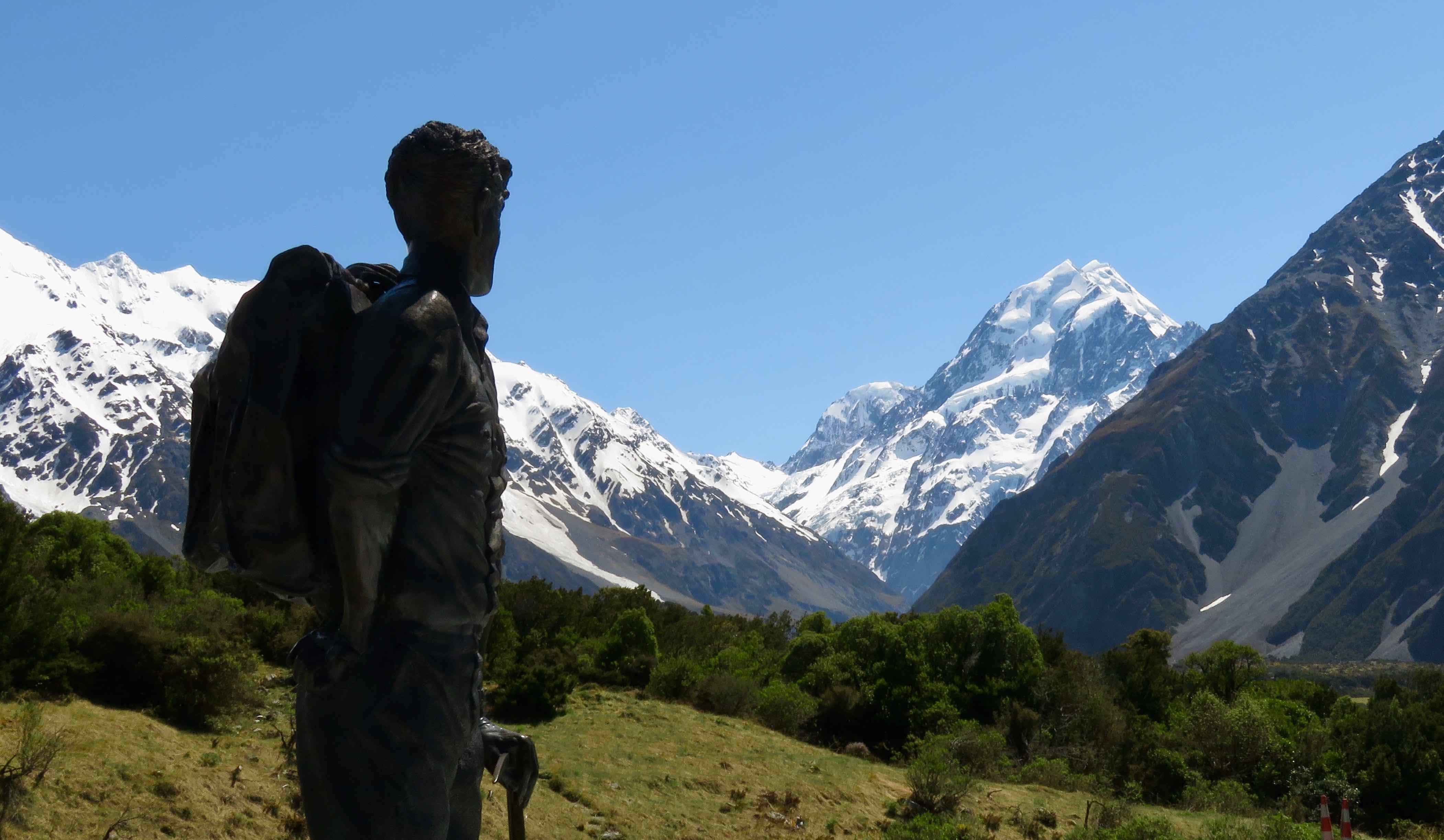 THE most famous mountaineer of all time gazes towards the snowy peaks he loved at the end of the road to nowhere.

This evocative sculpture of Sir Edmund Hillary stands outside the Hermitage Hotel on the approach to New Zealand’s Mount Cook.

Hillary was born in Auckland and, on May 29, 1953, he and Sherpa Tenzing Norgay became the first climbers to reach the summit of Mount Everest.

Inspired by New Zealand’s mountains since a boy, he was given a state funeral upon his death in 2008 and remains a national hero.

We reached the statue at the end of the long road from Twizel back in 2015, passing beautiful ice-blue lakes and spectacular scenery.

As well as the statue, the Hermitage hosts the Sir Edmund Hillary Alpine Centre which showcases his life and links to the area.

There’s a host of memorabilia and also a theatre and planetarium to see, then carry on towards Mount Cook until the road finally peters out.

Then stop, take a deep breath of clean mountain air, and just lose yourself in the scenic splendour. It’ll be a moment you will never forget.