EFTELING, the fairytale theme park in the south of Holland, has revealed more details of the Dutch destination’s new hotel.

Set to open in Spring 2024, the Efteling Grand Hotel will be the first on-site accommodation to be located within the park itself.

Latest pictures show it will be a striking seven-storey building, with a 106-metre facade, and seven towers framing a giant pendulum clock.

A classically designed glass conservatory will be divided across two floors, while a nine-metre high and 16-metre wide arcade will make a suitably grand entrance for guests to walk into the park. 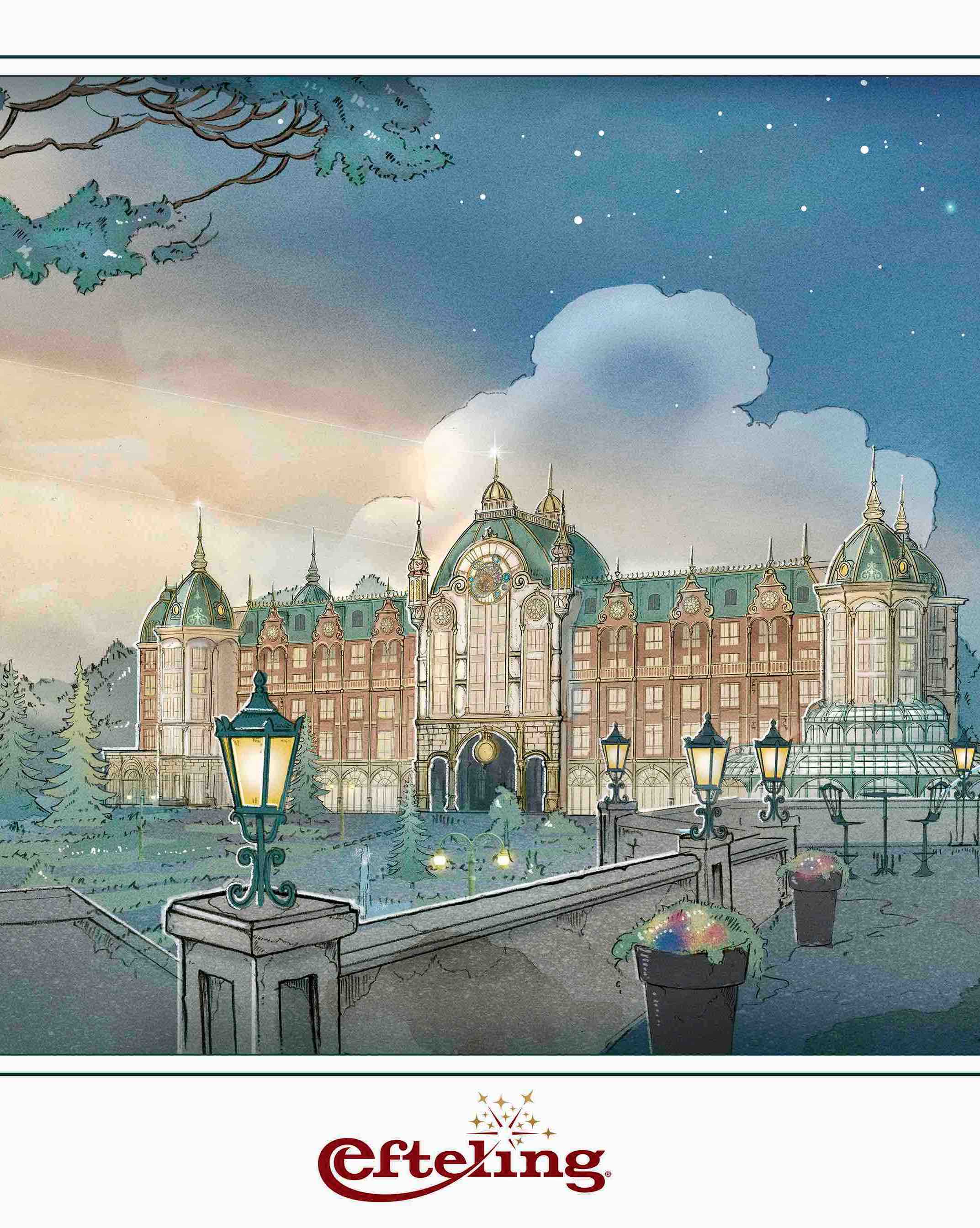 The Efteling Grand Hotel will have 143 rooms, a spa with a swimming pool, two restaurants, and a couple of shops.

Outside, an expansive square between the main entrance and the new hotel will create a relaxing haven for hotel guests and park visitors.

The site, behind the main entrance of the park – overlooking water show  Aquanura and the Fairytale Forest – is currently being prepared and construction of the new hotel will start after this summer.

Head designer Sander de Bruijn says: “This striking and unique addition will be the central point in the World of Efteling, inspired by the history of the park and Scandinavian ports.

“This hotel fits in with other characteristic buildings at Efteling, but its shape and functionality give it a character all of its own. Nature, greenery and water are the connecting factors.

“Hotel guests, as well as visitors of the theme park, will be able to discover the wonderful environment of this new place from early until late.”

Since opening in 1952, Efteling has welcomed more than 130 million visitors attracted by the park’s traditional fairytale enchantment.