TONIGHT’S the night! As a worldwide audience waits with bated breath for the explosive Peaky Blinders finale, Tommy Shelby and his infamous family have gone large in hometown Brum.

A fantastic 50 metre-wide mural of the Shelbys has been unveiled on Hill Street, outside Birmingham’s New Street Station and, just like the Shelby Foundation, it’s helping poorly children.

The artist behind the artwork is Brummie Jon Jones, working with Castle Fine Art, which produced and installed the mural, based not only on the top-rated series but also archive police records. 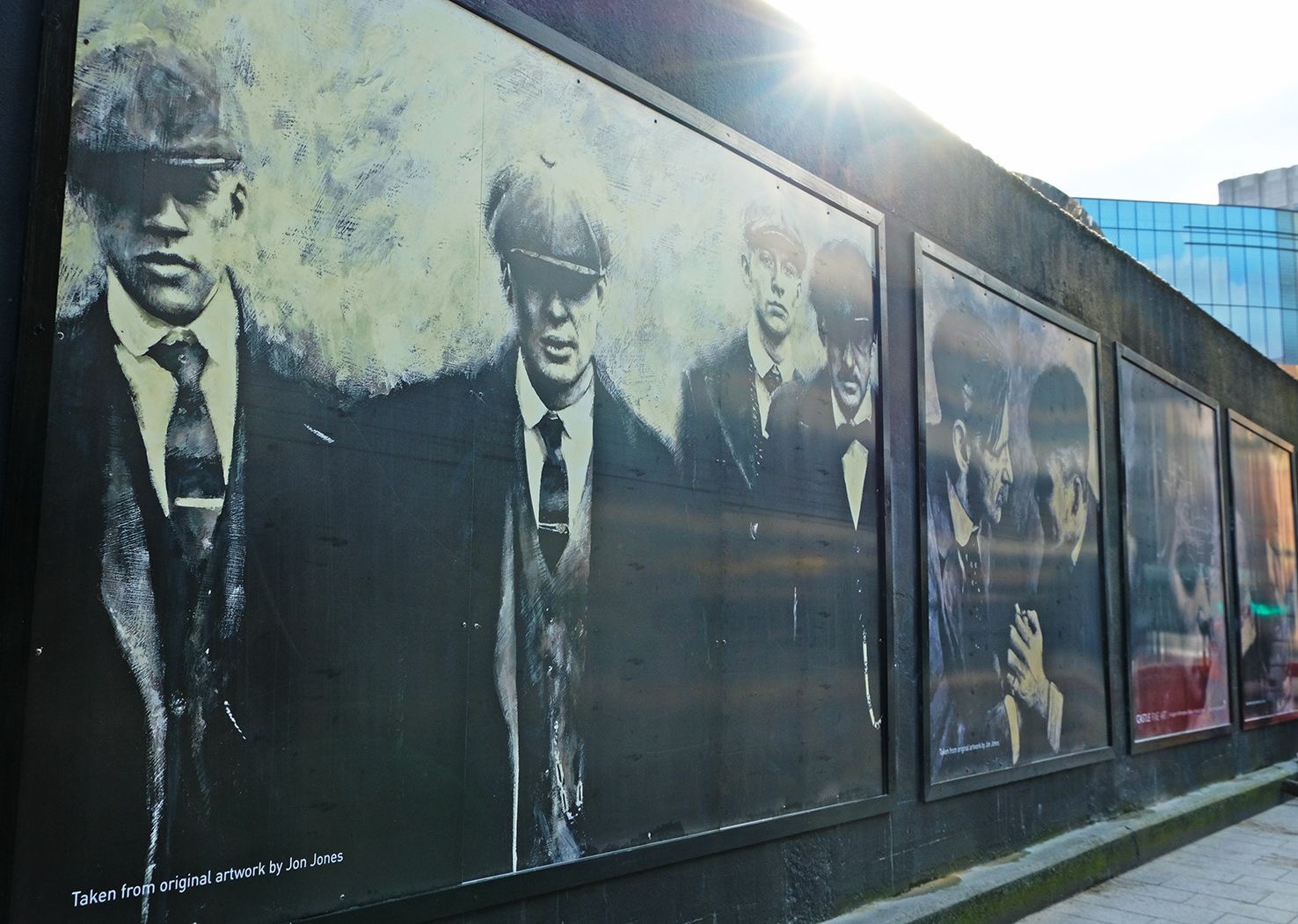 Now, Castle Fine Art will donate £1 for every image of the wall posted on social media, tagging in @castlegalleries and hashtag #Brum4BCH.

“It is with pride and pleasure that we bring this art installation to the city of Birmingham, at once showcasing the work of local artist Jon Jones and raising money for Birmingham Children’s Hospital Charity.” 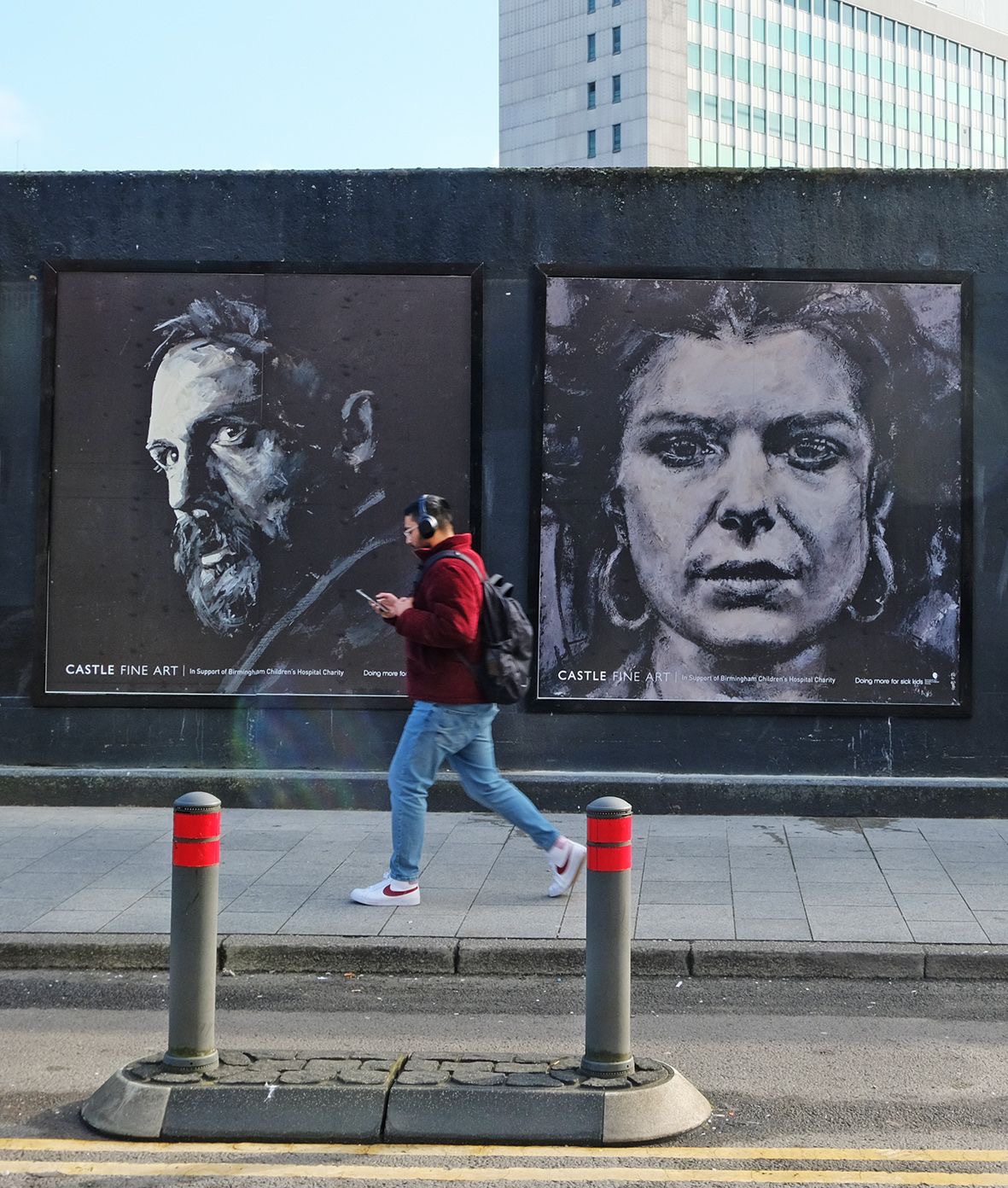 Among fans is Peaky Blinders creator Steven Knight – a Brummie with a passion for the city – who says: “I am incredibly proud and honoured that Peaky Blinders has been woven into the tapestry of our great city in such a vivid and brilliant way.

“I hope people will come from far and wide to take their photos and help such a deserving Birmingham cause. From now on in Brum, every blank wall should be seen as an opportunity for art.”

Artist Jon has much in common with the show’s creator.

“I love this city and I am proud to be a Brummie,” he says. “I have had some amazing moments as an artist but to have my work exhibited on the streets of Birmingham, where it will be seen by so many people, leaves me speechless.” 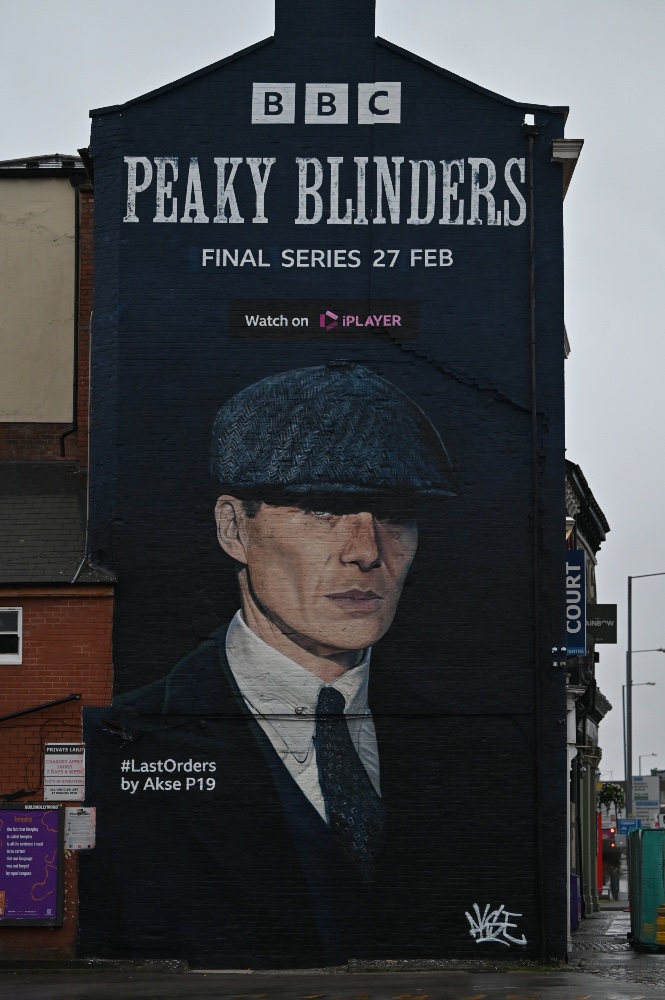 It’s not the first piece of Peaky Blinders art to hit the streets. Back in February, a house-sized mural was created by street artist Akse on the wall of the historic Old Crown pub in the Digbeth area of the city.

Painted to celebrate the then forthcoming final season of the show, it features Cillian Murphy complete with trademark peaked cap, more Garrison gangster than Birmingham MP. 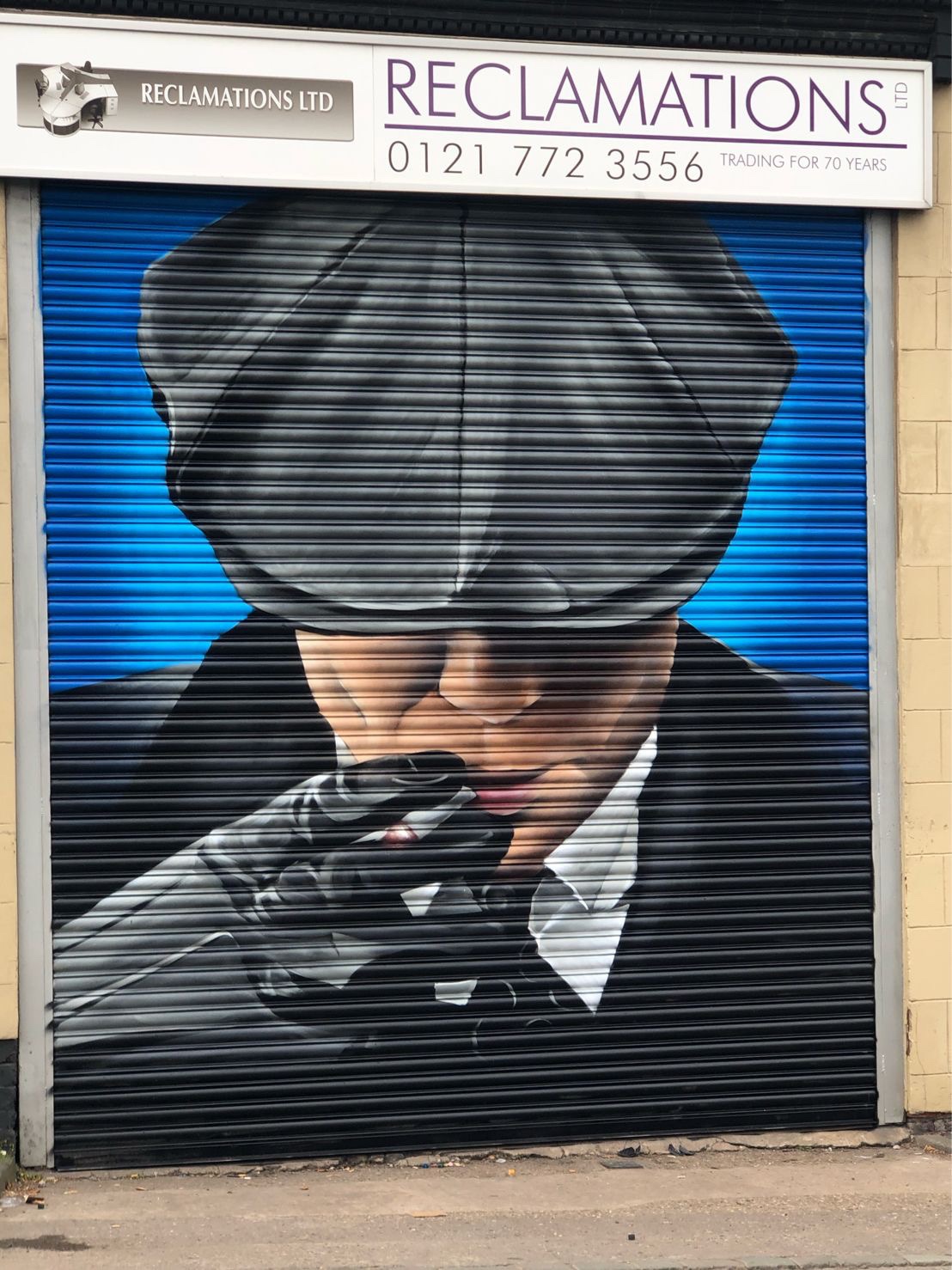 “Hopefully it will be a landmark in Digbeth for all to see,” says Gary. “As a company we’ve been here for 74 years.

“My Grandfather started it in 1948 after World War 2, buying and selling anything he could make money from, mostly from Government auctions all over the country.

“We then evolved into selling office furniture, which we are still doing to this day.”

There have been several others over the years the series has been running, ranging from Banksy-styled black and white images to another giant wall mural, again of Tommy Shelby.

The big finale screens on BBC TV and BBC iPlayer tonight at 9pm BST, and it’s an 80-minute feature length special which creator Knight says ii like a warm-up for the forthcoming Peaky Blinders movie.