ONCE regarded as a blot on the landscape, graffiti has given way to sensational street art – and Hull, the 2017 UK City of Culture, is making a name for itself as home to some of the very best.

The city now offers an online Street Art trail which visitors can use to build a day around viewing fantastic art and stopping off at independent cafes and historic pubs along the way.

You never know quite what you’ll find because there is a surprise, quite literally, around every corner. Hull’s street art scene is booming, with artwork addressing issues past, present and future.

Take ‘The Girl’ by Calvin Innes, the mural that launched The Shorelines Project. Completed in five days, it’s a reminder of the real risks the city faces because of global warming.

The Environment Agency has estimated that sea levels could rise by 1.55 metres over the next 100 years, and Hull, which sits predominantly below sea level, faces a flooded future.

Toys, coloured pencils and other small items float around the girl, depicting a childhood potentially lost to the floodwaters. It’s a piece designed to spark discussion about climate change. 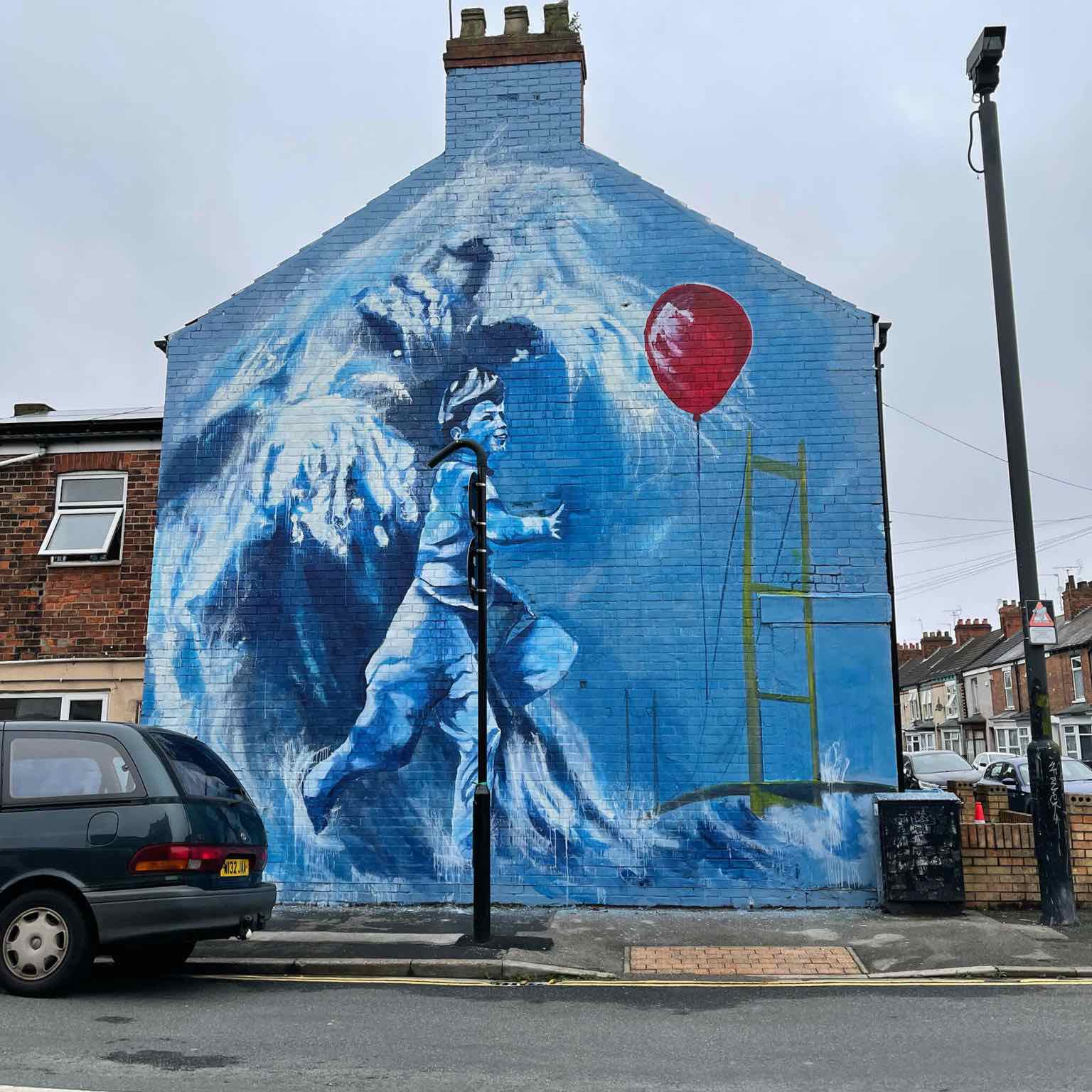 ‘The Boy’, by artist Andy Pea, is also part of The Shoreline Project, after resident David Gautier offered the wall on the side of his Clumber Street home as a canvas for the mounting tides. 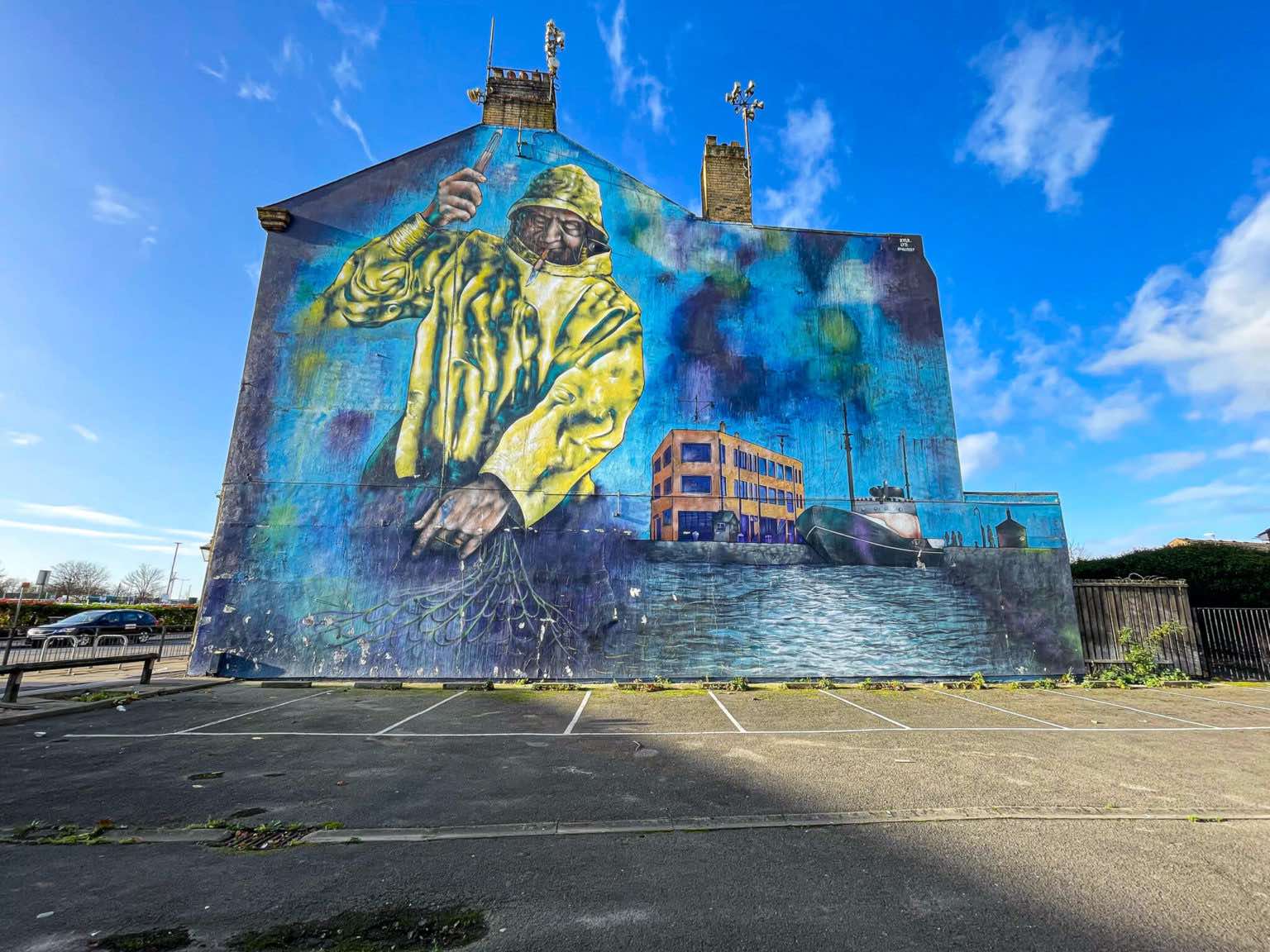 Looking to the city’s maritime past, ‘Hessle Road Trawlermen’ by Kev Largey and Shaz Darley, is one of a series remembering the 58 fishermen who died at sea in 1968, during one of the worst winter storms in the Icelandic fishing grounds

At the time, it was the biggest fishing fleet in the world and the job was considered one of the most dangerous, with trawlermen ten times more likely to be killed than any other trade.

The guitar hero spent his younger years working on Hull’s Bilton Grange Estate and later became one of the greatest musical talents of his generation.

But let’s let the pictures do the rest of the talking.

This dramatic pop art mural, set in a rain-drenched neon city street and titled ‘No Contest’, is by artist T Lawson. 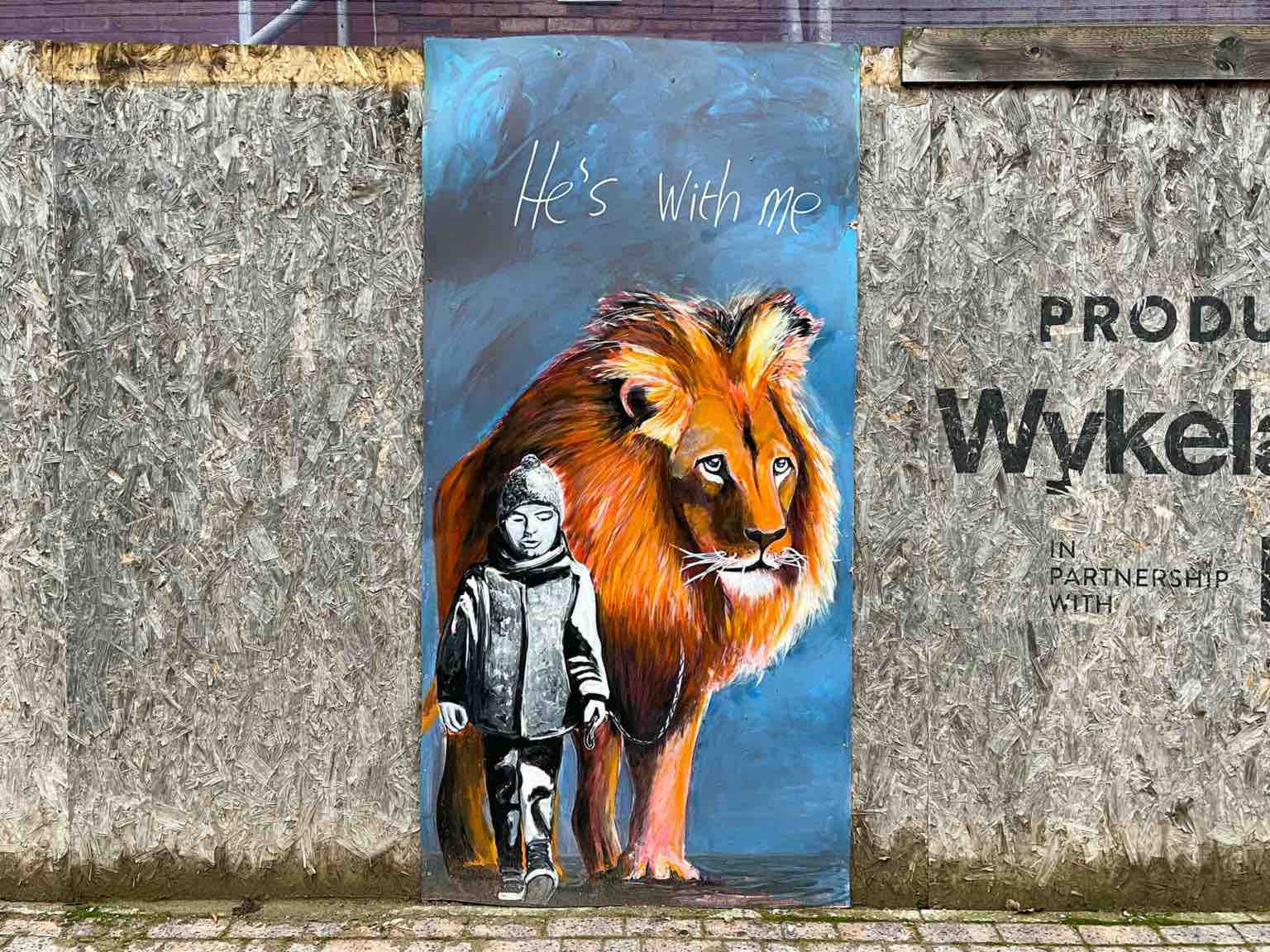 There’s a bit of a Bansky feel to the young boy here but look at that magnificent lion behind him. ‘He’s With Me’ is by PREG.

There’s more wildlife in ‘Bankside 0067’ by Dream Studio, with an orangutan seeming more puzzled by the passers-by than the other way round. 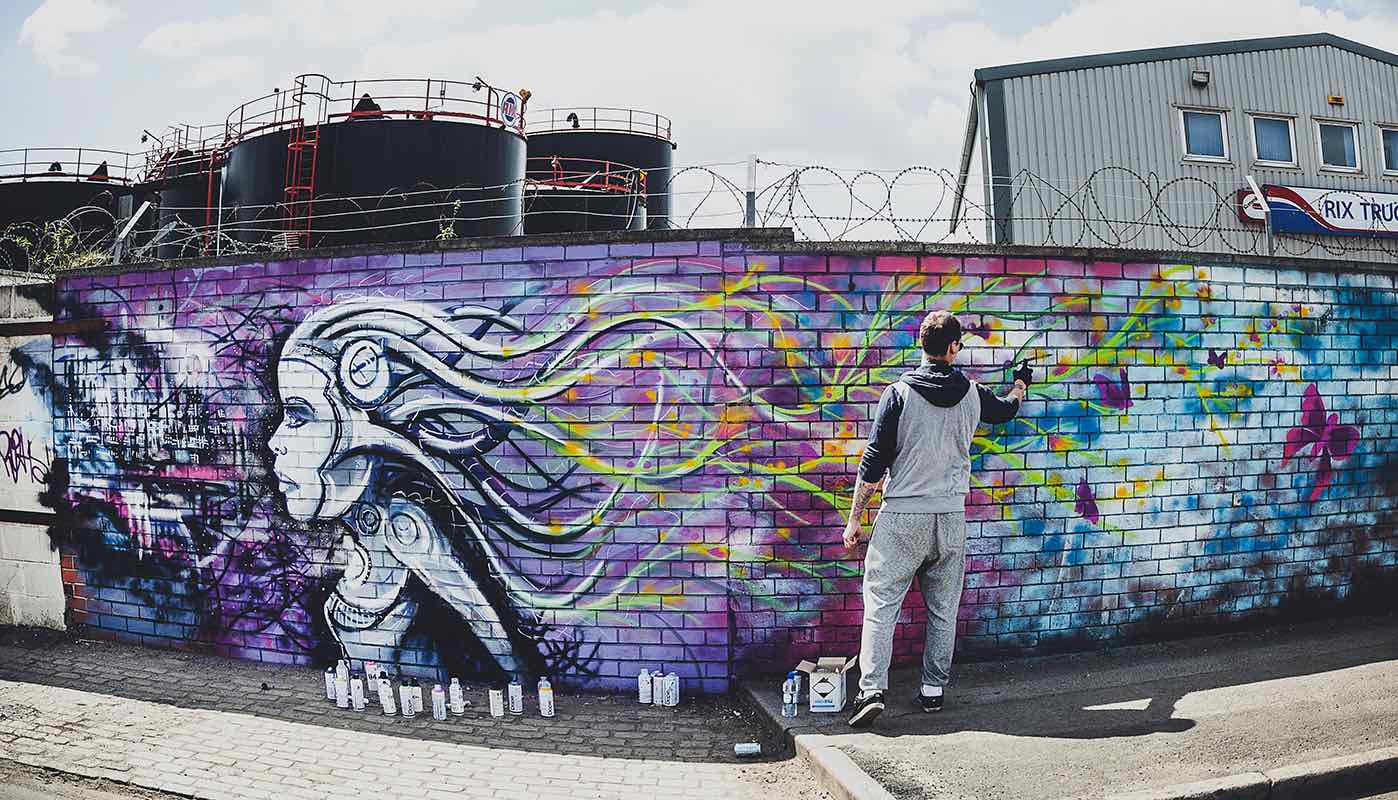 The online trail, curated by Hull Street Art, is a free resource for people looking to discover new pieces, to find out more about the artists behind them and to immerse themselves in the Hull street art scene like never before.

There’s an interactive map of the trail, and the platform also allows artists to upload their own work, along with descriptions and locations, ensuring that even the most hidden pieces can be discovered and enjoyed.

The main image at the top of the blog post is Queen of Colours by Dan Kitchener. For more details head to hullstreetart.com.