THERE’S a grin on the face of Canadian tour guide Patrick Twomey as the gondola eases out into the void. “If you don’t have a head for heights, I’ll tell you when you can open your eyes,” he smiles.

And the views on the journey, straight down to the valley floor far below, quite literally take your breath away during a spectacular trundle that takes around 11 minutes.

For most of the run, the cables stretch more than three kilometers (it’s 1.8 miles in old money) over what is officially recognised as the world’s longest unsupported span for a lift of its kind.

It means that you can ski on both mountains in the same day. They recommend ticking off Whistler in the morning, and then adding Blackcomb to your bucketlist in the afternoon.

And if you’re not here for the skiing, then you’ll want to make the round trip on Peak 2 Peak, perhaps stopping off at Whistler’s Roundhouse Bar or the Rendezvous Lodge on Blackcomb.

But Patrick is here for the skiing, and the gondola’s views over British Columbia’s rooftop are a brilliant bonus – the winter icing on this Canadian cake.

Basing himself at the ski-in, ski-out Blackcomb Springs suites – just a short slide down to Whistler itself – he’s taking around 200 of us up the hill and down again on a livestreamed virtual tour.

Patrick, a popular guide on the Heygo platform, with 2,000 followers on the streamer’s Facebook community page, has his itinerary planned out.

He’ll first ride two lifts up Whistler mountain, then board the Peak 2 Peak gondola for the ride across to Blackcomb. After a stop for photo opportunities, he’ll ski the 6km down to the village again.

Here’s a great video he posted on the day from the top of Whistler.

Distances are deceptive at first until you realise that the greenery down below comprises fully-grown, towering trees.

Eventually we begin the descent to the gondola station on Blackcomb, where skiiers are studying the wide range of runs to suit most abilities from blue to extreme black. 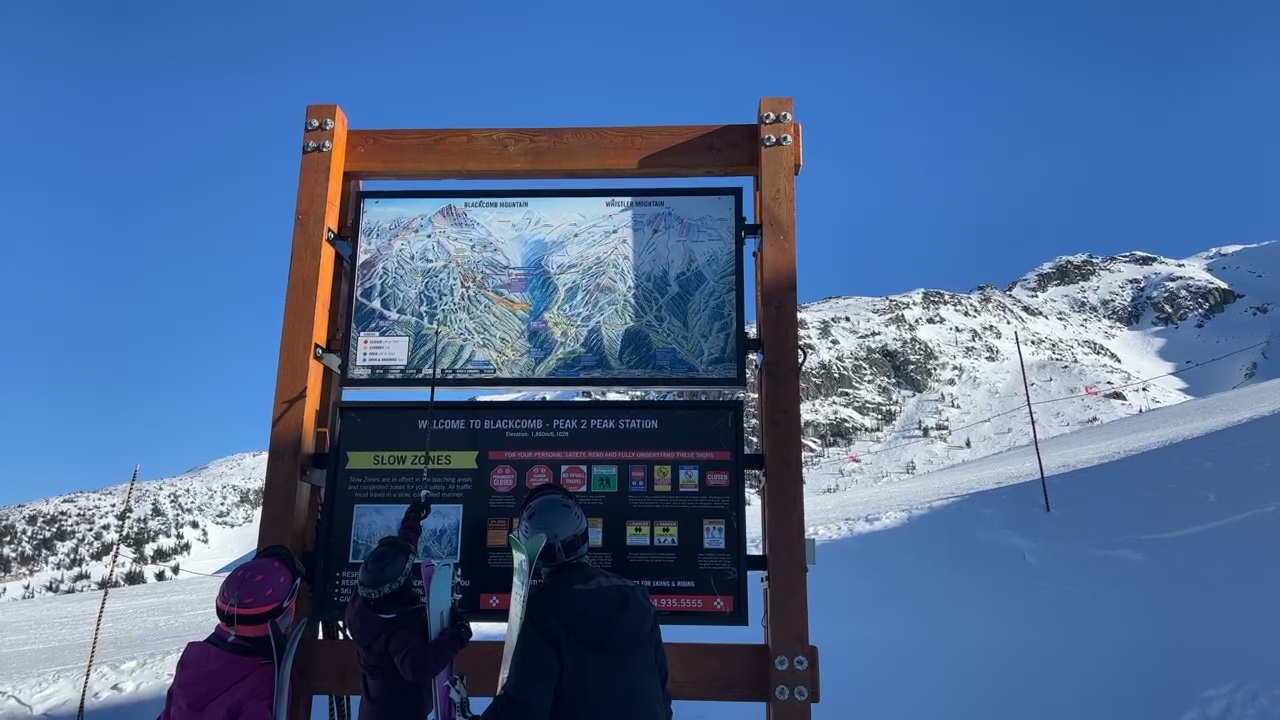 The views from here are tremendous, and today the weather couldn’t be better, blessing us with panoramic sights across the peaks.

Then we’re off, riding with Patrick and his pal Pablo, general manager of the hotel where our guide is staying. It is, as they say in the nicest possible way, all downhill from here

The duo stop every now and then to enable guests on the tour to take in the views, both down to the valley below and back up to where we’ve just skied from.

Finally, Whistler village is in sight. Time to take a breather, grab something to eat and enjoy a stroll. 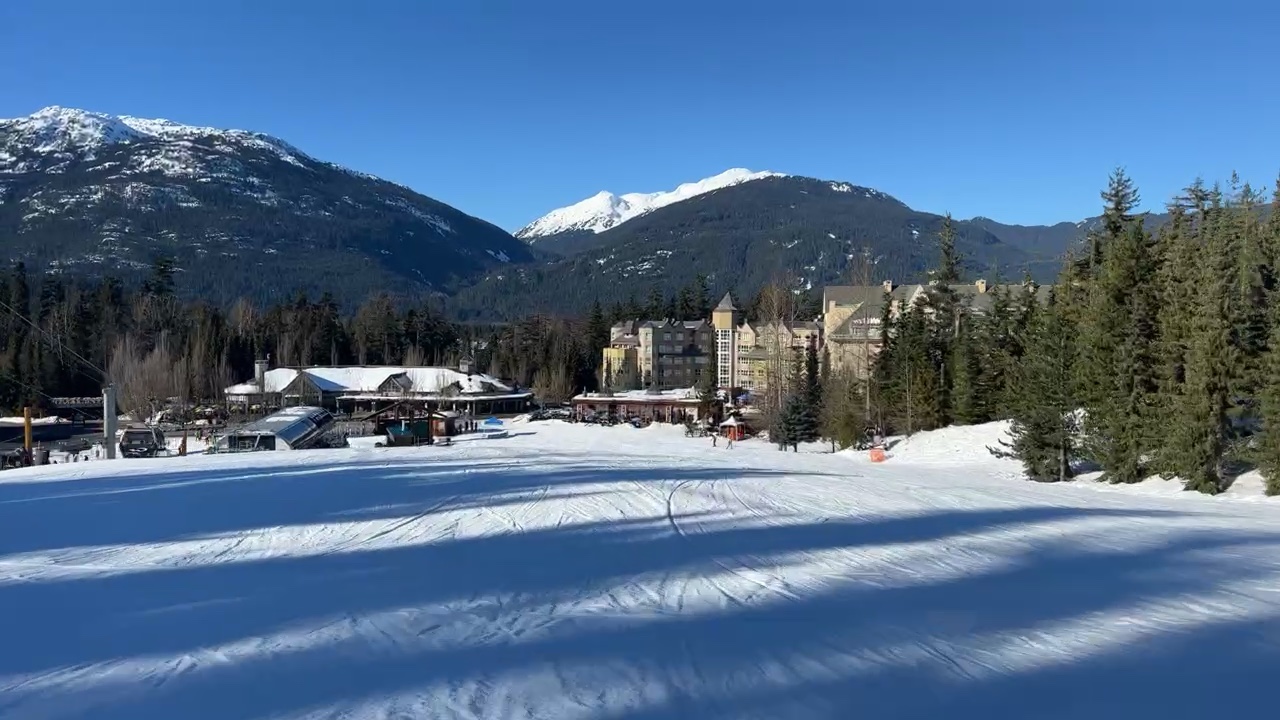 But you know Patrick. He’s raring to go again, lift pass in hand …

The Peak 2 Peak gondola link opened in December 2008 and has become a tourist attraction in its own right, attracting not only skiers but non-ski sightseers too.

It can carry as many as 4,100 people per hour at peak times (see what I did there?) and can travel at just under 7.5 metres a second, which equates to just under 17mph. 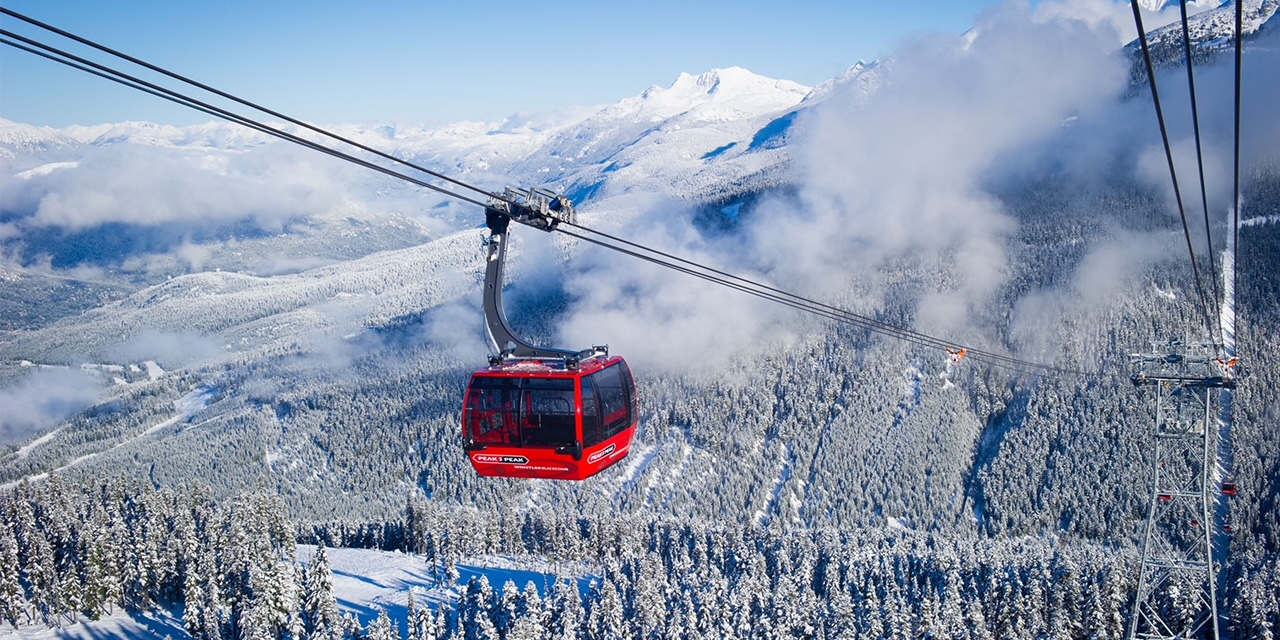 Here’s a great behind-the-scenes video, which you can also find on the official Peak 2 Peak website – www.whistlerblackcomb.com – where there’s lots more information on times and pricing.

Heygo, set up in the UK during the first pandemic lockdown, offers free-to-join livestreamed tours with local guides at more than 450 destinations worldwide.

Virtual travellers can interact in real time with the guides using a live chat facility, and take ‘postcard’ souvenir pictures which can be stored in online albums and shared.

Although trips are free, you’re encouraged to leave a tip if you’ve enjoyed the experience, just as you would on a face-to-face tour. Suggested tips in the UK start typically from £5.

To see where Patrick Twomey – his young son Finn is also a guide on the platform – is heading next, see www.heygo.com.