Getting lost in the strangest guesthouse in the world 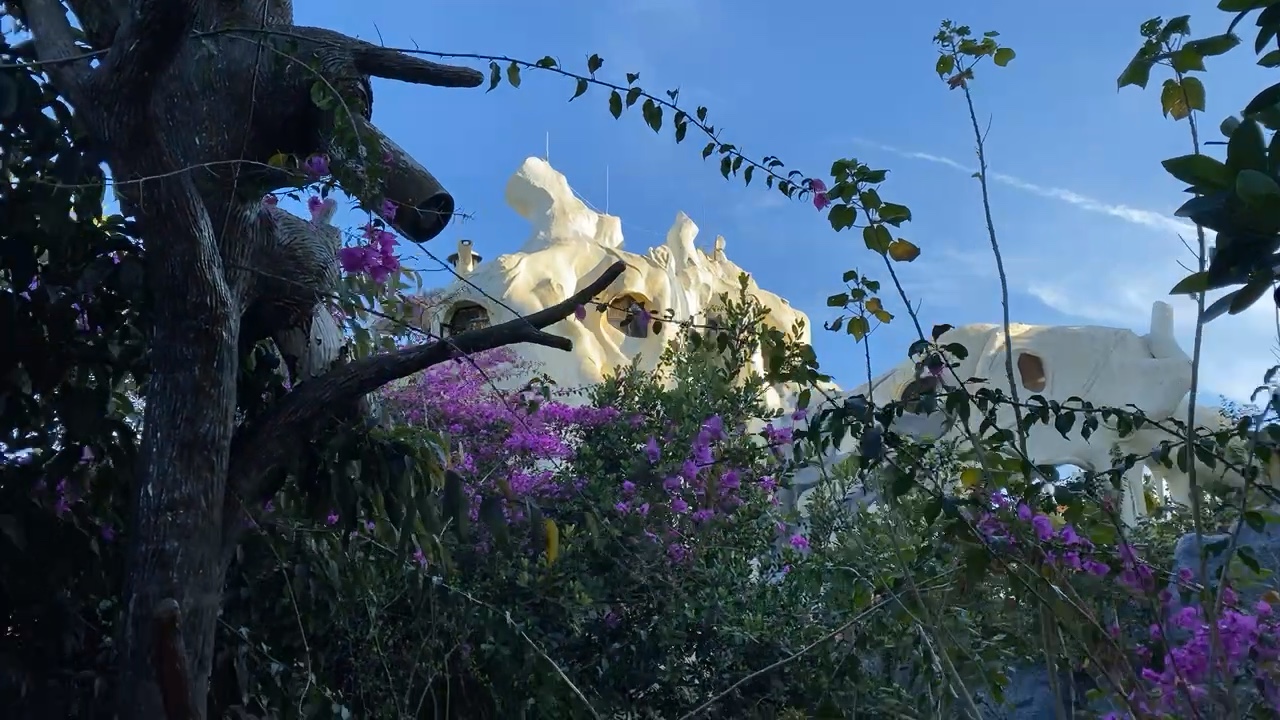 IT IS as if Salvador Dali and Antoni Gaudi shared a demented dream one night, woke up next morning and ordered up a fleet of trucks loaded with concrete.

Because the Hang Nga guesthouse in Vietnamese mountain resort Da Lat is like no other. Not for nothing is it known locally as the Foggy City’s ‘Crazy House’.

And that, quite simply, doesn’t come close to doing it justice…

There aren’t any right angles for a start. Rooms tend to flow in to each other, linked by a maze of bridges that would do Harry Potter’s Hogwarts proud.

None of the ten guest rooms looks, or feels, remotely like another. Each is named after an animal or type of plant, and designed as if viewed through a dimensional rift.

And did I mention that one floor is crafted to make you feel as if you’re underwater, and being chased by a hungry shark? That’s one to get your teeth in to.

I’m strolling through the Crazy House, and occasionally having to retrace my steps after getting lost, in the virtual company of local guides Spring and Hiếu (pronounced almost like Hugh).

They’re a couple who have been leading tours for more than five years in Vietnam, and have recently joined the Heygo streaming platform which offers live online trips.

The Crazy House is designed and owned by Dang Viet Nga, daughter of Vietnam’s former general secretary Truong Chinh, who earned a PhD in architecture in Moscow.

After years of working on state-owned developments, and conforming  to the strictures of others, she fell in love with Da Lat during a visit, and wanted to create something entirely unique. 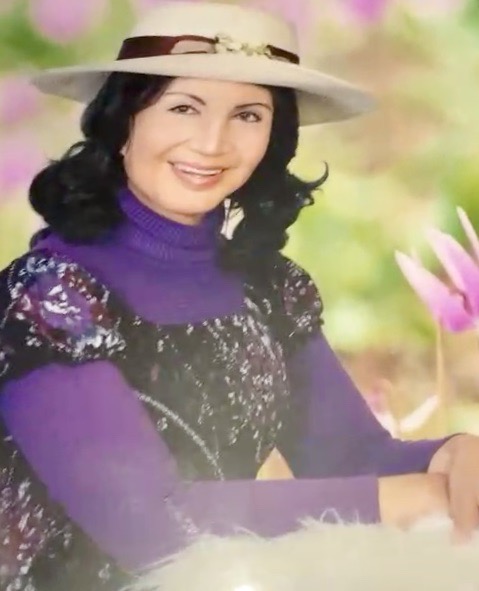 In February 1990, she drew up plans for Crazy House – but not in the way that you might imagine. Eschewing traditional blueprints, she painted pictures from which to work.

That’s why the house looks like nature run wild, with lava flows, shells, caves, creeping concrete vines and windows shaped like spider webs. And all in dramatic colour. 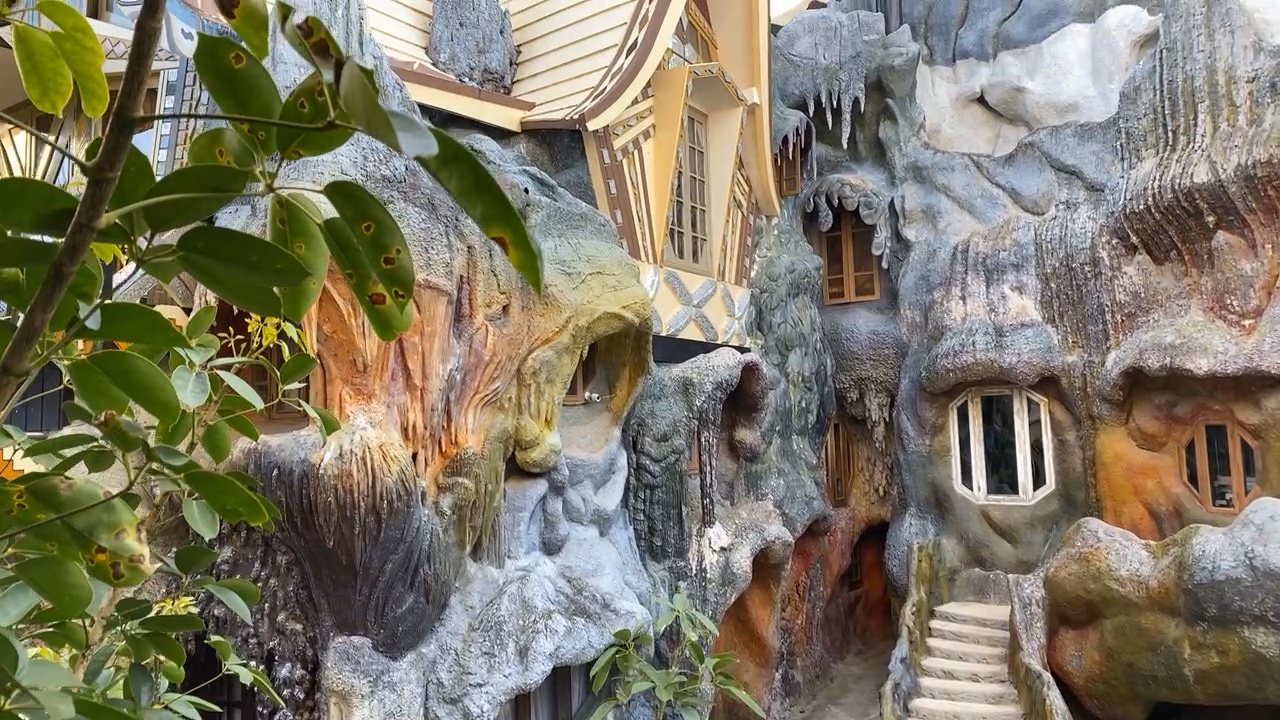 It is not, says Hiếu, been to everybody’s taste. Local opinion was initially deeply divided, with traditionalists upset by the quirky designs and the contemporary materials used.

Da Lat is, after all, a city of French colonial villas and a sense of heritage. On the other hand, there were those who loved it, even more so when the tourists started flocking here.

But, in the era of Covid-19, we have the house pretty much to ourselves, with plenty of time to look and linger, even making our way to the rooftop once we pick the correct staircase.

A central court is flanked by four “tree houses” and the pathways linking them do not always lead where you might suppose. It’s all part of the wonder of the place. 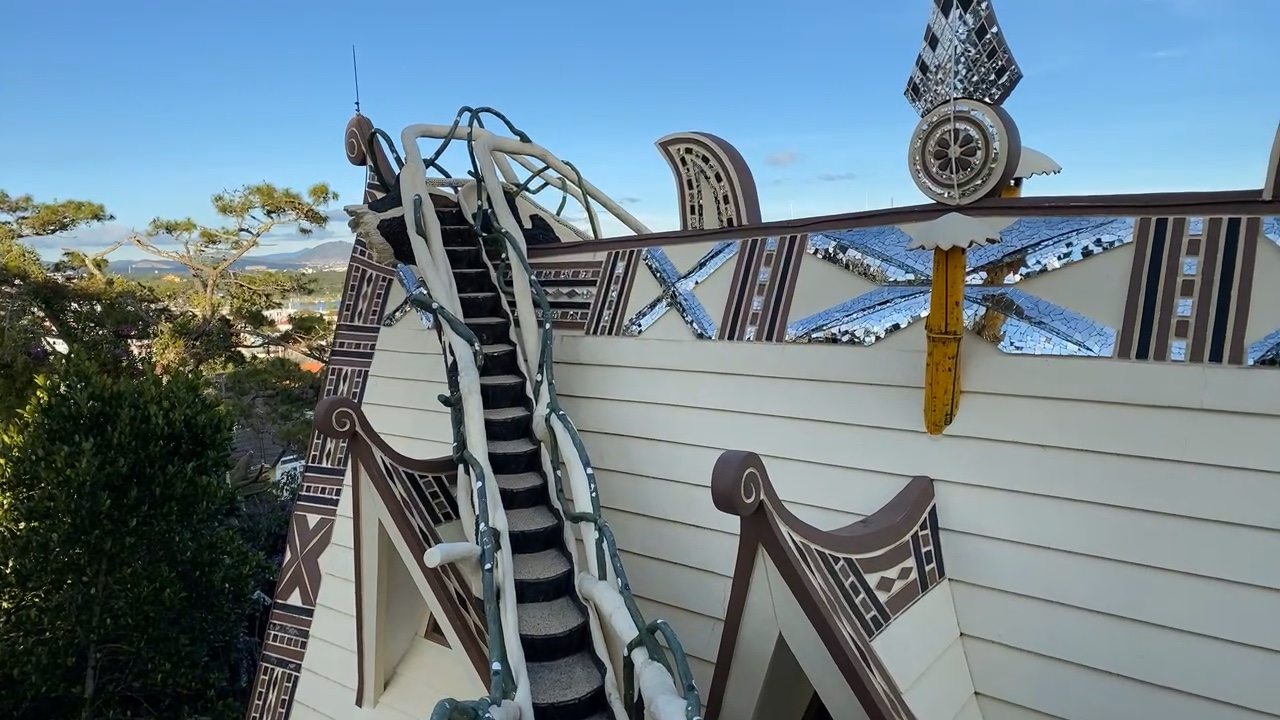 And, just like Gaudi’s Sagrada Familia in Barcelona, the house is constantly evolving and growing. It is thought that it will never be entirely finished.

Materials used throughout also include wood, steel, and fabrics. “Reconnecting nature is one message that I want to communicate with the house,” said Dang.

“But it’s also a message to others to think outside of the box.Don’t limit yourself by the rules and the expectations – free your mind and let your imagination run wild.”

At the Crazy House, in the foggy city of Da Lat, that’s an understatement. 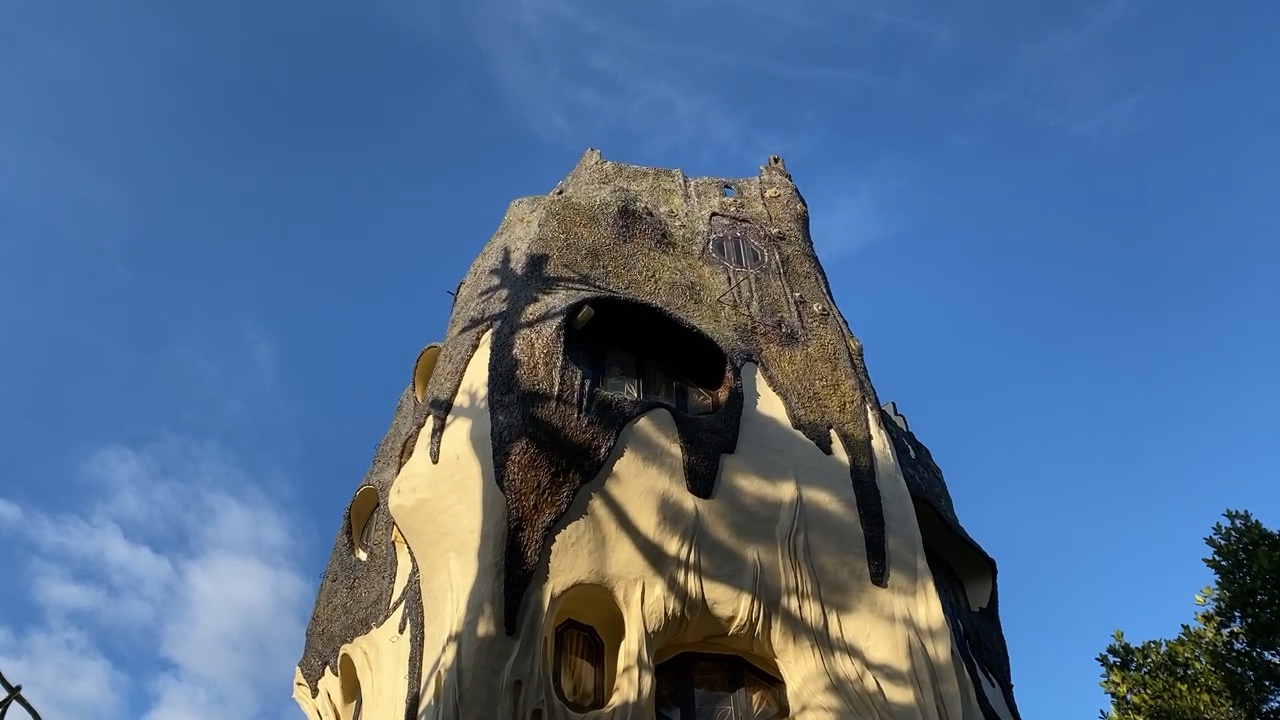 Guides Spring and Hiếu will be revisiting the Crazy House at 2.45am GMT tomorrow (Tuesday December 21) on Heygo.

See www.heygo.com for how to join the trip for free.

For more information and bookings at the guesthouse, head to www.crazyhouse.vn. Video courtesy crazyhouse.com. All other images are ‘postcard’ screenshots from the Heygo tour.