No time to die –10 ways to holiday like James Bond 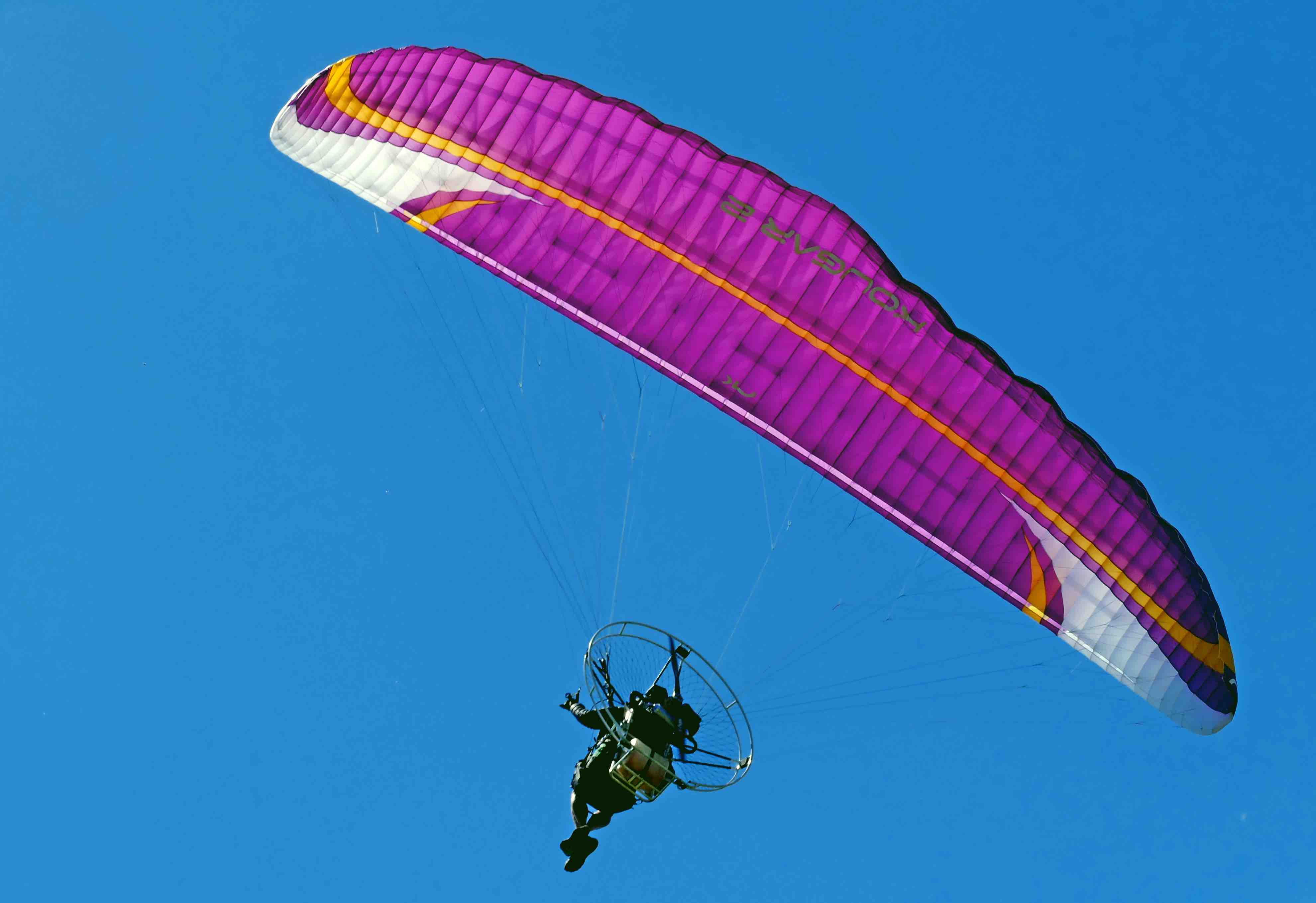 NEW Bond movie No Time To Die is just weeks away and we’re all both shaken and stirred by the final globe-trotting trailer.

So here are ten ways to unleash your own inner 007, from daredevil thrills in Rwanda to relaxed romance in Vienna.

Time to Sky: paramotoring in Rwanda 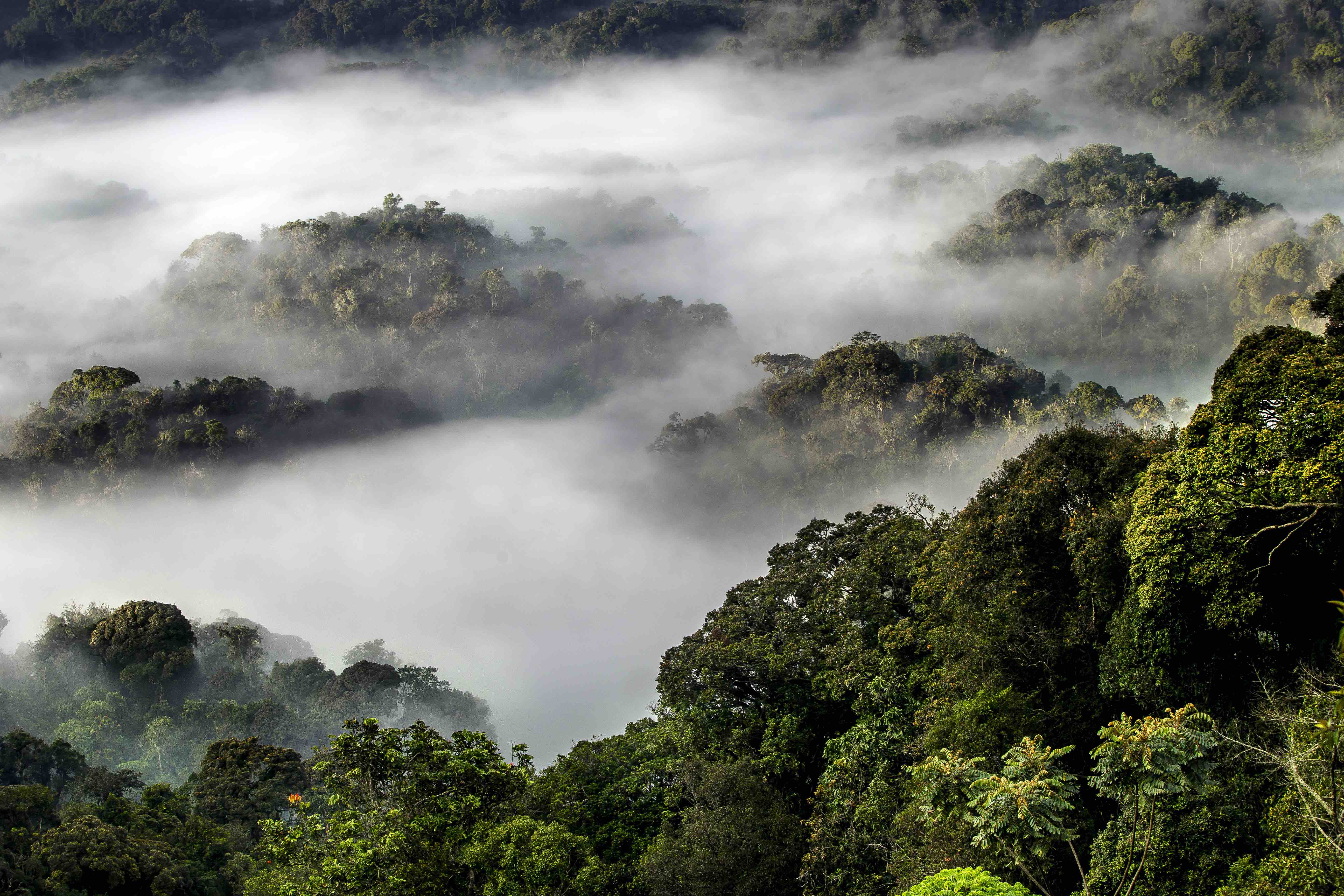 A thrilling air tour is the best way to experience remarkable views of Nyungwe National Park. Paramotoring is a form of paragliding where the pilot wears a motor on his, or her, back, providing enough thrust to launch into the air and soar through the sky.

Taking in the ‘land of a thousand hills’ from above,  thrillseekers may even be able to spot wildlife native to the park including the serval cat, mongoose, congo clawless otter or leopards.

The landscape will remind paragliders of the epic jungle scene in Octopussy (1983) where Bond dodges wild cats to escape his elephant-riding enemy. See visitrwanda.com 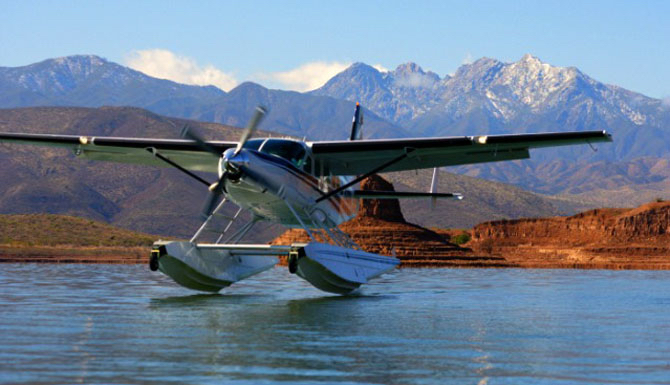 On the world’s only seaplane-supported technical canyoneering adventure, you’ll feel as if you’re flying in 007’s Man With The Golden Gun seaplane, the Republic RC-3 Seabee.

You’ll soar over the canyon lands to the edge of Lake Roosevelt on an epic splash plane, ready to challenge yourself in the heart of the Arizona desert. Cliff jumping, abseiling and rock climbing are all on the cards in this canyoneering experience.

Expert guides are on hand to help adrenaline lovers push themselves through the granite chambers and emerald waters of the Sierra Ancha in central Arizona, whilst multicoloured stones, natural waterslides and pine forests make for a movie-worthy backdrop. See visitarizona.com

Shaken, not stirred in San Francisco 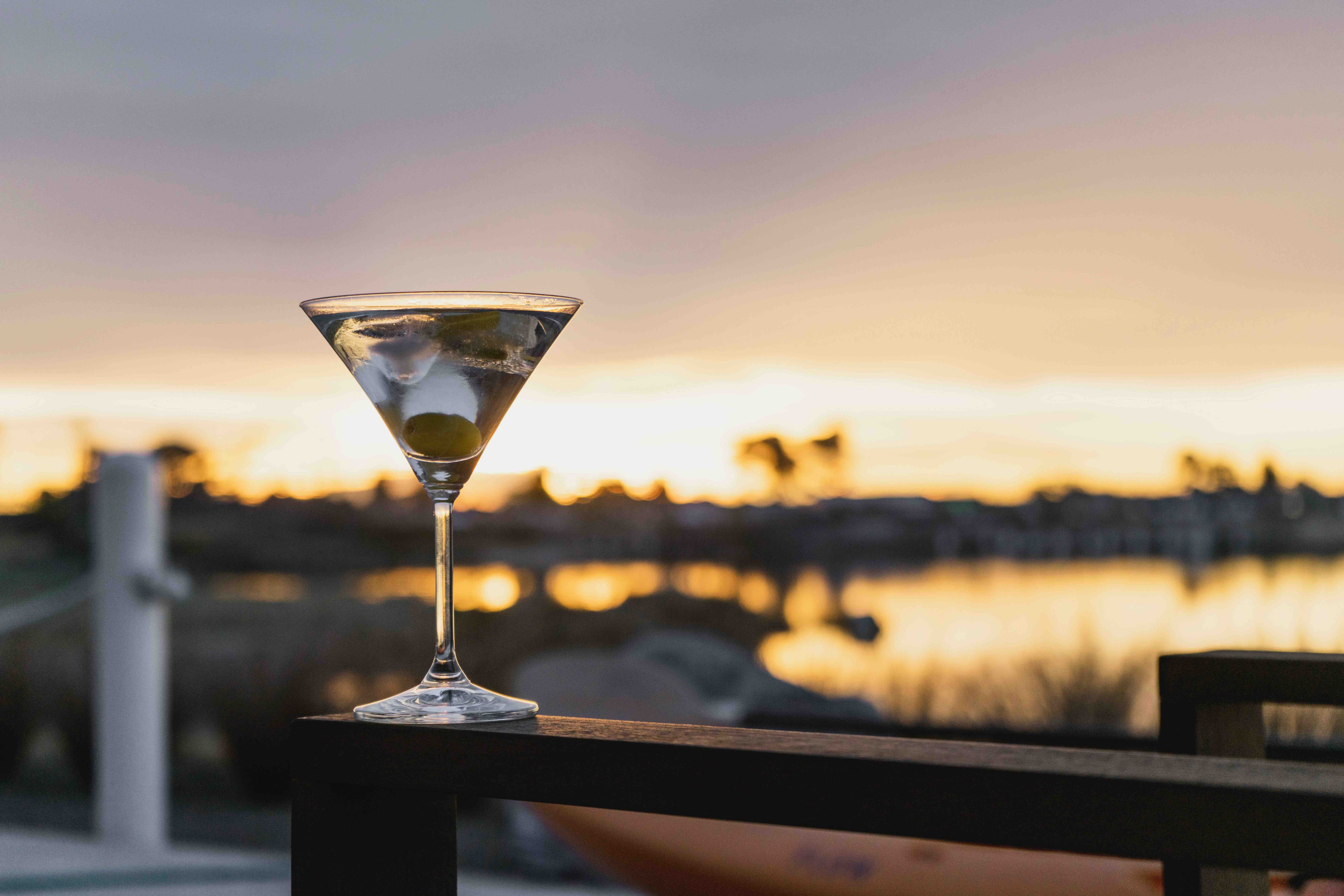 Make it your mission to visit SanFran, home of the Martini, where you can sip on the superspy’s favourite tipple. Spend time Casino Royale style at the Occidental Hotel, where the first-ever martini was created in the 1880s.

It’s thought that a flush miner from Martinez, California was passing through the city and gave the bartender at the hotel a hometown recipe which the bartender recreated and added to the menu, naming it the martini.

To this day, the famous drink is one of the most popular cocktails in the world. Head to sftravel.com to plan your visit.

From Vienna with Love 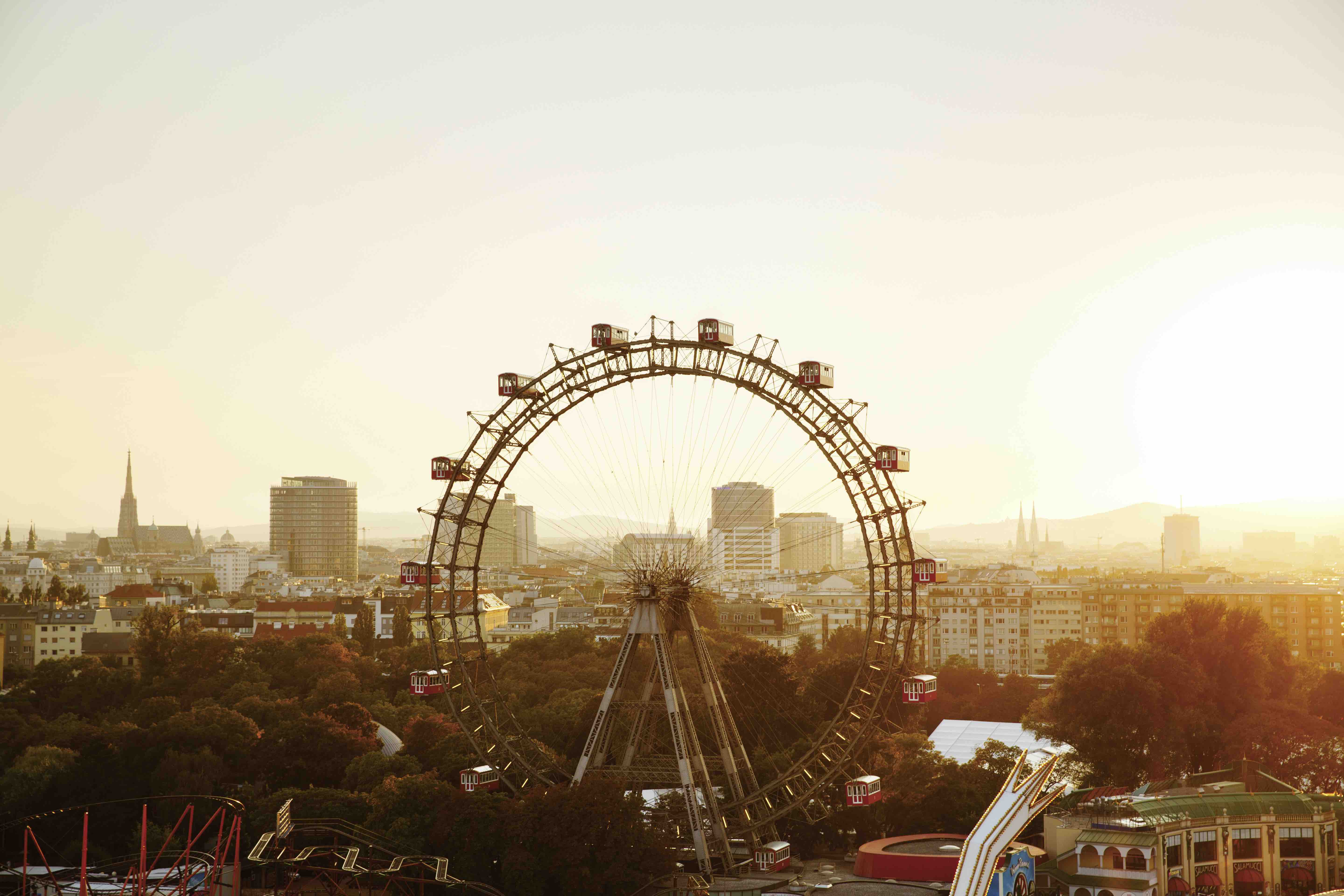 No Bond story wouldn’t be complete without a little (or a lot) of romance, and you can recreate the romantic ‘first-kiss’ between 007 and his leading lady from The Living Daylights, whilst riding Vienna’s iconic Prater Ferris Wheel.

The 65-metre tall giant ferris wheel is a landmark in Vienna’s history as well as its skyline. When it was constructed in 1897 in celebration of the golden jubilee of Emperor Franz Joseph I, the ride broke records for being the tallest ferris wheel in the world.

The giant wheel is still a favourite attraction at the Prater Amusement Park. See wien.info/en

Read more: Inside the Alpine 007 hideaway with a licence to thrill 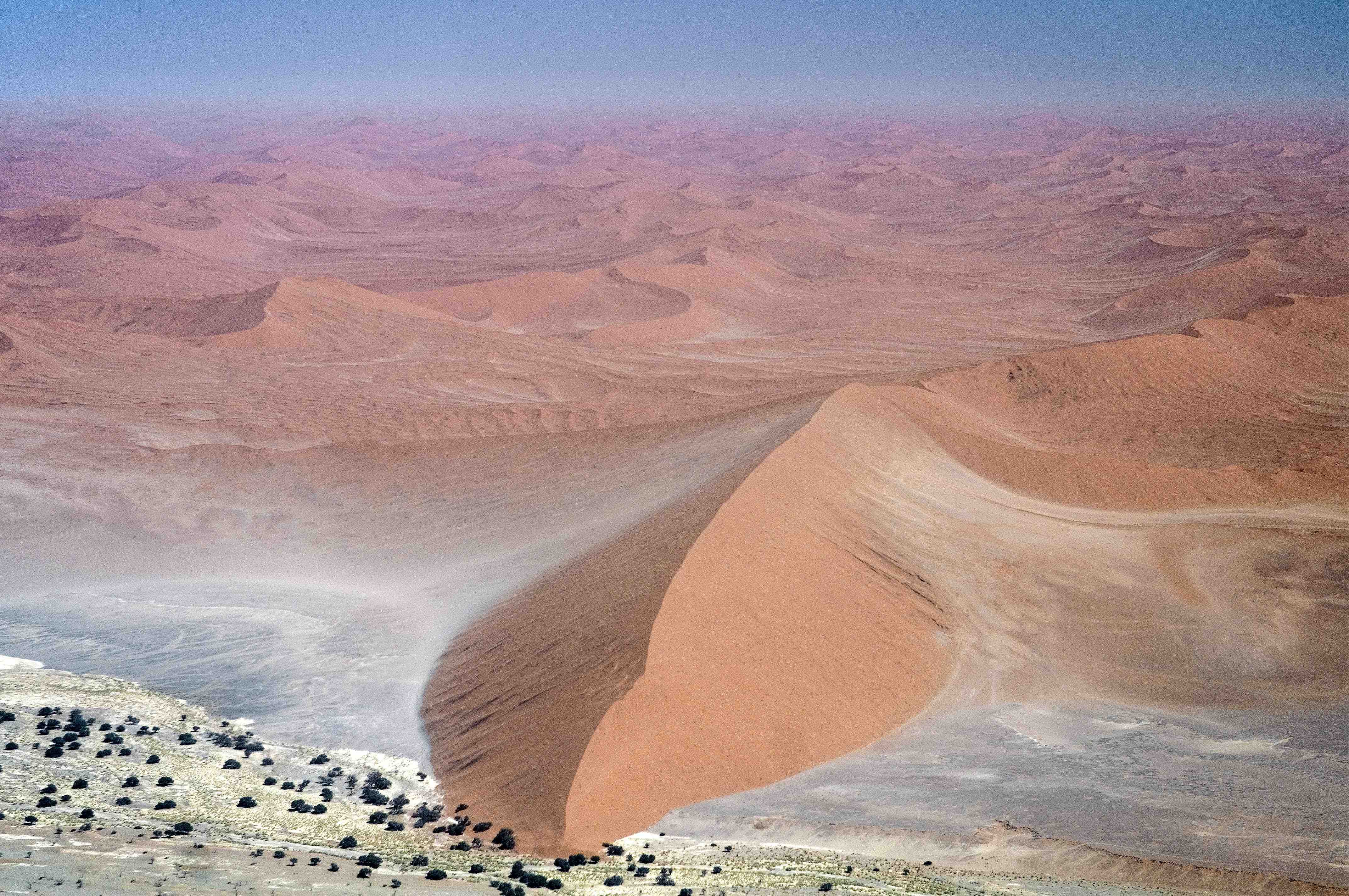 Namibia’s vast swathes of golden desert, rippling ochre dunes and rugged Skeleton Coast will remind you of the spectacular scenery in Quantum of Solace.

Bond-abes can glide down some of the world’s highest sand dunes at Sossusvlei, or embark on an epic adventure in Fish River Canyon. Stretching 160km and up to 500m deep, the world’s second longest canyon offers endless hiking and kayaking.

Finish off a day of thrills cosied under a blanket of twinkling stars at Namibia’s gold tier Dark Sky Reserve. See namibiatourism.com

View To A Thrill with Manitoba’s polar bears 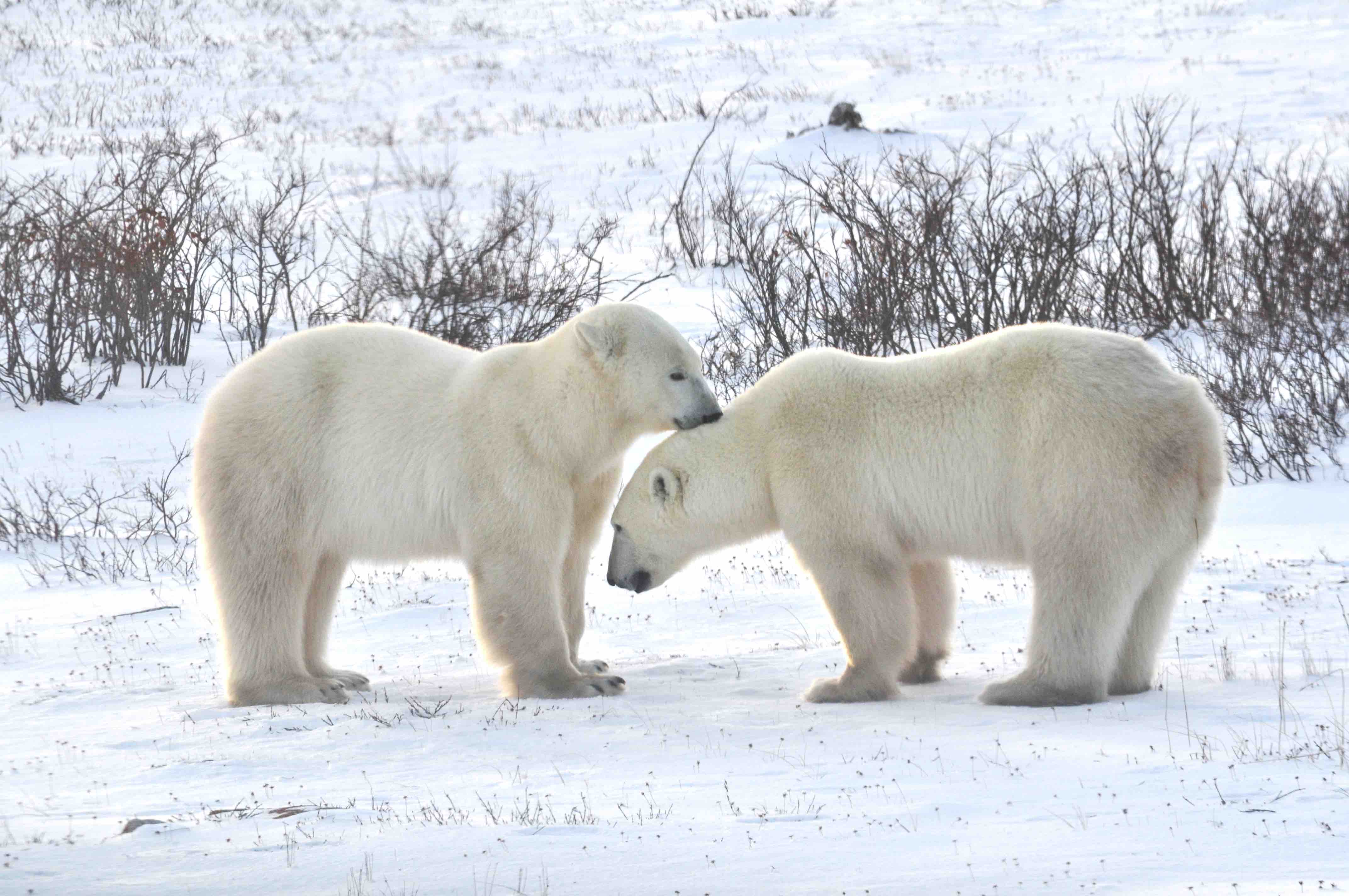 No 007 film would be complete without an iconic helicopter scene and visitors can take to the air over the icy tundra of Hudson Bay in Churchill, Manitoba – the polar bear capital of the world.

You can observe the ‘Lords of the Arctic’ from above, spotting bears weighing as much as 681kg resting before the sea ice forms, or even mothers playing with their cubs.

Helicopter flights with expert guides, above a landscape like that of Die Another Day, are adapted to migration patterns so you might also spot moose, caribou, seals and arctic foxes. See travelmanitoba.com

Licence to chill – on an Idyllic private island 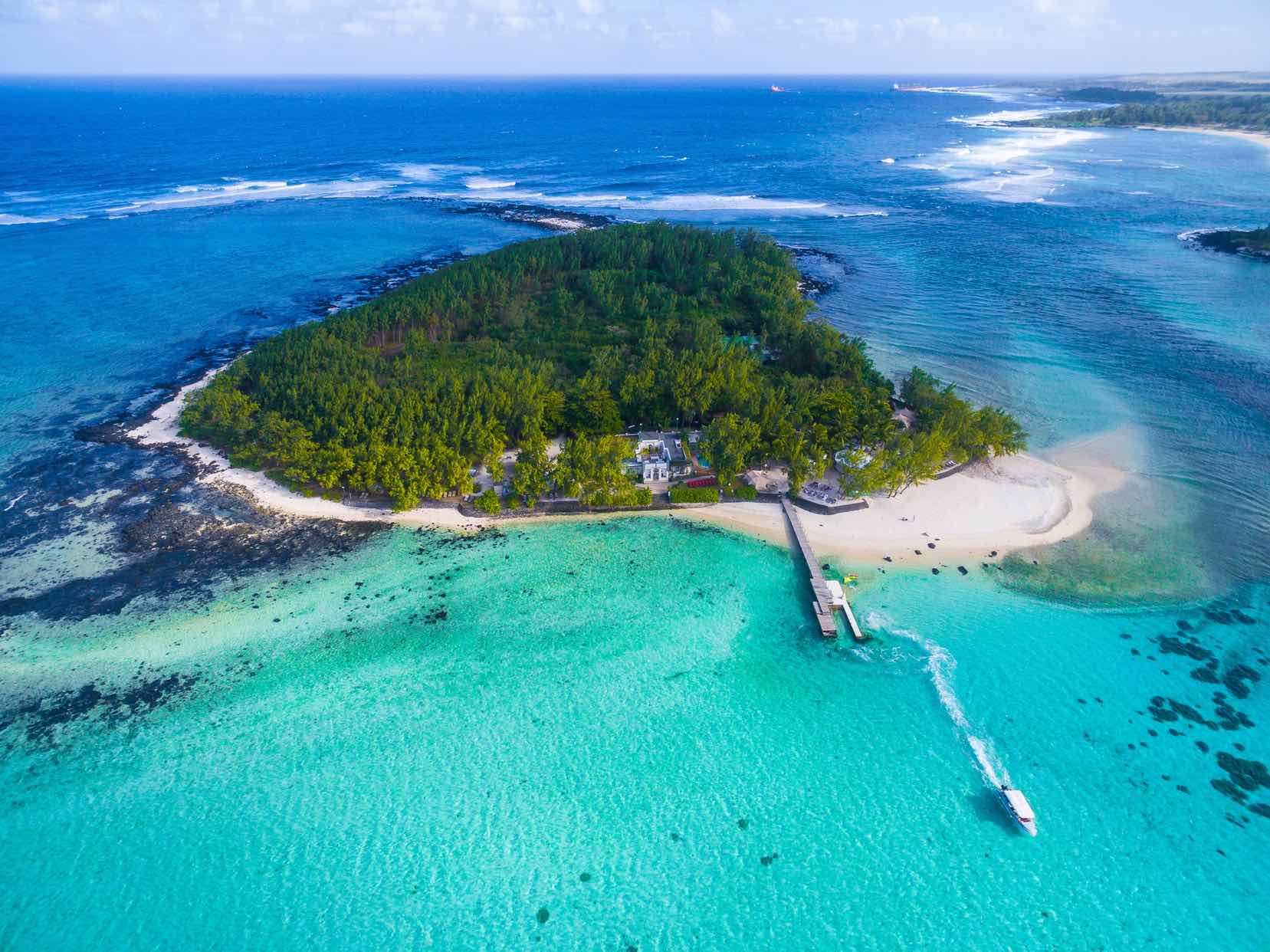 Off the south-east coast of Mauritius, the private island of Ile des Deux Cocos is the perfect place to hide out with its lush tropical surroundings and dramatic Indian Ocean views.

Conjuring images of a tropical island in Dr No, and built over a century ago by flamboyant British Governor Sir Hesketh Bell, the island’s villa has a distinctly eccentric charm.

The island resort is perfect for couples who want to slip off the radar, with activities including snorkelling within the nearby Blue Bay Marine Park, a swimming pool and walking trails through the island’s woodland. Visit mymauritius.travel 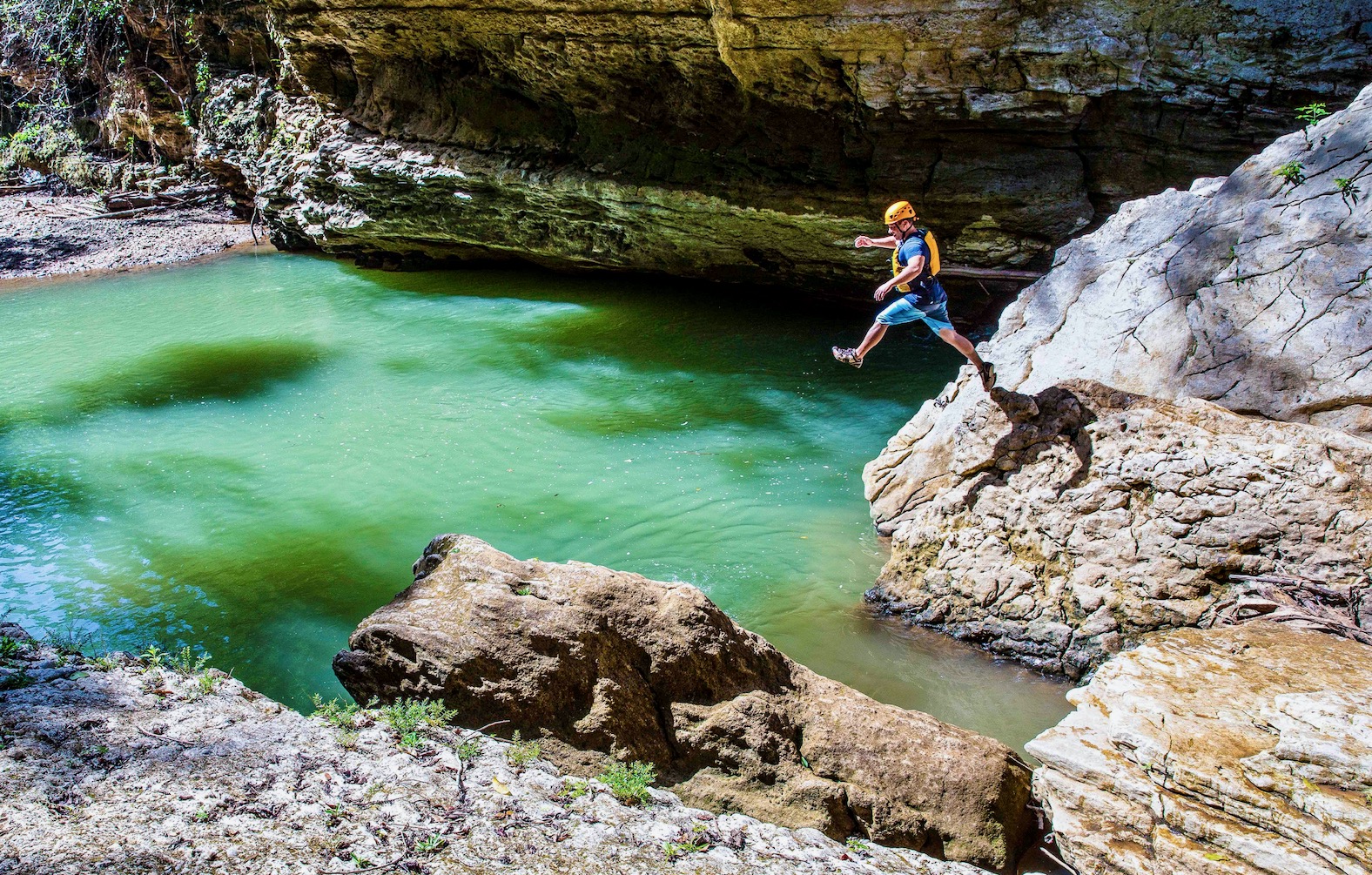 Bond is no stranger to cave diving, and Puerto Rico is home to the largest cave network in the western hemisphere, with more than 220 subterranean caves stretching over 268 acres, and an estimated 800 caves yet to be explored.

With some ten miles of mapped trails across the island, head to Cañon de Tanamá, where the Tanamá River has carved a complex network of caverns, canyons and tunnels in the limestone cliffs.

It is an unparalleled destination for caving, cave tubing, rappelling, hiking, and rock-climbing tours, whilst encountering magnificent film-worthy views atop the cliffs. See discoverpuertorico.com

Read more: Sail on a luxury yacht with its own mini submarine

The World is Not Enough – so set sail around it 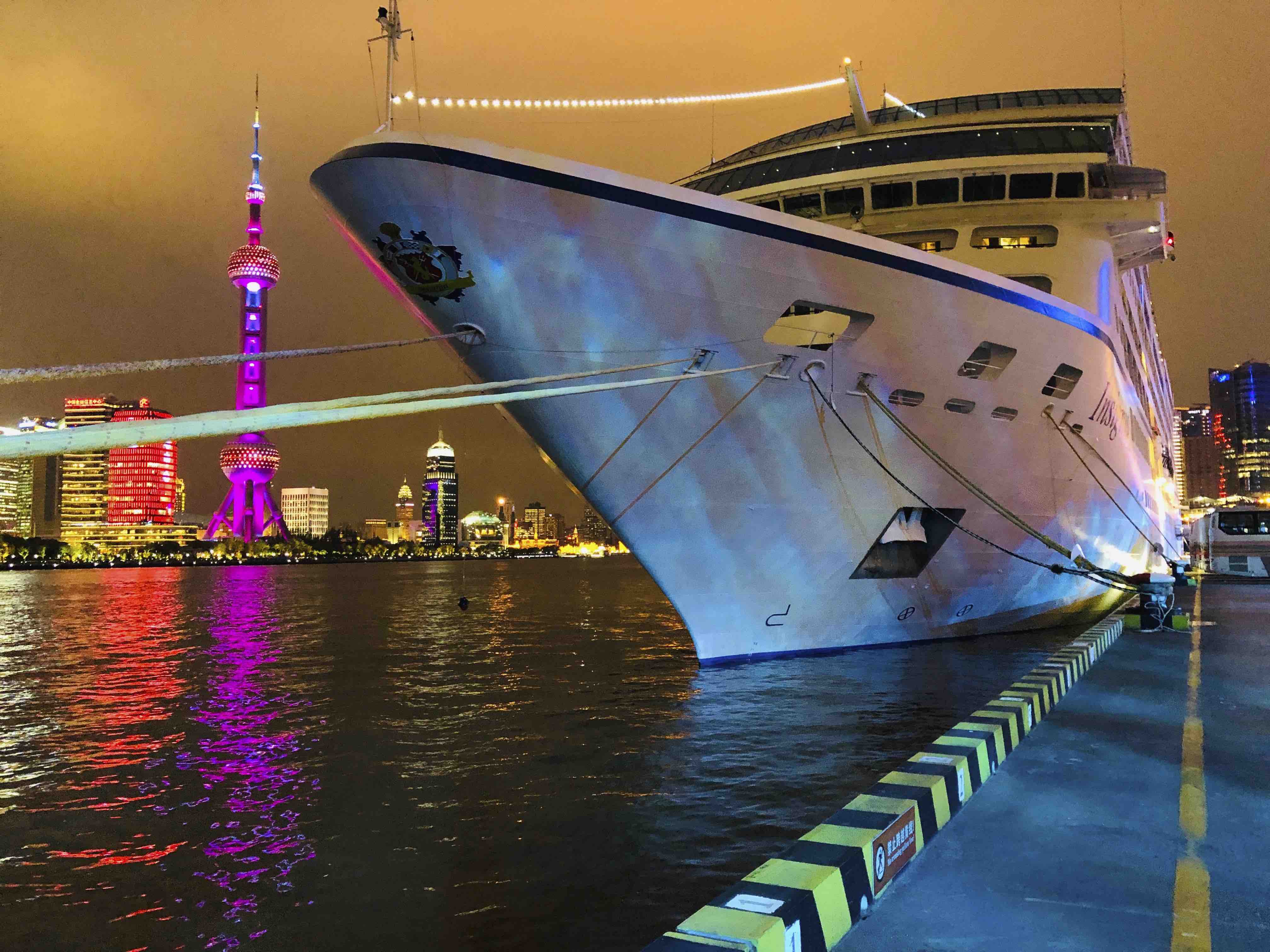 Passengers on board Oceania Cruises’ 684-guest Insignia can experience the Bond luxury lifestyle with the Around The World in 180 Days voyage in 2022.

Departing from Los Angeles, voyagers will experience 91 destinations across six continents, enjoying a myriad of immersive experiences along the way, from South America to Africa, Asia and Canada.

After a day soaking up the world’s wonders, enjoy a martini before making your way to the Grand Dining Room for what is claimed to be “The Finest Cuisine At Sea”™. See oceaniacruises.com

Diamonds Are Forever – so dress the part 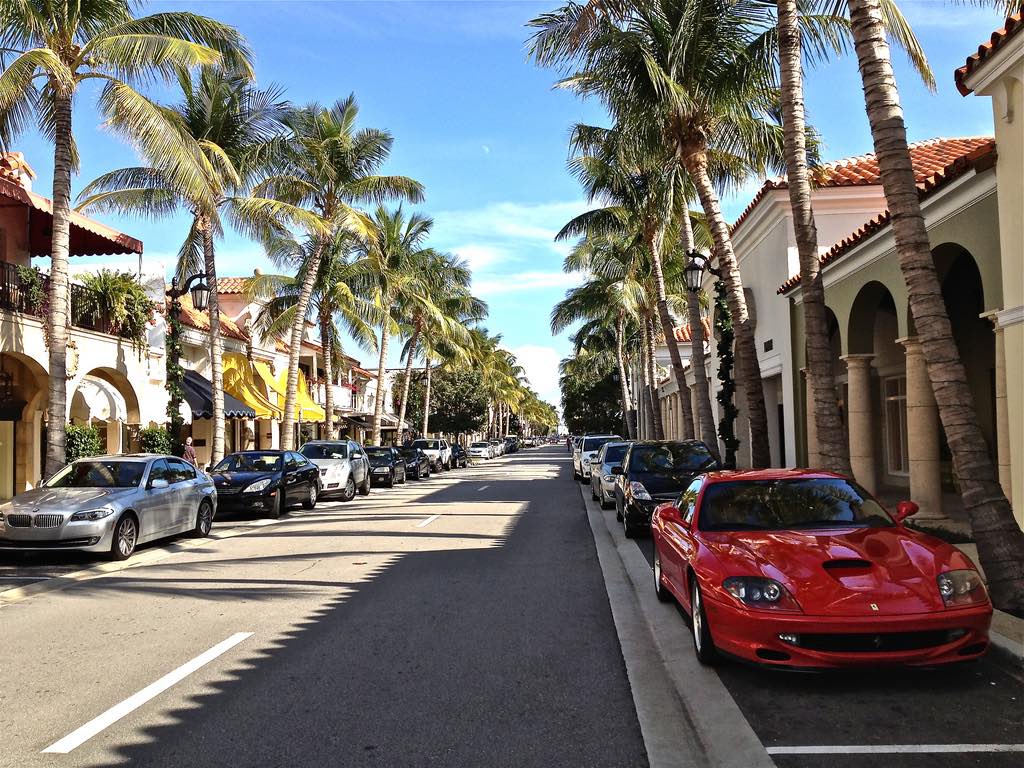 Whether it’s enjoying a bespoke suit tailoring experience at Brioni’s, or finding the perfect designer gown to look like a Bond girl at a star-studded event, Worth Avenue is a haven for a glamorous shopping trip in true Bond style.

The Avenue’s celebrated boutiques offer designer fashion, including Chanel and Bottega Veneta, and jewellery by Tiffany and Co, providing a luxury shopping experience.

Afterwards, travellers can head to the RH Rooftop Restaurant in West Palm Beach to quench their thirst on a martini or two. See thepalmbeaches.com