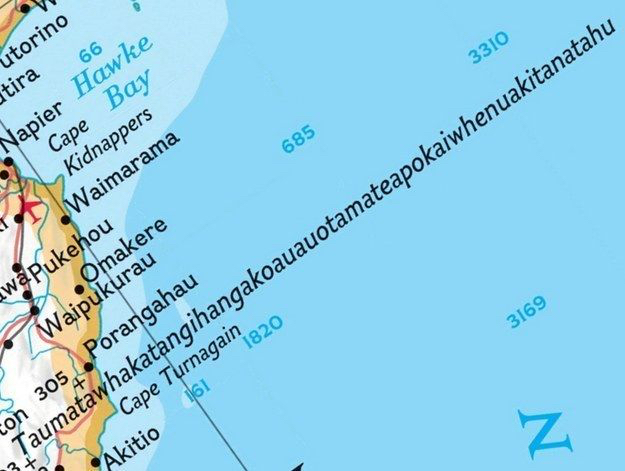 SO most Brits struggle with that little railway station in Wales. We shorten it to Llanfair PG to make it less of a tongue-twister.

But Llanfair­pwllgwyngyll­gogery­chwyrn­drobwll­llan­tysilio­gogo­goch – all 58 letters of it – on the island of Anglesey is child’s play.

It’s a 305m high hill near Porangahau, and it’ll take you a while working out how to ask directions to it.

That’s because its name is Taumata­whakatangihanga­koauau­o­tamatea­turi­pukaka­piki­maunga­horo­nuku­pokai­whenua­ki­tana­tahu.

It translates roughly as “The summit where Tamatea, the man with the big knees, the slider, climber of mountains, the land-swallower who travelled about, played his koauau to his loved one”.

The koauau was a form of flute, should you be wondering. 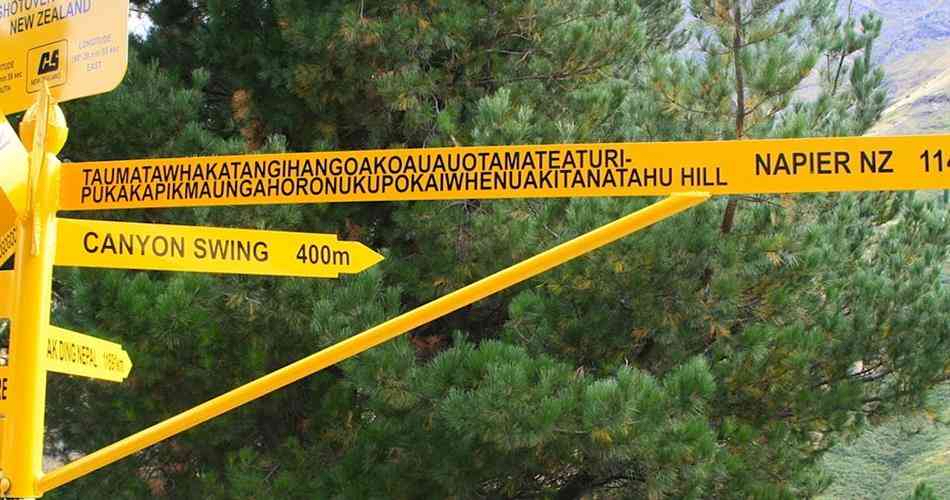 An even longer version, Taumata-whakatangihanga-koauau-o-Tamatea-haumai-tawhiti-ure-haea-turi-pukaka-piki-maunga-horo-nuku-pokai-whenua-ki-tana-tahu, has 105 letters.

So what’s it all about?

This one translates as “The hill of the flute playing by Tamatea – who was blown hither from afar, had a slit penis, grazed his knees climbing mountains, fell on the earth, and encircled the land – to his beloved one”. 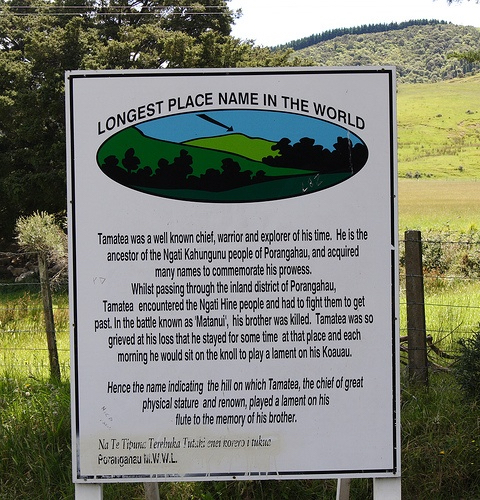 Don’t fret about the slit penis. It’s ancient practice that was a traditional custom among Pacific Islanders.

You can find the hill by driving south from Waipukurau for 55 kilometres, and turning right onto Wimbledon Road. A sign displaying the name appears five kilometres along this road.

It’s a great photo opportunity. The actual place is on private land, so permission is required before you can walk to it.

There are other long place names, of course. 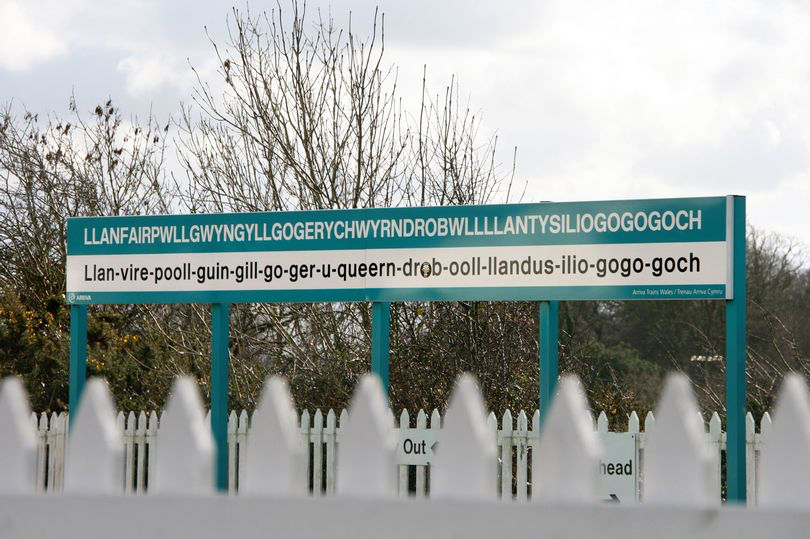 Llanfair PG (yes, I cheated) comes in second in the long league and translates as “Saint Mary’s Church in a hollow of white hazel near the rapid whirlpool of the church of Saint Tysilio with a red cave”

Then there’s a lake in Webster, USA called (take a deep breath) Chargoggagoggmanchauggagoggchaubunagungamaugg, with 45 letters and which means “Fishing Place at the Boundaries – Neutral Meeting Grounds”.

They clearly needed a wide bridge to get this one on… 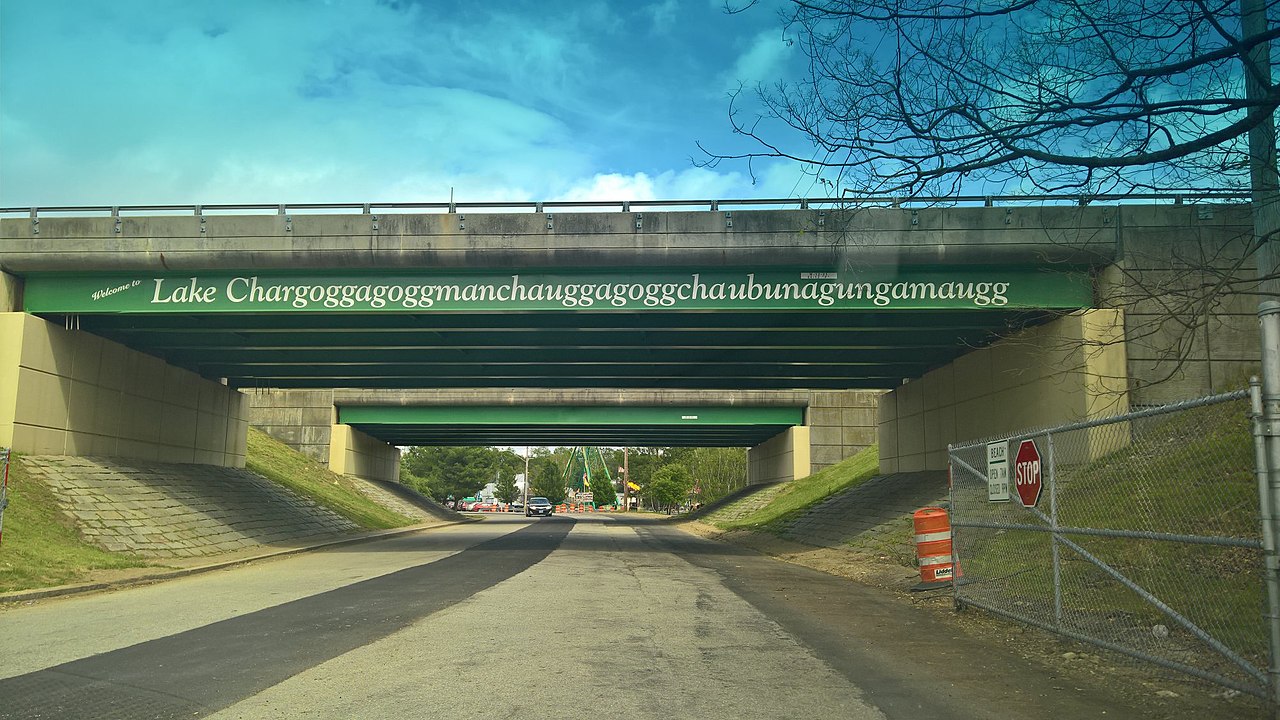 And spare a thought for fourth placed Countdown contender Tweebuffelsmeteenskootmorsdoodgeskietfontein – only one letter fewer at 44 characters, and which is a farm in the North West province of South Africa.

I love the translation of this one: “Two Buffalos With One Shot Completely Dead Shot Fountain”. Now, that’s some feat. 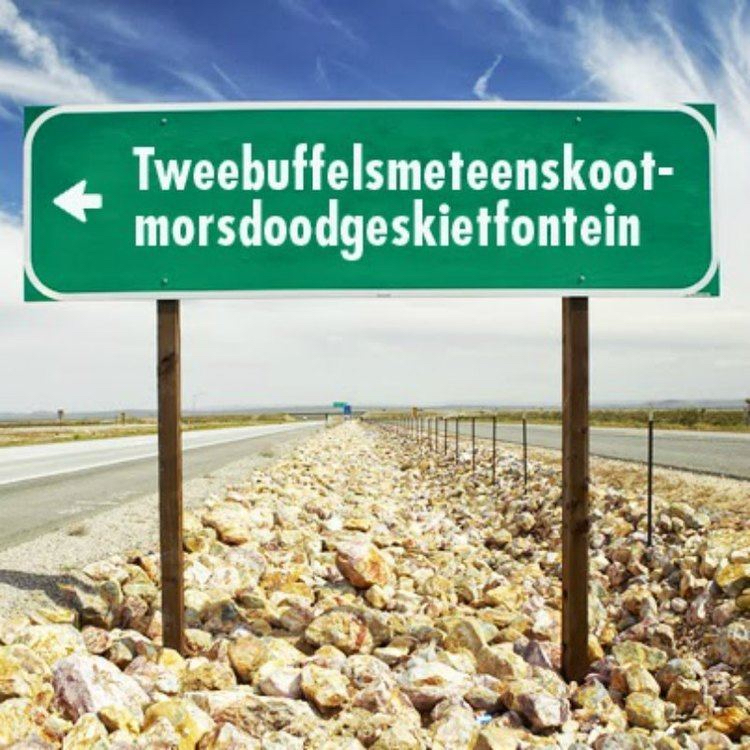