Getting trolled in Lord of the Rings country 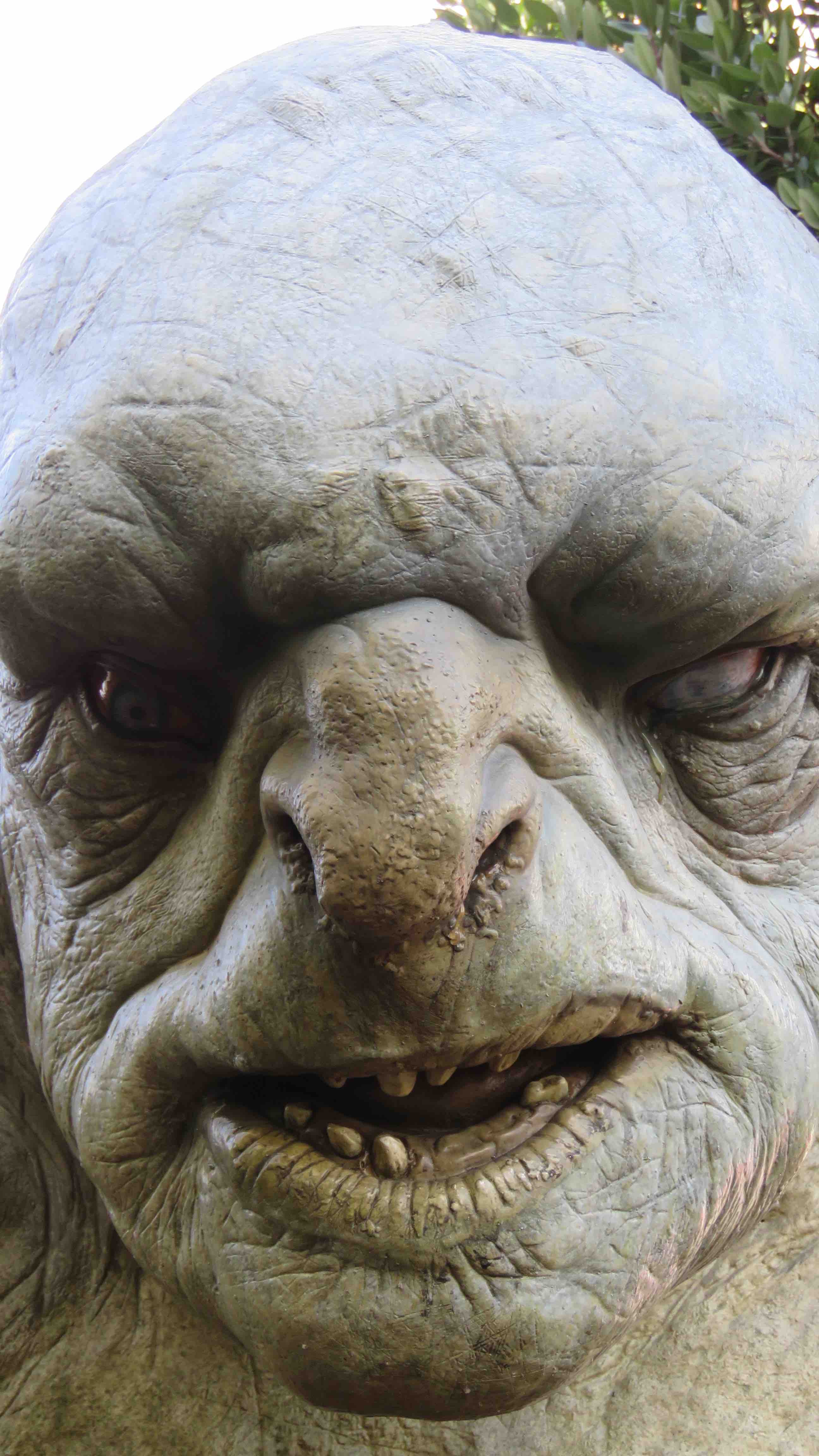 IT’S a nondescript unit on an industrial estate – but step inside and all manner of Middle-earth movie magic catches you in its spell.

One of the most feted special effects outfits on the planet, it’s high up on any self-respecting Lord of the Rings fan’s bucketlist.

Only the three giant trolls out front give the game away… 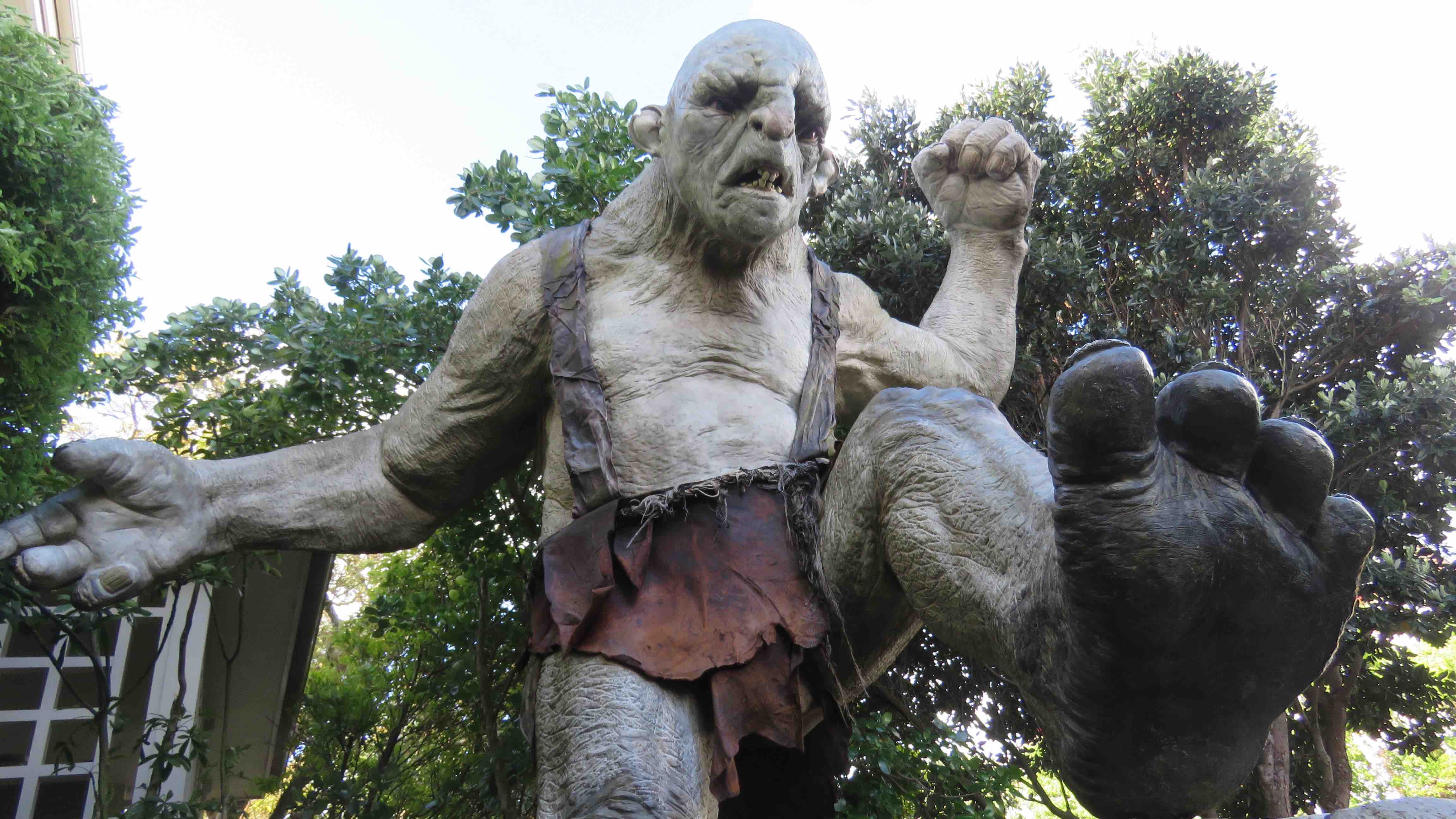 We first enter the shop, which sells everything from leather bookmarks and teeshirts to finely crafted resin models and movie prop replicas which cost the Middle Earth. We’re particularly taken by Gandalf’s hat!

Then we’re met by a guide who works in the Weta paintshop, applying the finishing touches to all the props, and to his one-liners.“You know the zombies are coming, right?” he asks. “Here’s a tip: surround your house with treadmills – they’ll never get you!”

Before we enter the area of the workshop set aside for tours, we are warned that no photography is permitted inside because work may be in progress on forthcoming projects. 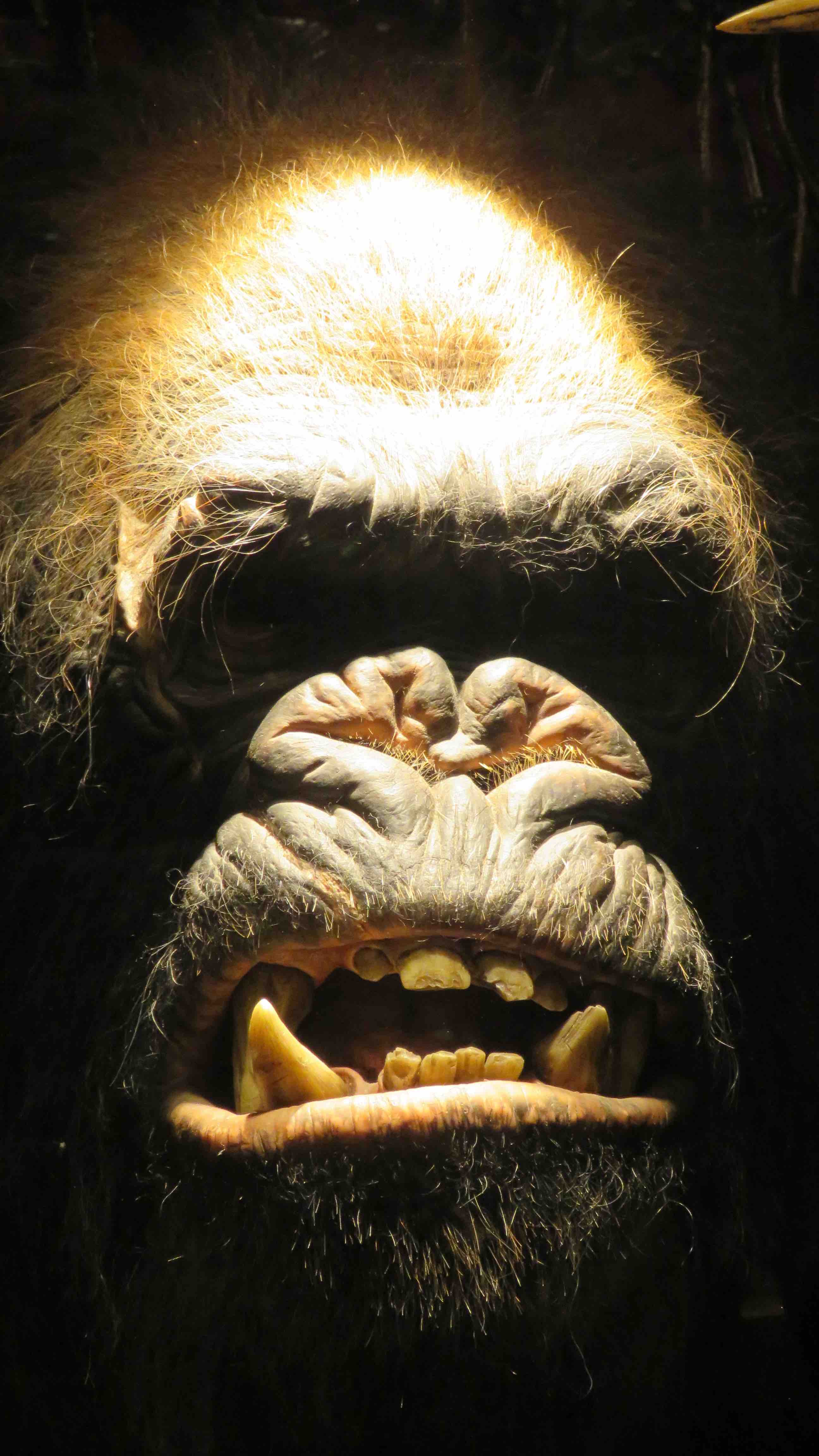 Inside, we discover all manner of props and costumes from the The Lord Of The Rings and many others including King Kong, District 9, Avatar, The Chronicles of Narnia, Spider-Man and Tin-Tin. It’s heaven for film fans.

We’re shown processes including moulding, computer-assisted design, cutting and painting, and even the 3-D printing of armour that looks like heavy steel. Here, we get to handle Mithril, the elven chainmail presented to Frodo by Galadriel. It’s feather light.

We get to press the flesh, too, with human skin – or at least the special effects version of it used to cover a forearm so the wearer can be stabbed and convincingly wounded without coming to harm. Very creepy. 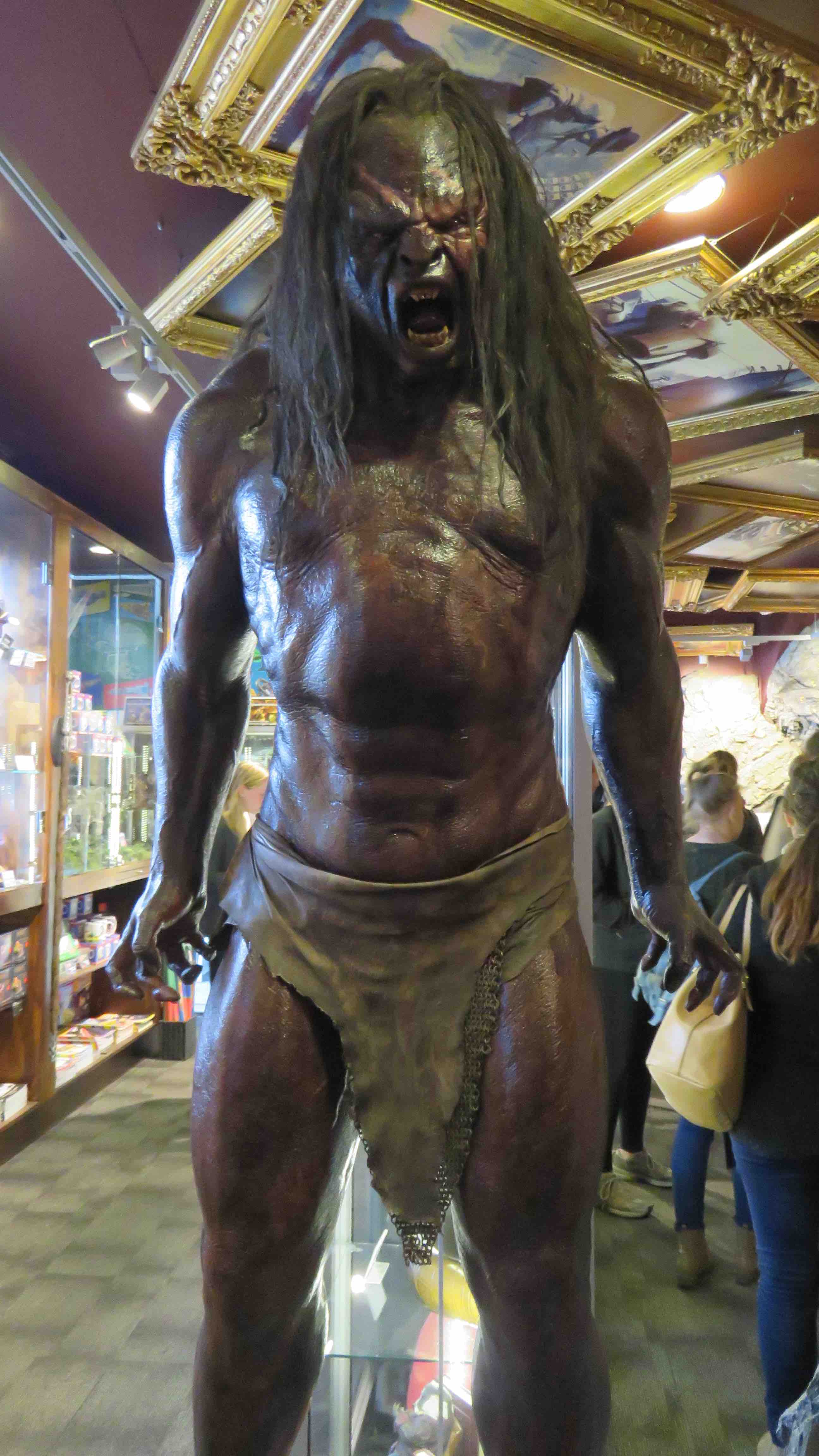 The Oscorp security uniforms for the Spider-Man movie all turn out to be 3D-printed, too, but the biggest surprise is evil Sauron’s armour which looks sharp and dangerous but which, on close inspection, is made of rubber.

It’s got lots of jagged pointy bits which look cool but which would be useless for real fighting, says our guide. “If you venture out onto the battlefield in this, you’ll either do yourself an injury or die straight away,” he smiles. 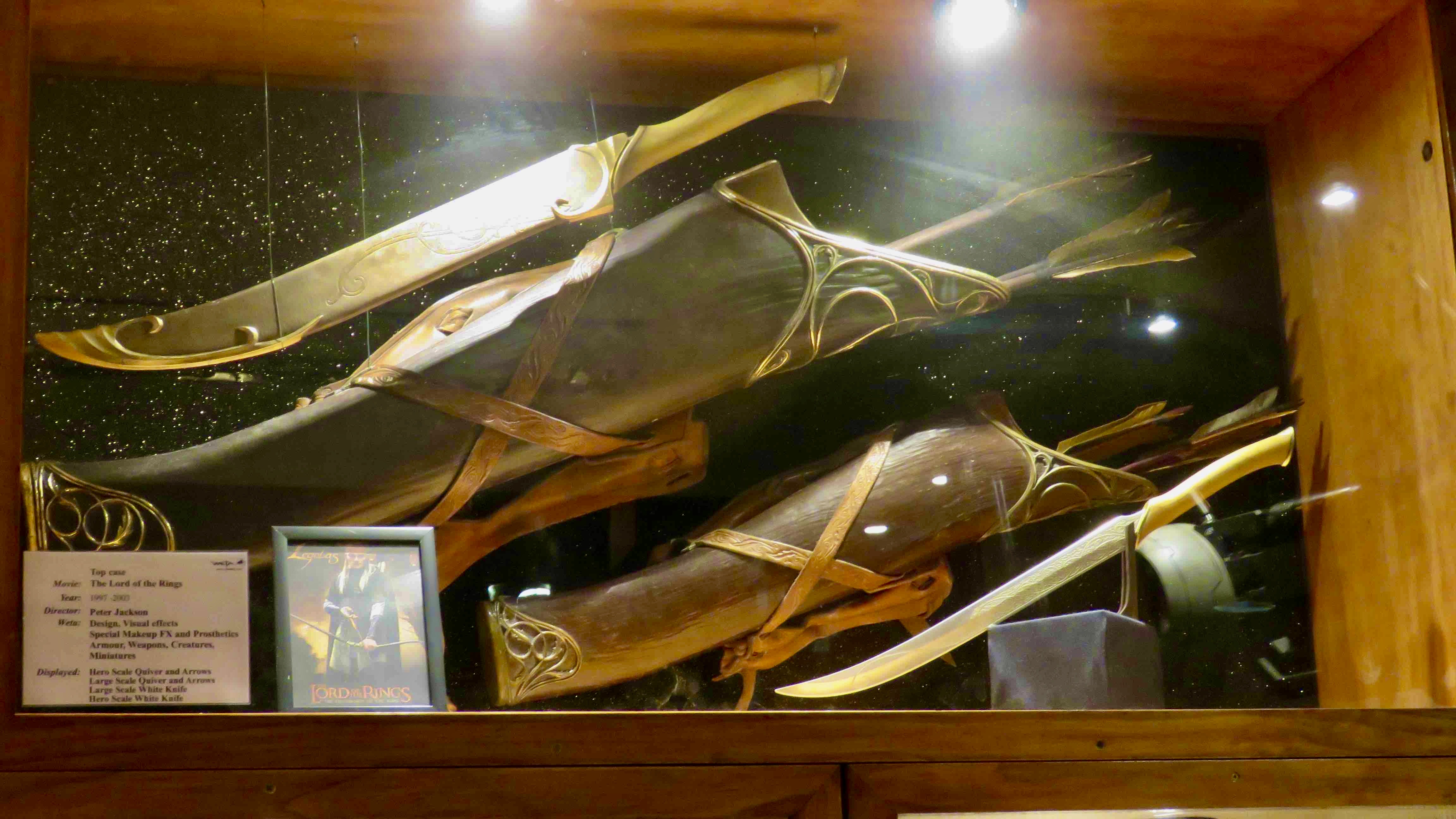 There’s armour and weapons galore here, ranging from Legolas’s bow and quiver to Sauron’s giant mace. Real-looking swords turn out to be rubber or plastic, although there are also steel weapons and bronze sculptures.

“You know the most famous trilogy in movie history?” asks the guide. “Back To The Future!” But it’s said with a nod and a wink while we’re surrounded by elvish battle armour. 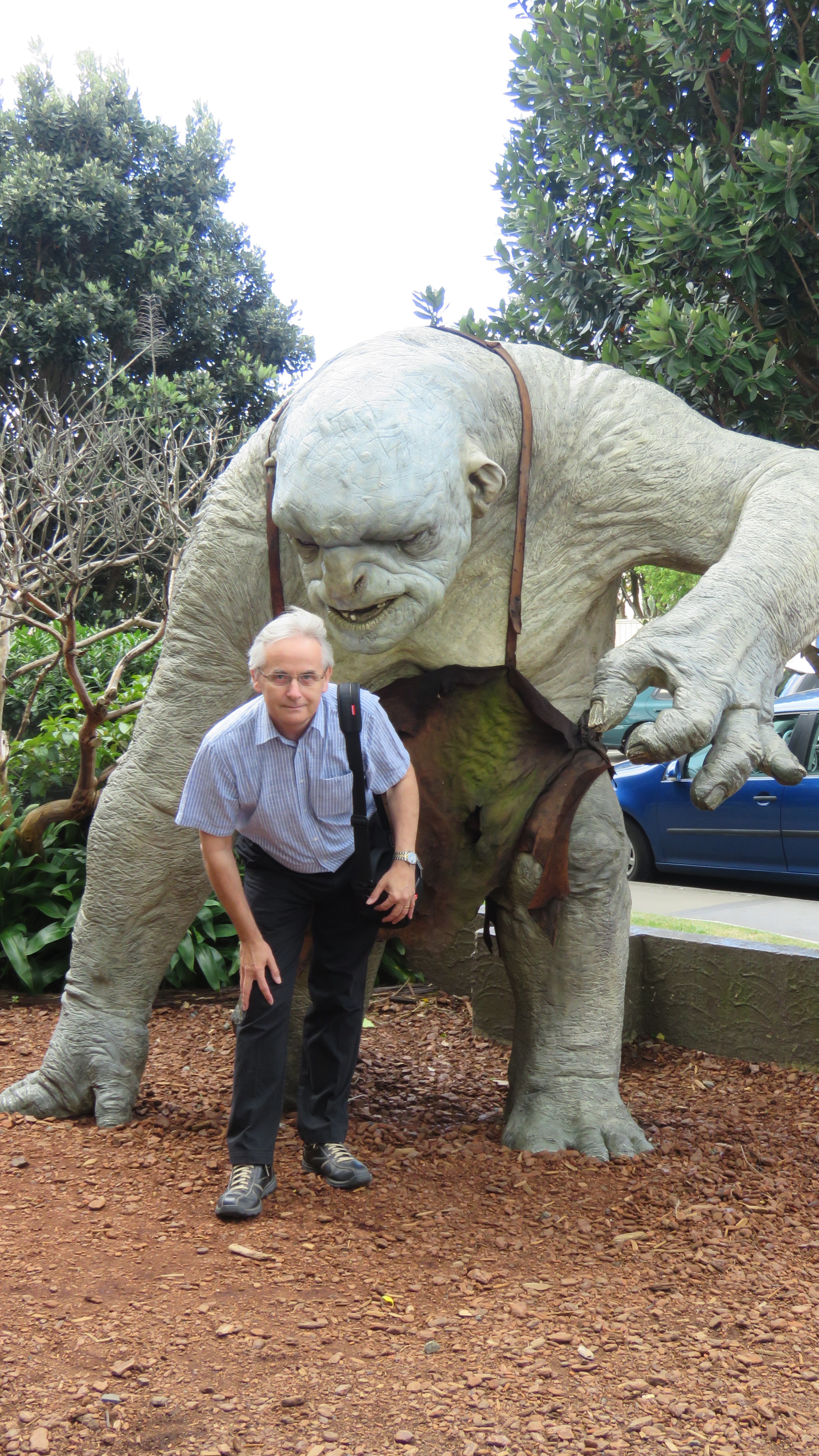 Oddities include a life-sized replica of Sam Neill – used as a body double when he was “horrifically mistreated” in a movie – and there’s even armour for a small dog, done on a whim by one of the designers. Barking mad.

Strangest of all are the armoured battle hamsters ordered by one of Weta’s millionaire benefactors as garden ornaments. And, again, should you be wondering, the workshop is named after the New Zealand wētā, one of the world’s largest insects, which is featured in the logo. 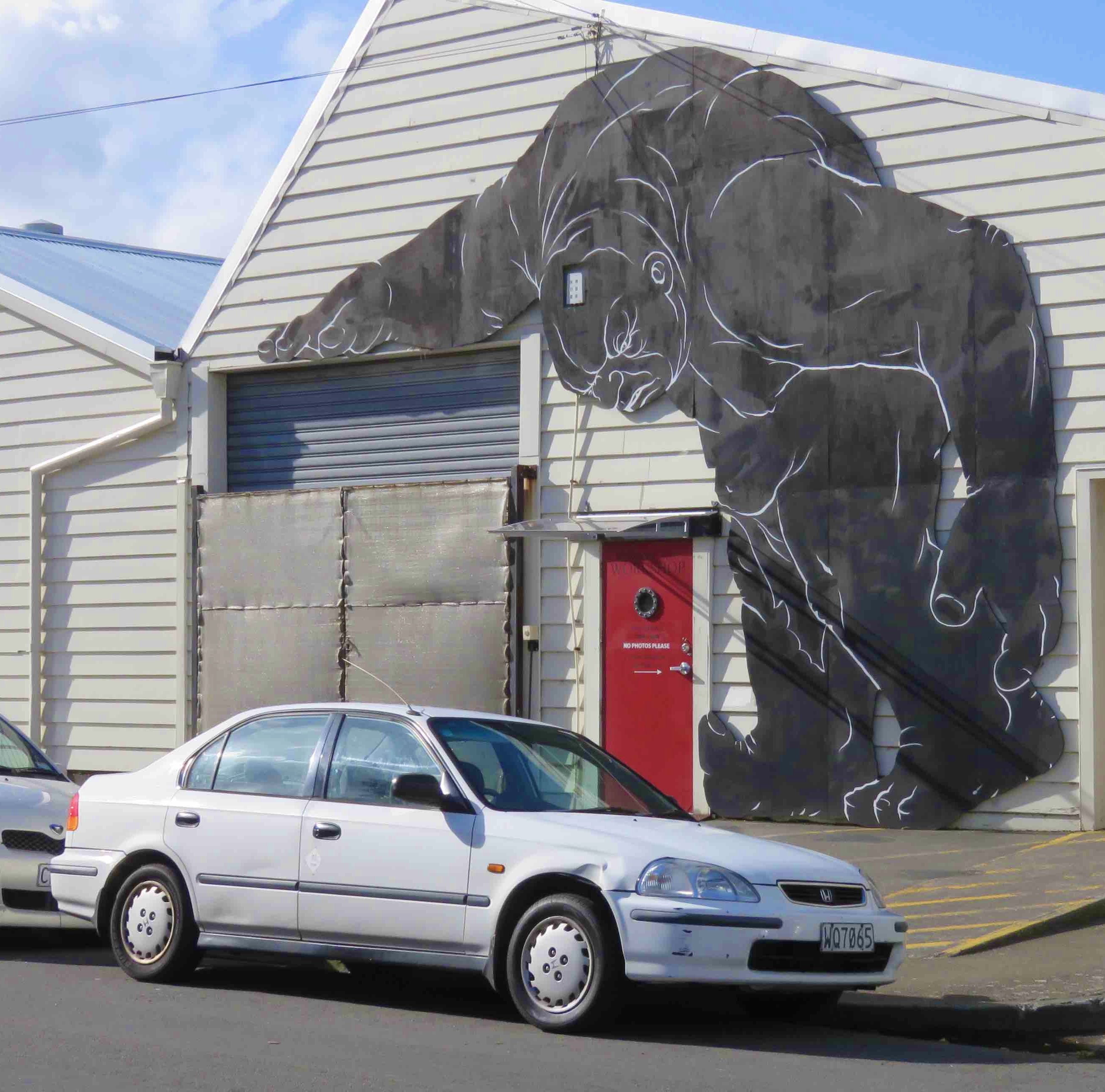 Further south still, via the Interislander ferry across Cook Strait to South Island, and a couple of overnight sightseeing stops later, we check in at a hotel in Queenstown and book a 4×4 tour of LOTR movie locations. A tough-looking Toyota duly whisks us off to Glenorchy.

There are just four of us, plus three guides, and it’s a real treat to travel in such a small group, allowing lots of friendly conversation and information tailored to your level of geekdom. 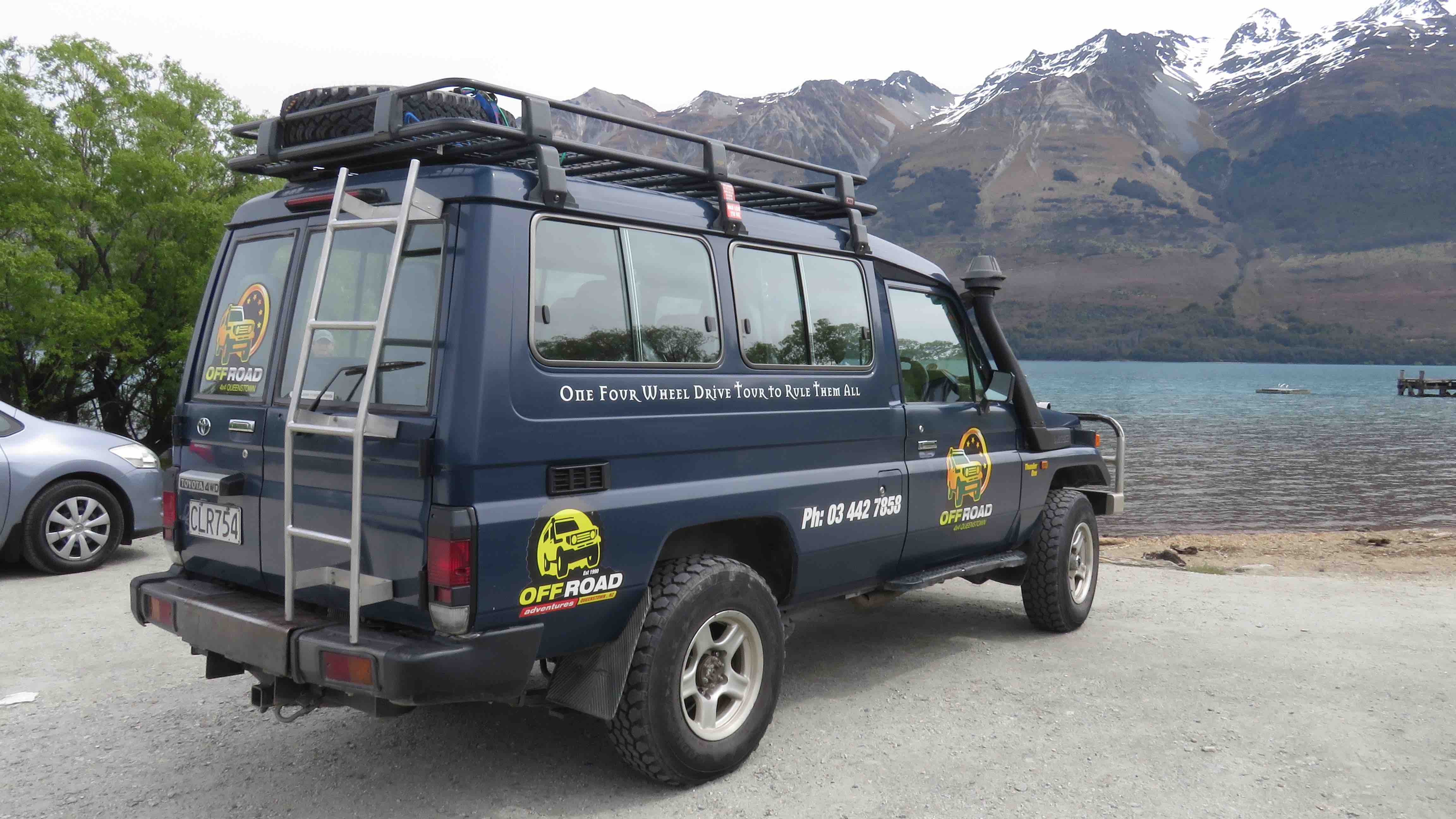 Driver Paddy is engaged to his sweetheart in the Peak District and extols the virtues of Buxton Water, adding that he reckons the scenery in the UK is stunning and he’s constantly surprised that we seem to take it for granted.

We drive along the lake to Glenorchy where we have a picnic lunch before arriving at a place called Paradise. Paddy shows us Lord Of The Rings and other movie locations here, bringing each film scene up on his iPad so we can place what we’re seeing in context.

We see the Dead Marshes, where Frodo, Sam and Gollum first marvel at the Oliphants; we visit the sites of Isengard, the Misty Mountains and Lothlorien Forest, where Peter Jackson had local schoolchildren painting leaves gold so the elvish forest glowed. 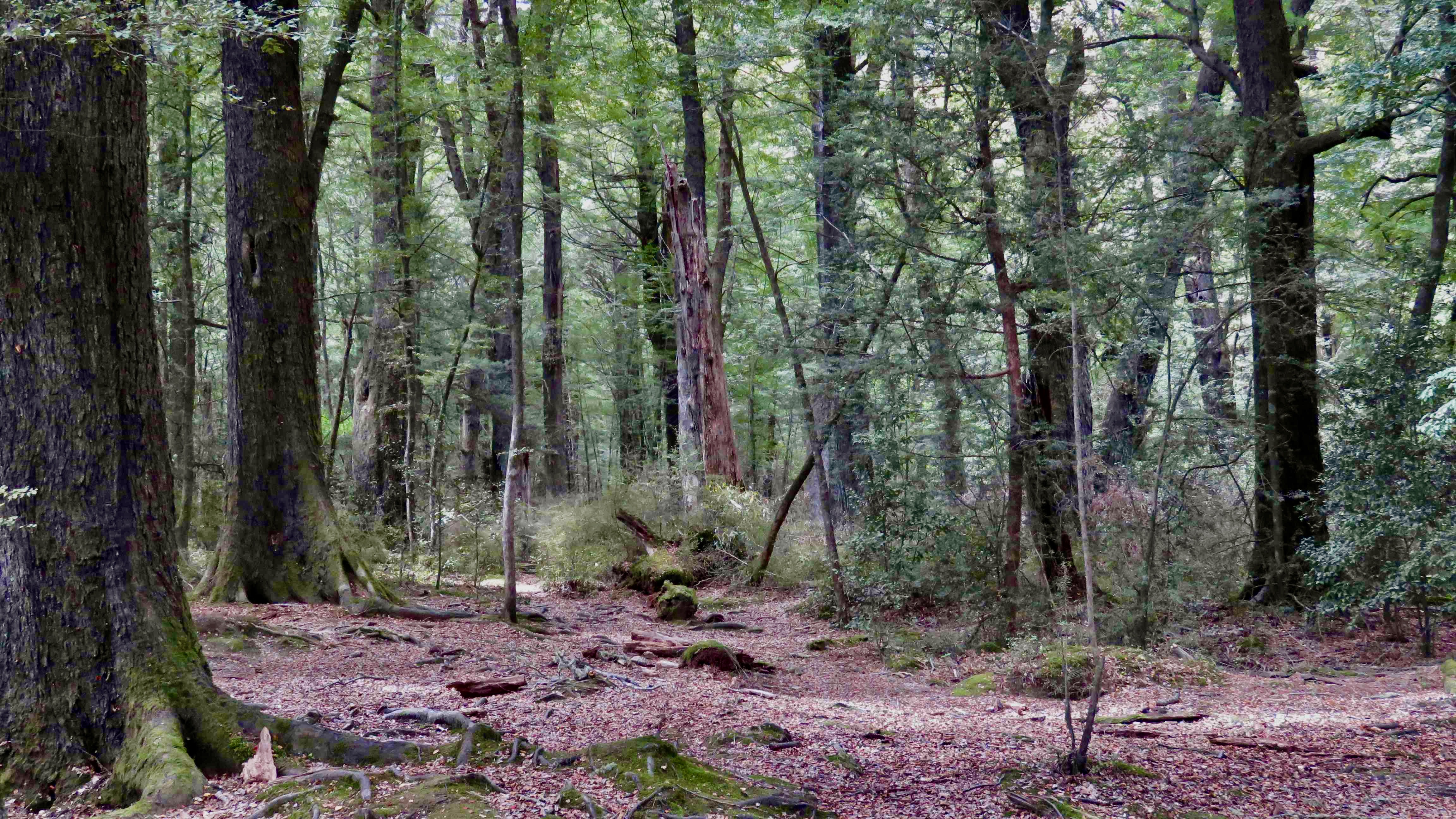 When they filmed the Dead Marshes scene, says Paddy, Elijah Wood was terrified of falling into the real swamp so they had to build a replica, filled with warm water, back on the set for the scene where he falls in among the floating dead. But the wide shots were all filmed here, out in the wild.

There’s Amon Hen, where Boromir is killed by orcs at the end of the first movie and – off topic – the hillside where Logan lives in the X-Men Origins: Wolverine movie and the bridge he memorably crosses in his pick-up truck. We also take in locations from The Chronicles Of Narnia: Prince Caspian. 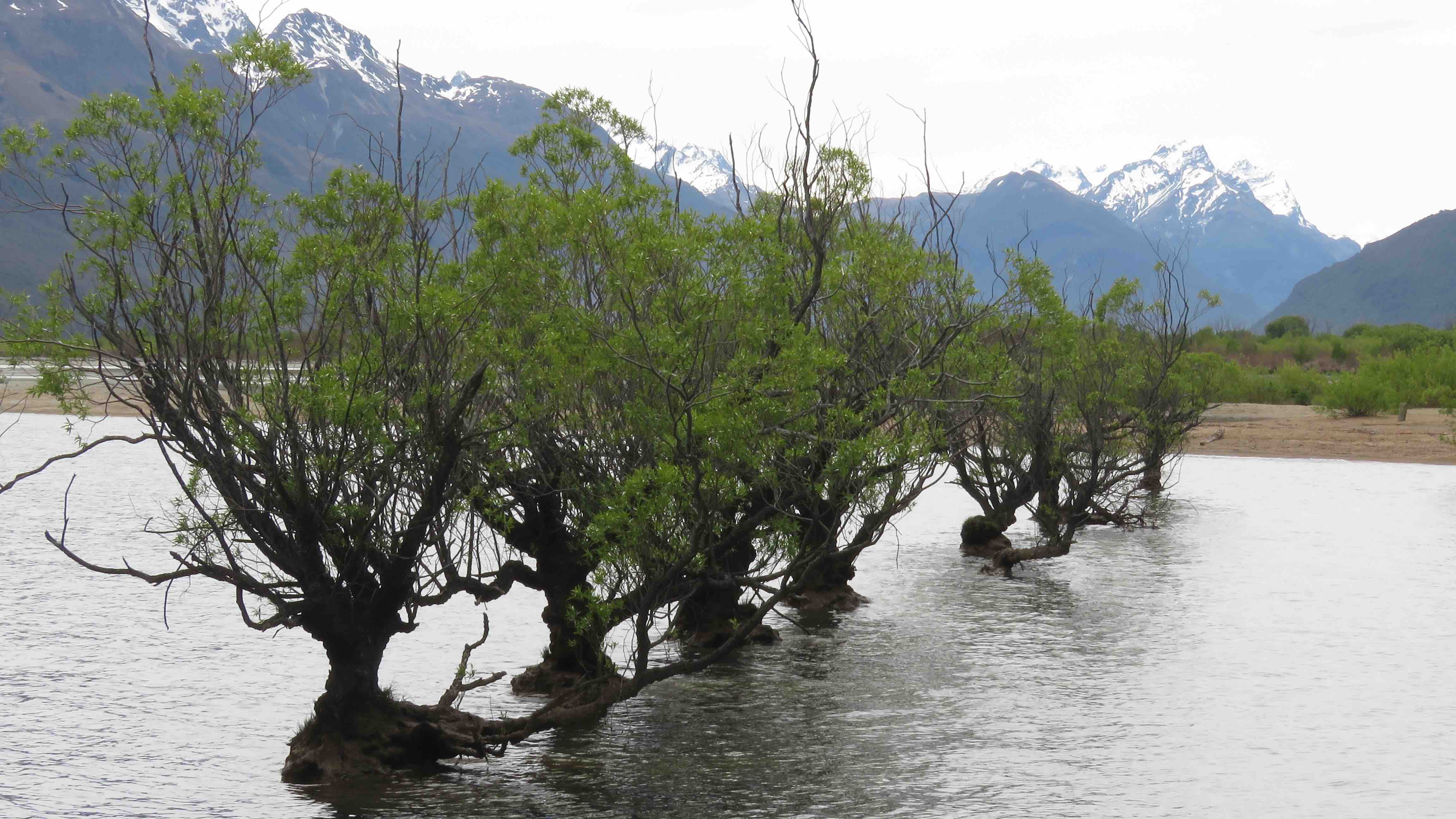 During the Amon Hen fight scenes, we are told, Jackson insisted on using high-flying cameras attached to wires overhead so that the actors and countless extras did not trample the ground underfoot.

The trip takes us off the beaten track, along gravel tracks into private land in the Dart River Valley and Twelve Mile Delta, site of the Ithilien Camp, where we splash through streams to reach the river edge for fantastic views. 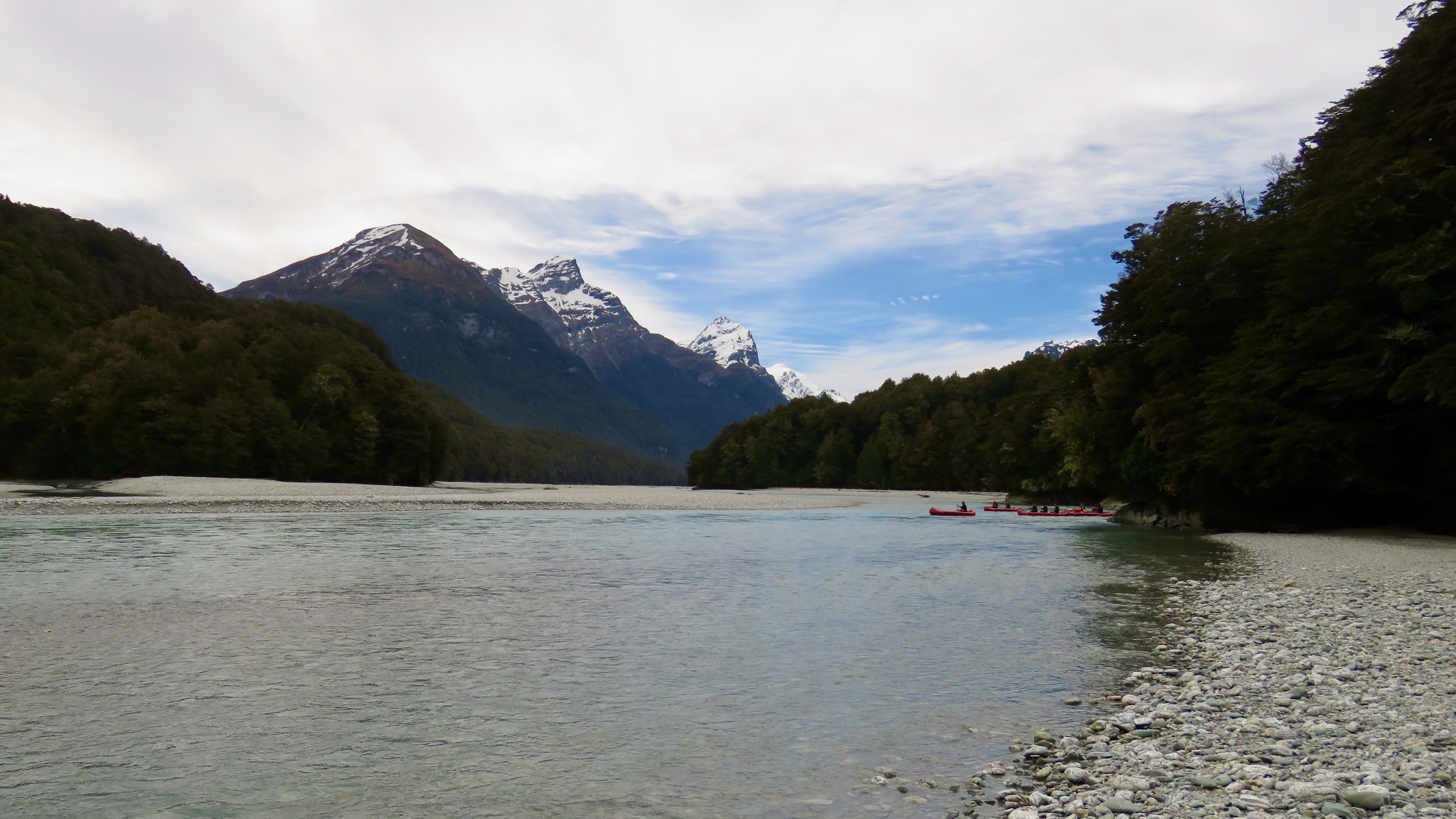 We can also see the mountain where the Fellowship of the Ring trek across the snow on the way to Khazad-dûm and the mines of Moria, and there’s the hilltop where Frodo is attacked by the Ring Wraiths.

It’s been an adventure there and back again of which even Mr Frodo would be proud. May the road go ever on and on… 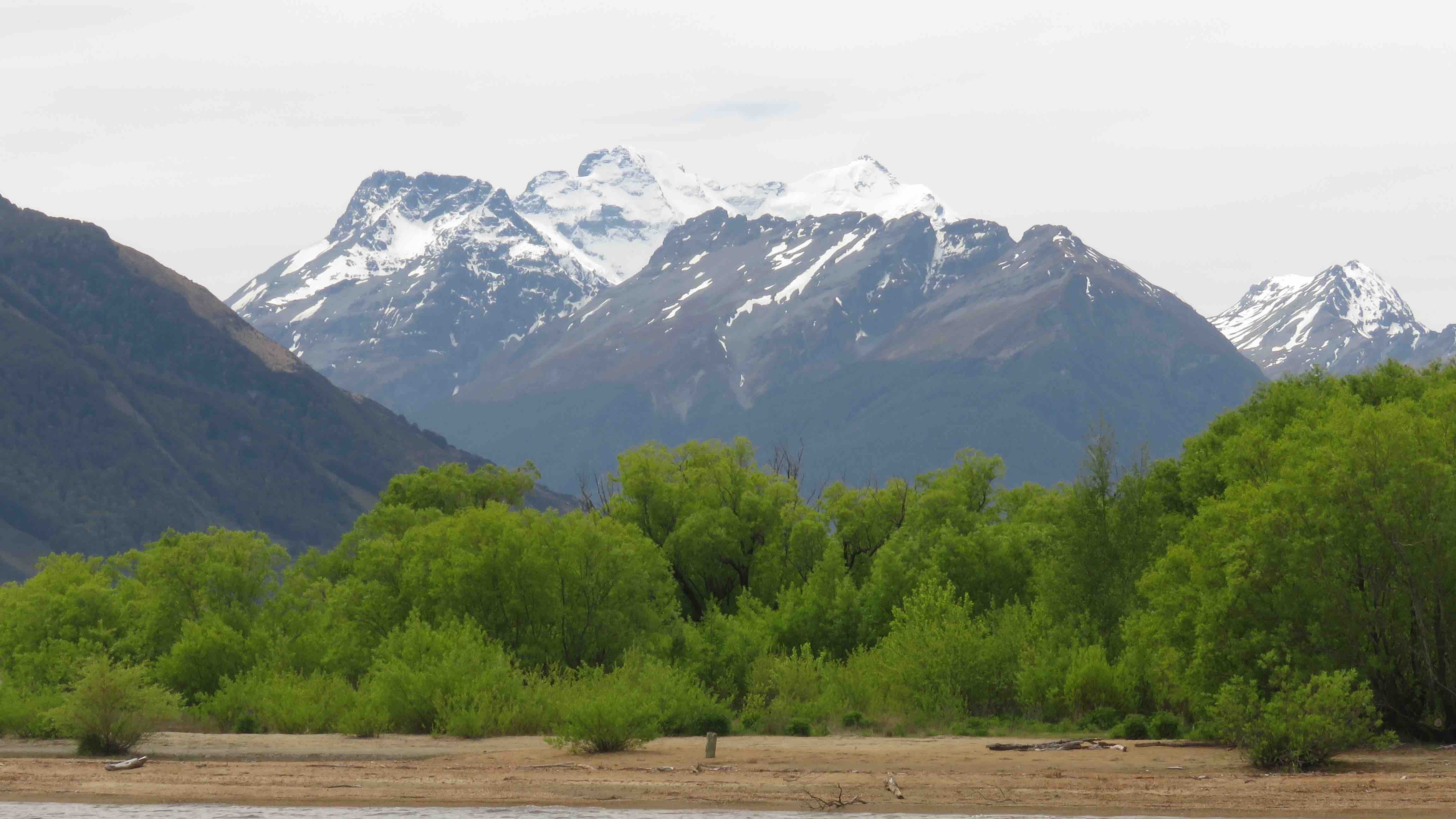 Now read about my visit to the Hobbiton film set here.